If you go down to the quarry today…

Not only did we have a bumper attendance of divers old and new at Cromhall this past Sunday for a number of training sessions but summer also re-appeared to bless the day with blue skies & sunshine (and your author with a touch of sunburn!).

I’m not sure I’ve seen the place so busy as van after van of divers turned up & spilled out, while other vehicles disgorged whole families seemingly setting up their family beach holiday on the Cromhall ‘beach’

Yes, it seemed like Cromhall was the place to be as Tim & Sue led a number of club members through various exercises from the Ocean, Sport & Dive Leader training lessons. 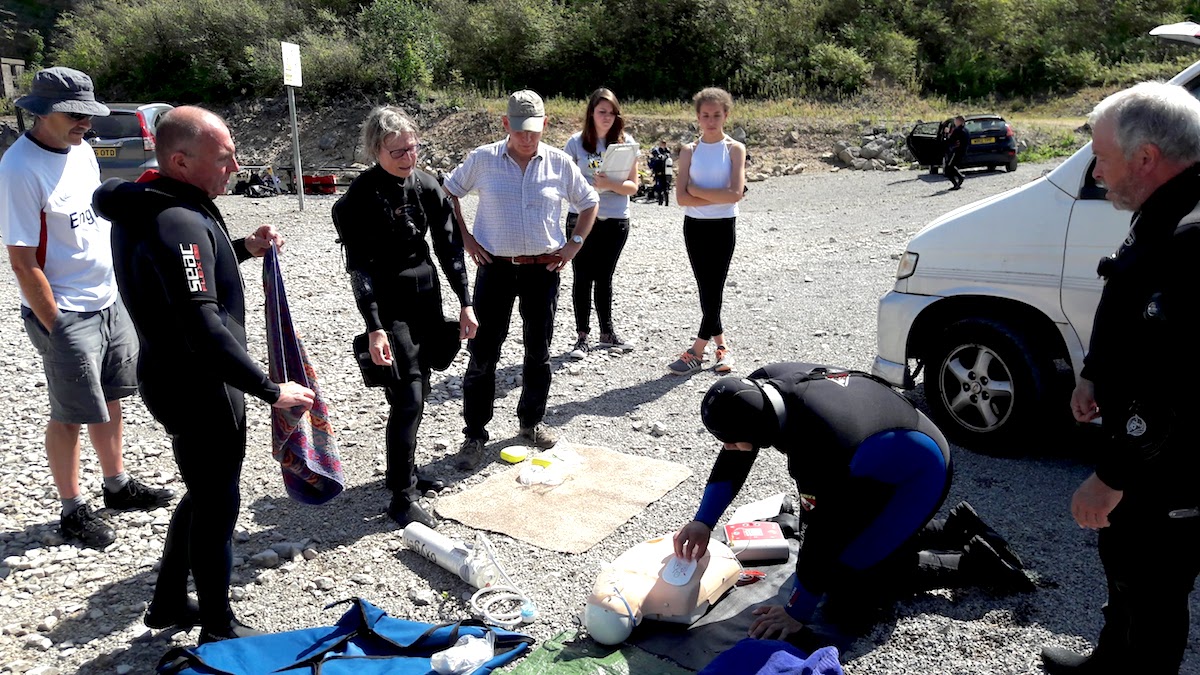 Abhi has a rapt audience!

Abhi & Kevin (monitored by Sue) swam off looking for 15 metres of depth to carry out a Dive Leader Controlled Buoyant Lift (CBL). In the end 14.5 had to do & Kevin drifted to the quarry floor as Abhi flew into action to raise his buddy to 6 metres using his BCD.

Then it was up to the surface & rescue breaths followed by a 50 metre tow to the shore with de-kitting as Abhi commanded the onlookers to ‘call the coast guard’ & ‘fetch the oxygen’. Kevin was swiftly replaced with the practice resuscitation dummy ‘Little Anne’ & Abhi continued life support – an excellent performance. 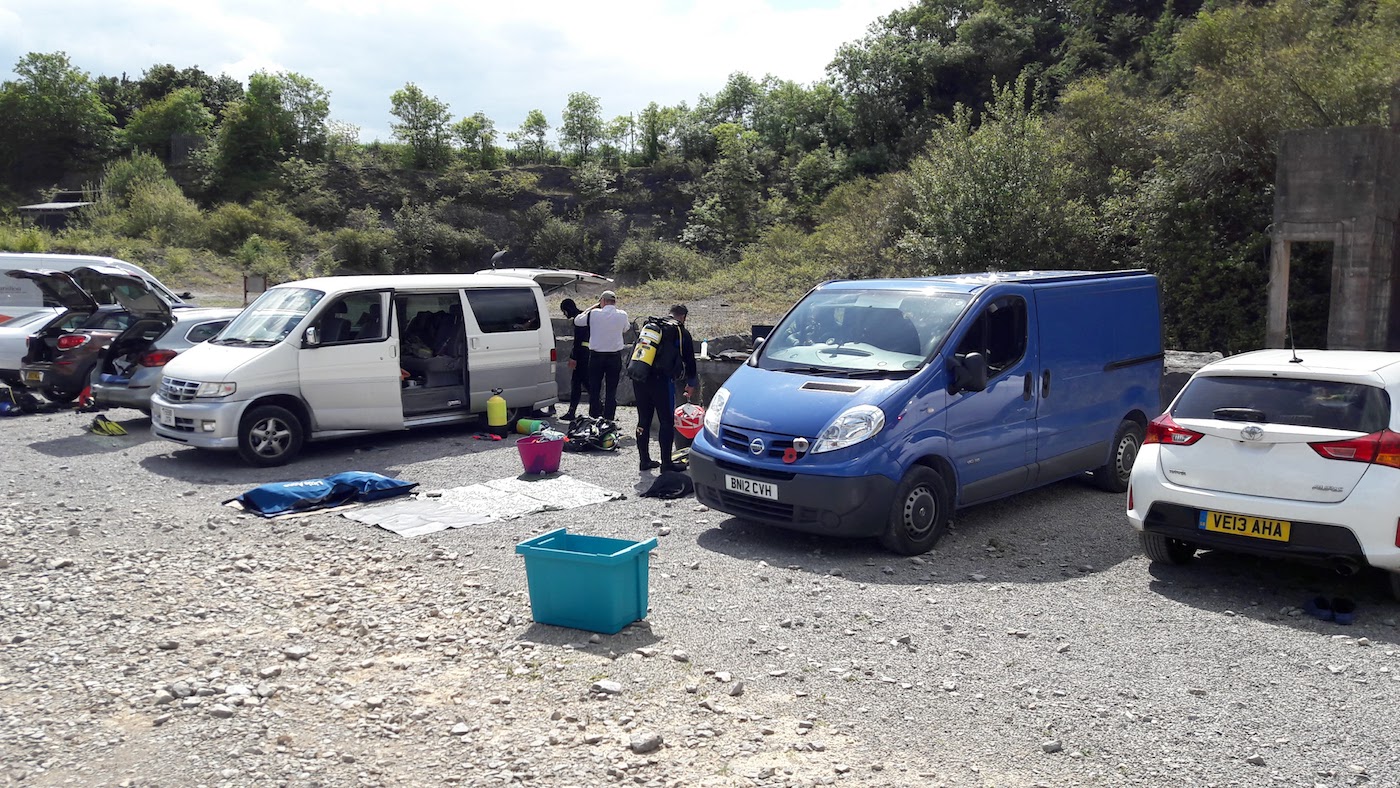 John has set up base camp 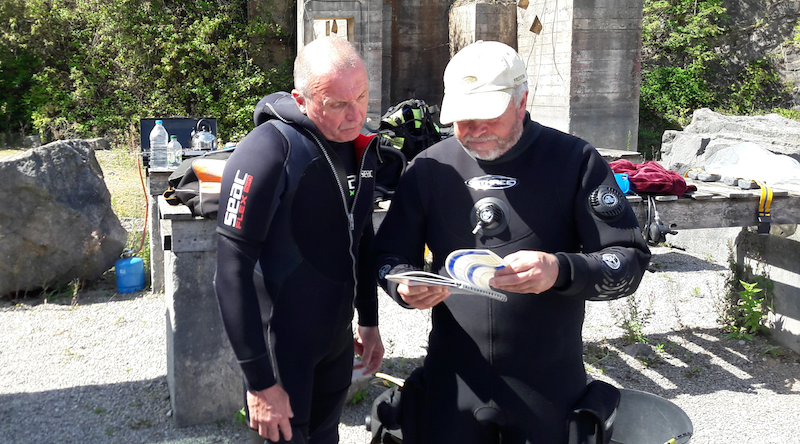 Tim then took Colin (BSAC 3rd class diver), a lapsed member from before Tims’ time (that’s saying something!) in for a refresher dive accompanied by Abhi. Colin commented later ‘a very enjoyable and worthwhile day.  I was pleased to feel it all came flooding back (no pun intended!) and l’m looking forward to the next outing’ 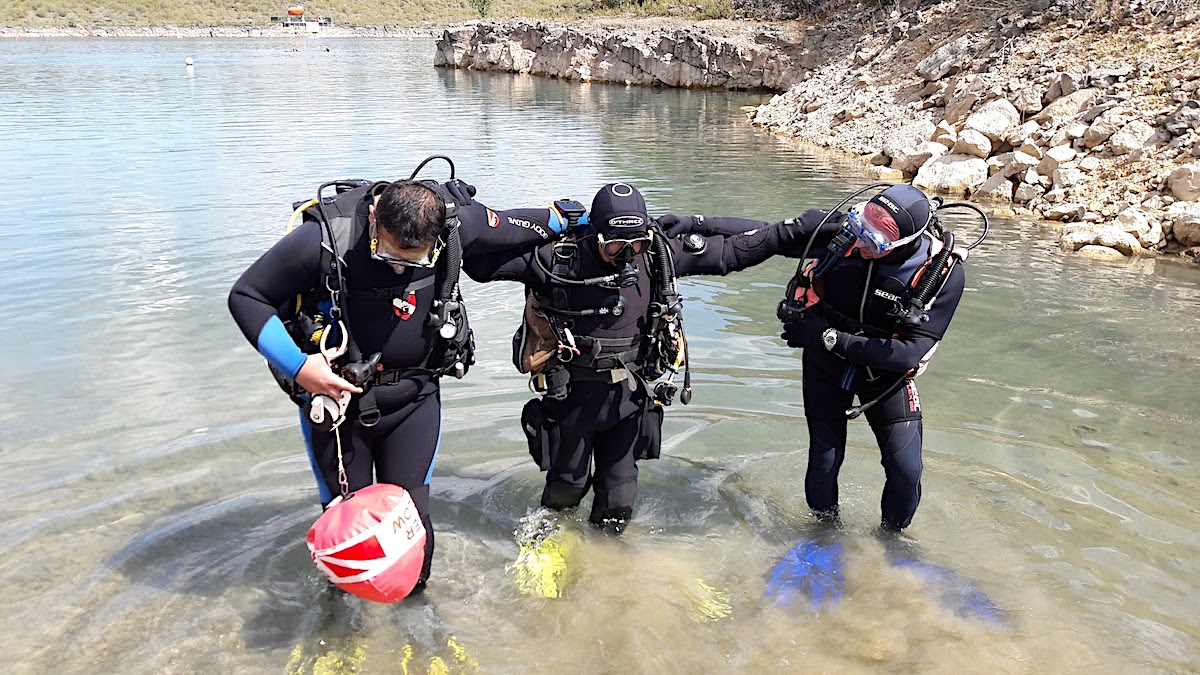 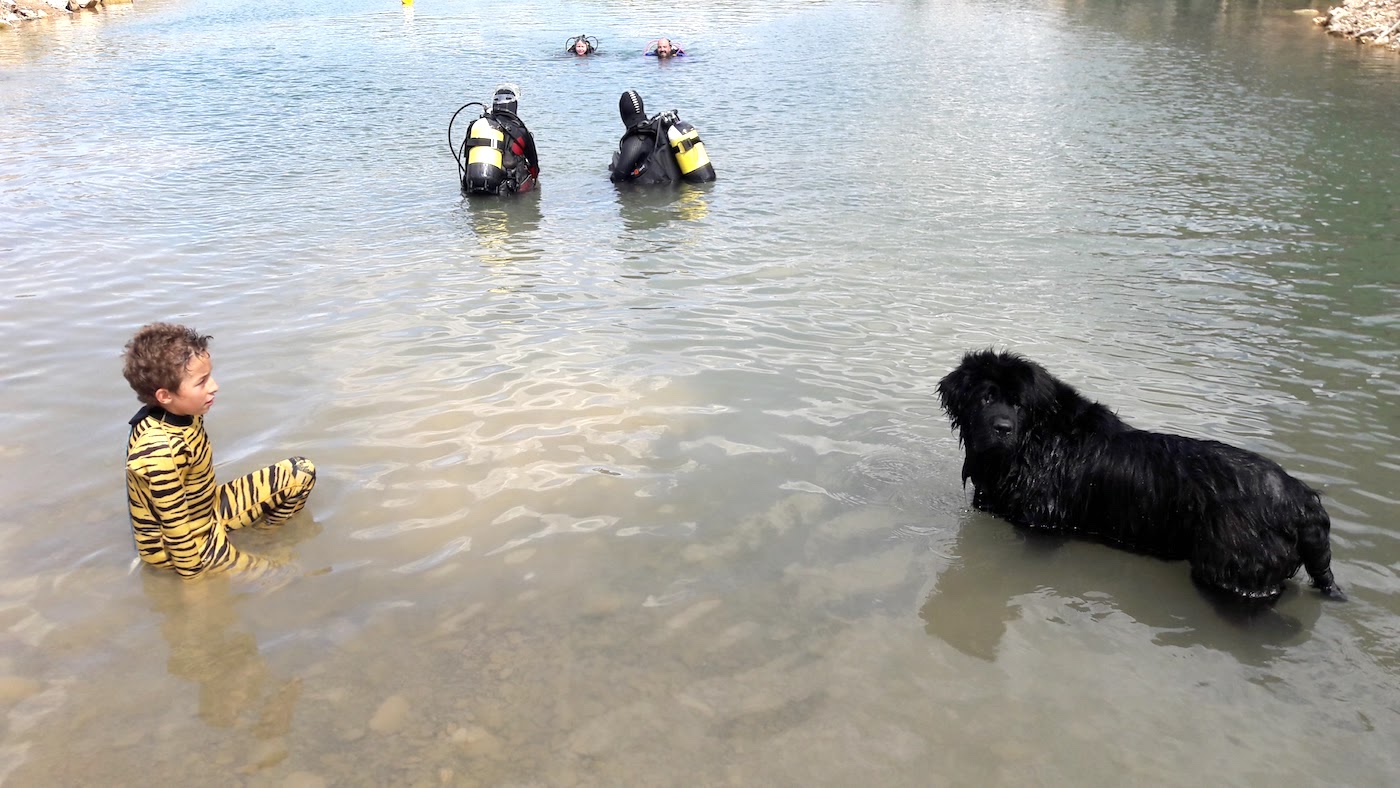 Tigers, a dog the size of a small pony & divers – everyone is here!

While Sam F in full tiger wetsuit took a few lessons from Colin in gaining confidence while floating the beach seemed to be inundated with dogs of all sizes and shapes, one of which, the size of a small pony had to be restrained by its owner else some of our returning divers would get the shock of their lives as it swam over them!

Sue then took Chloe & Zoe out for some Ocean Diver training wherein they learned some good lessons about buoyancy control. 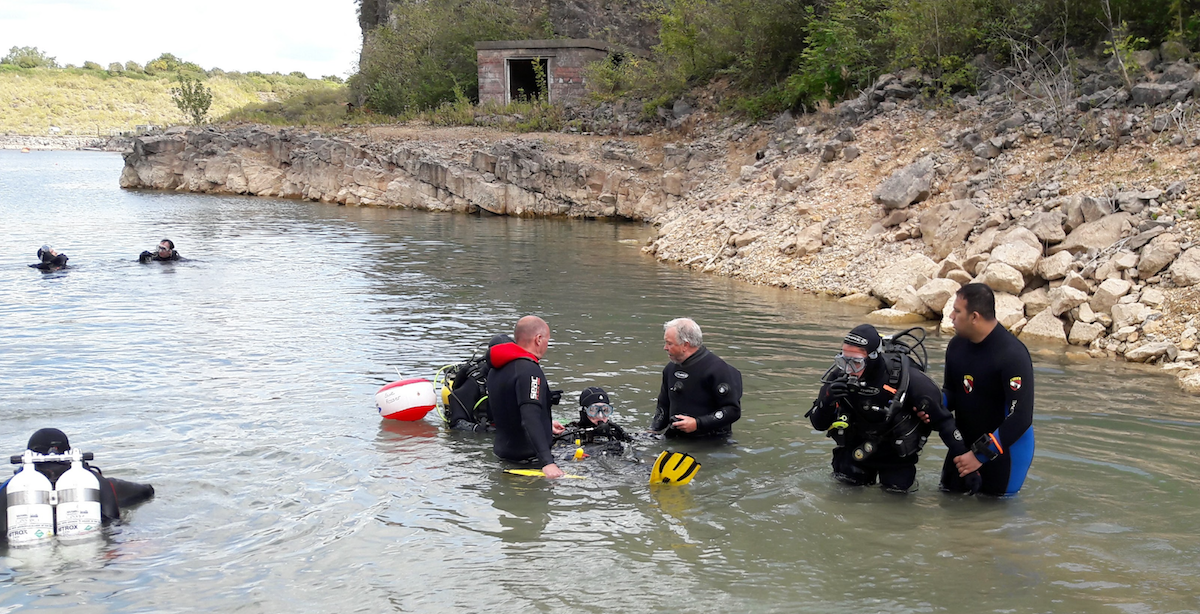 The finer points of buoyancy control are explained

Time was moving on so further rescue scenarios were delayed to another day & Kevin took Chloe out, accompanied by Sue to look for the trapeze, singularly failing to find it but instead managing to show her the boat, a bicycle & a large tyre (along with a lot of weed) – he sure knows how to show a girl a good time!
Although we didn’t get all the training in that was planned we did make excellent use of the time & all were agreed it was an excellent day with the efforts of Tim & Sue and all the supporting members & family much appreciated!

Bye Bye Cromhall – until next time!