One of Chris H’s favourite dives & a trip we’d tried to do a couple of times over the last few years but something had always conspired against us, whether it be the weather, the tides or availability, but this time it was going to be different!

Thurlestone beach – our point of entry

The omens were good: the weather would be dry but chilly (6 degrees), the wind would be Easterly and High Tide favoured us at 11:21am. What is more the motorway was clear & the last few miles on twisty Devon single track roads with passing spaces was relatively quiet.

The 5 of us (Sue, Chris H, Rob, David & myself) met at Thurlestone Golf Club car park where we’d been asked to park halfway down & pay in the bar or ProShop (a very reasonable £3 per car) by a very friendly employee who advised us that our original plan to ferry kit by car to the beach wouldn’t work as golf-balls would be flying over our route & part of the road had given way! so instead we opted for the top field & a walk through to the beach. It was a slightly strenuous activity moving the kit, more so the last 50 yards on sand but once done it was done.

Rob put up his tent & we all helped weigh down the ropes & canvas with appropriately sized rocks before Chris H gave us all a very concise briefing on the location of our intended destination: the Louis Shield & the scenic journey we would take along the reef to it on an initial SSW heading before turning east for the wreck when we ran out of reef. 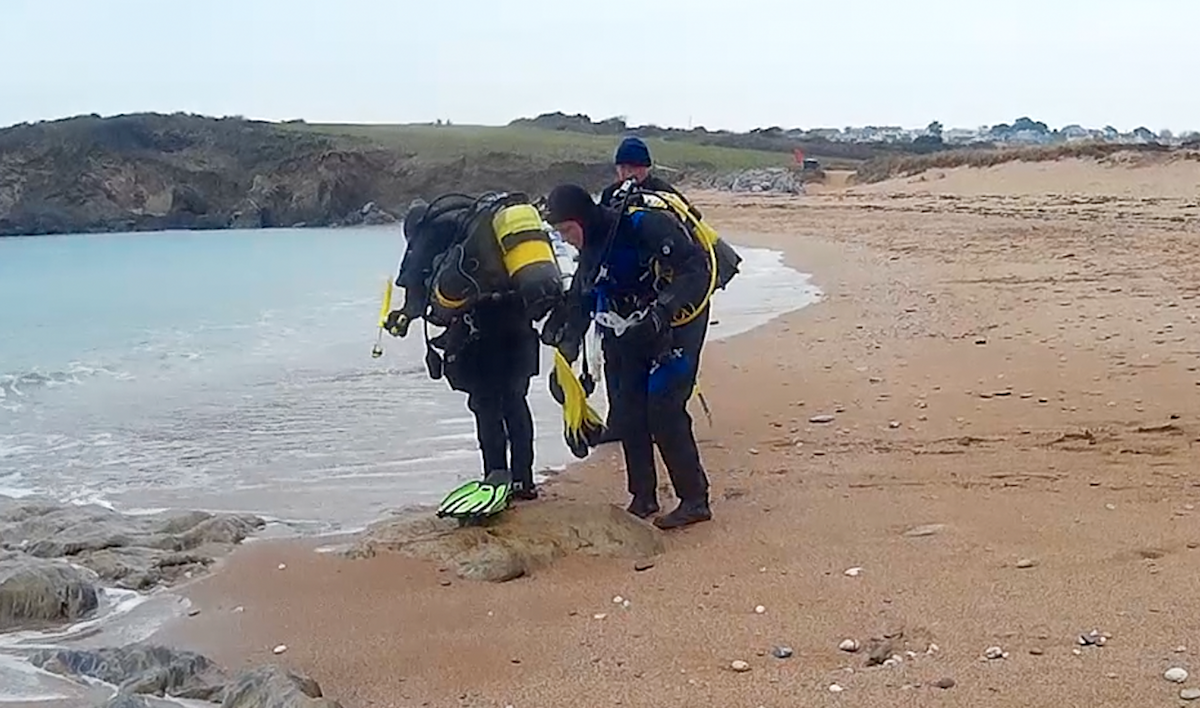 As we kitted up (Chris valiantly squeezing into a new BC he’d been assured would fit over a drysuit – it did, just!) we attracted the interest of a number of dog walkers out for a ramble along the coastal path who chatted amiably until it was time to ‘do the ‘diver waddle’ that is a must if you are to stay upright walking in fins!  Chris & I reversed in first & managed to stay upright while Sue & David were not so lucky!  (but karma would get us later!)  Rob minded the ranch as we set off for our prize! 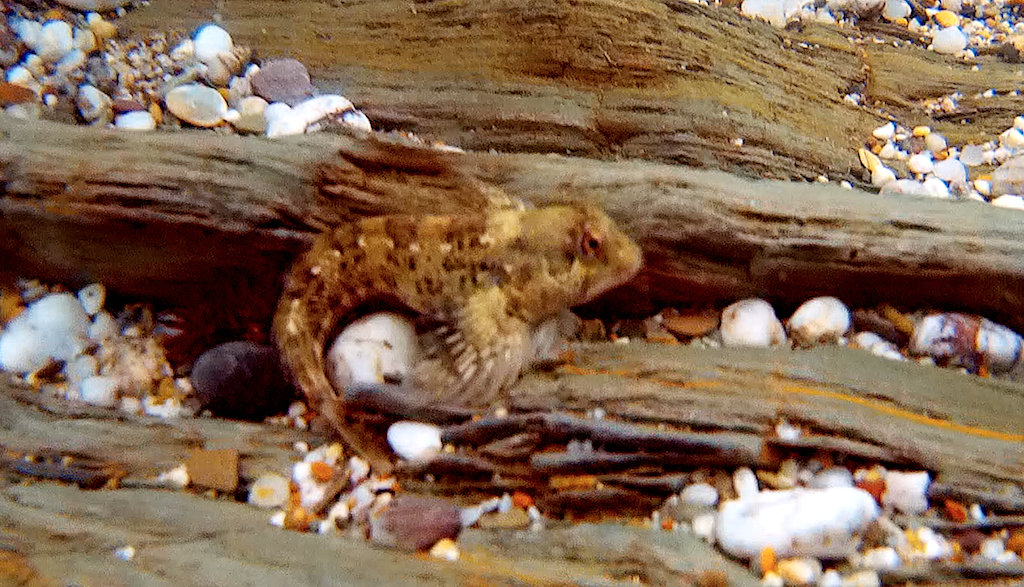 It was just after 11 so our timing was perfect! Chris led the way out with the reef on the left with Sue & David following; this would be Davids’ second sea dive having joined us at Brixham a month or so ago so we hoped it would be a good experience for him. Almost immediately Sue & David spotted a sea scorpion that was happy to ‘discover them back!’ and certainly wasn’t interested in moving 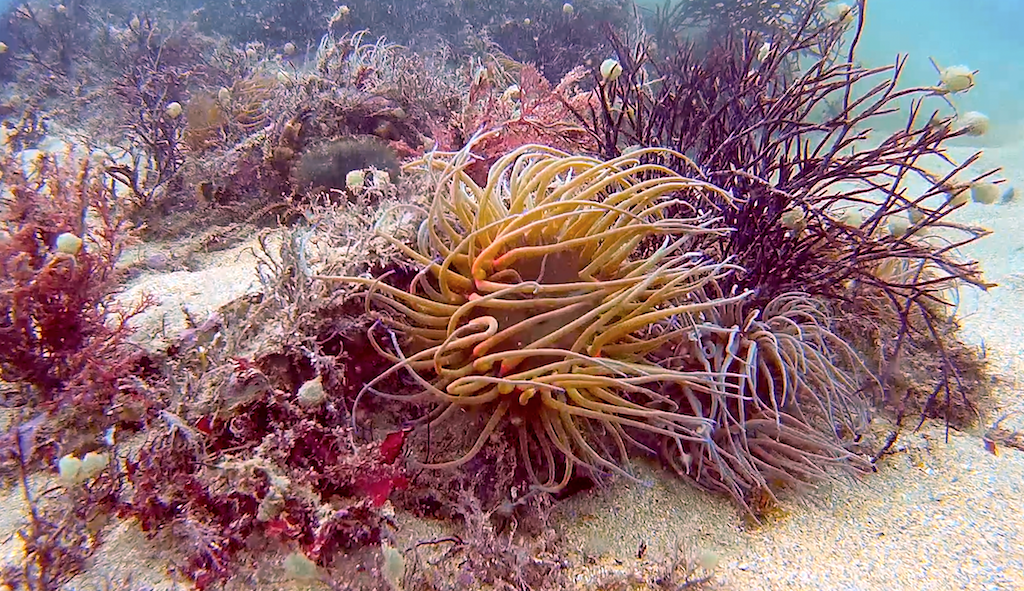 We moved on & the reef quickly turned from bare rock to floral carpets of a wide range of undersea growth, few of which I am qualified to name but there was certainly a profusion of snakelock anemones, various other anemones and other items that I’ not sure I’ve seen before on my UK dives!

Visibility improved within the first 5-10 minutes to around 4-5 metres – the bottom being sand it quickly settled if kicked up and we came across a number of crabs of various sizes as well as a couple of fish. 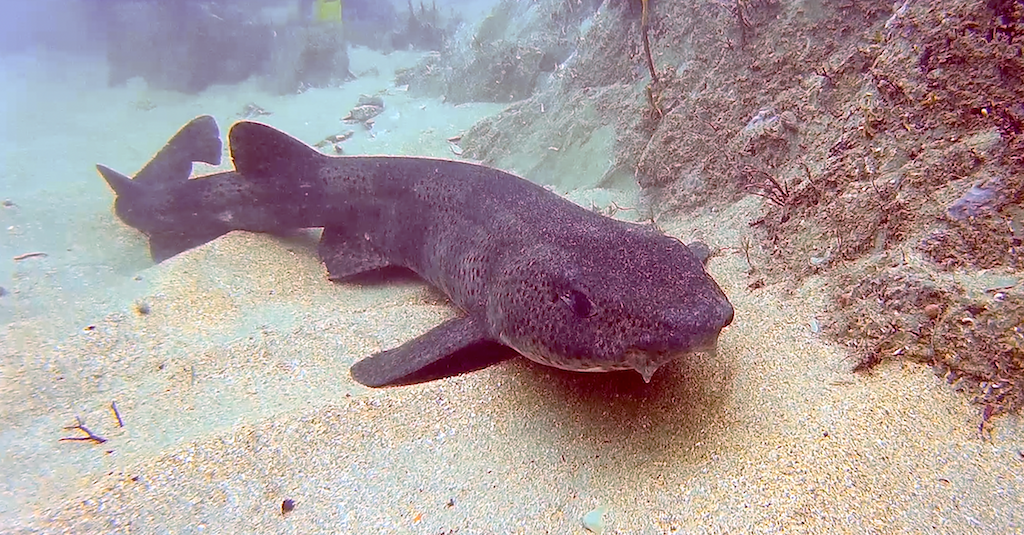 The reef started to break up into ridges of rock running roughly west to east and we were now 30 minutes into the dive & no sign of the wreck so Sue decided it was time for David & her to head back while Chris & I carried on.

In another five minutes there was still no wreck but one of the biggest dogfishes I’ve ever seen! He also was not interested in moving & watched interestedly as we passed. 5 minutes later & we spotted our first piece of wreckage & it wasn’t long before there were more until the two hulks of the boilers loomed above us. 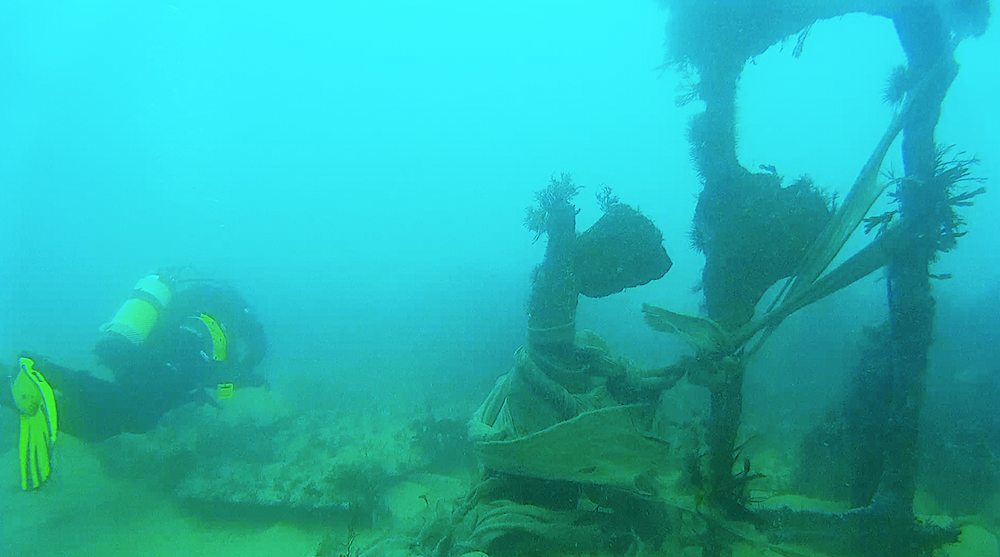 At last some wreckage!

Rounding the boilers we passed a number of fairly large pieces of unrecognizable wreckage, some occupied by lazy wrasse and a smallish spider-crab before coming upon the very impressive prop-shaft, still raised up & supported in part by the engine with enough space to easily swim beneath. 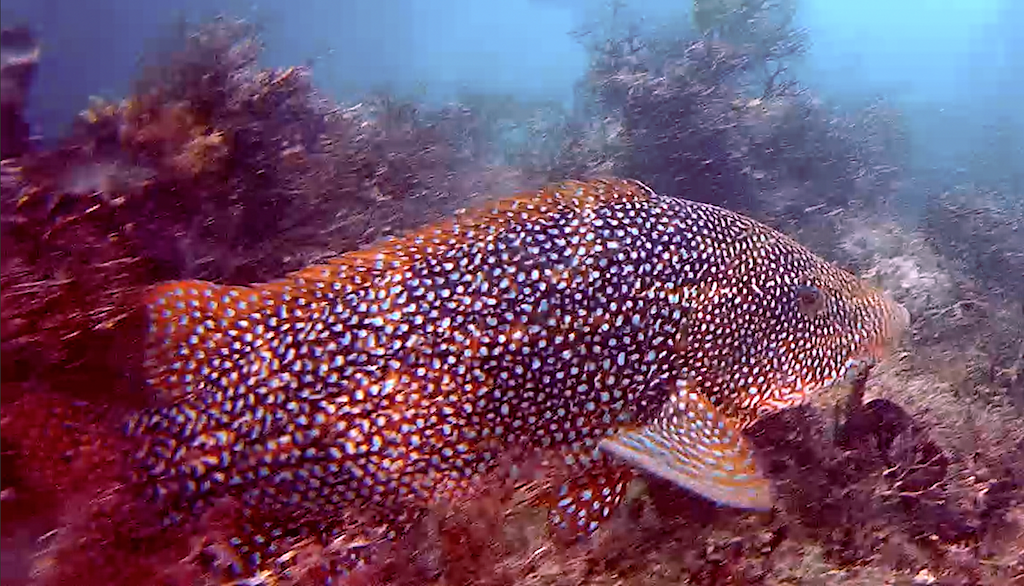 Everywhere there was plate & hull ribs but all raised off the sea bed so it was easy to distinguish them & for fish to dart down between them as we floated by. 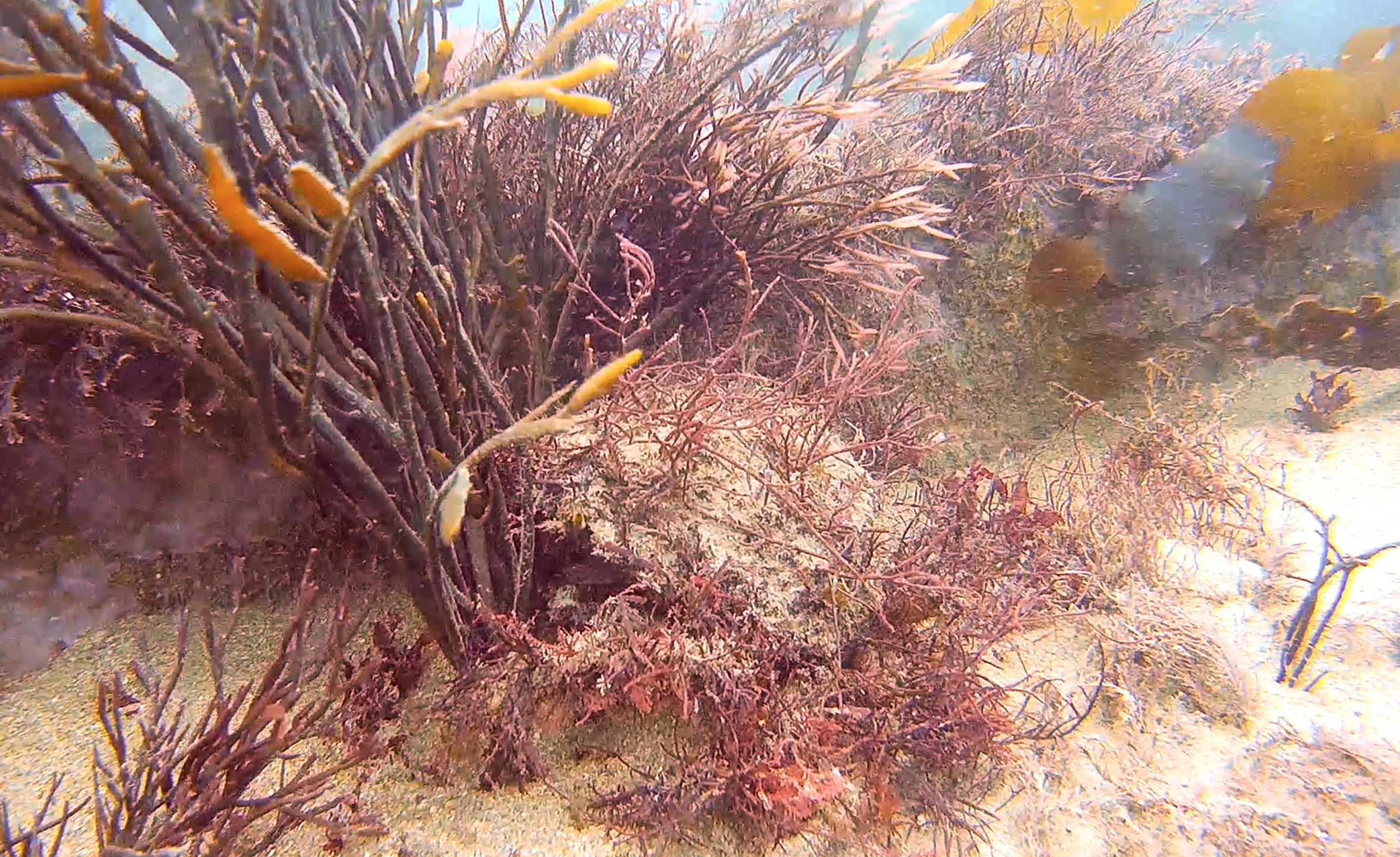 The journey back was equally scenic & as we approached 72 minutes Chris indicated to pop-up to orient ourselves before we did the final 6 minutes back to the beach – 78 minutes all told (a new record for me!).

We started the process to get out & thought we were in the home strait when karma struck & we were bowled over. We quickly recovered our dignity & our position to rest upon the rocks and catch our breath. 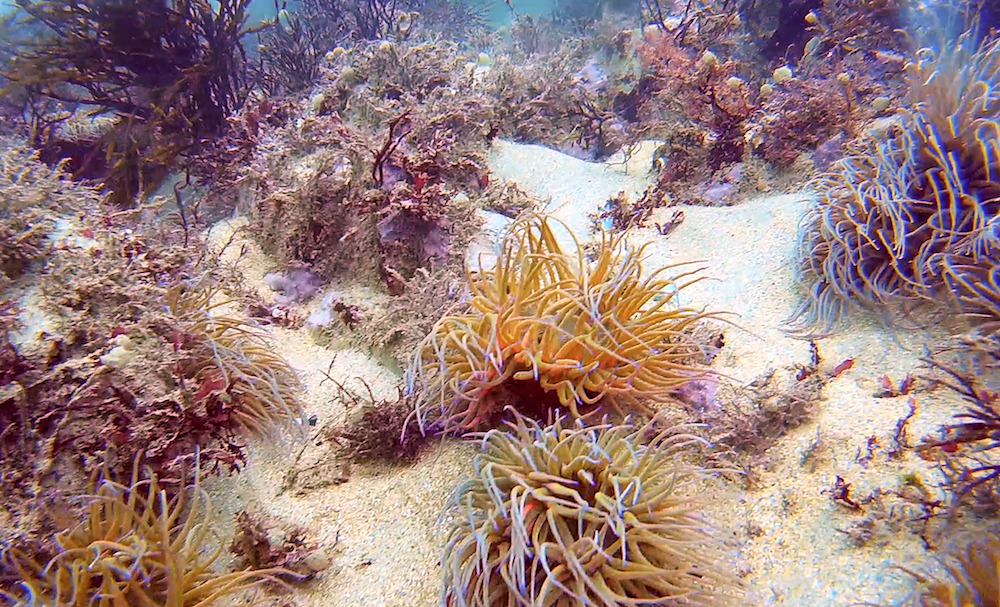 Rob, surely soon to be a saint, very quickly rustled up a seemingly never ending supply of bacon baps in the shelter of his tent & we reminisced about what a great dive it had been. 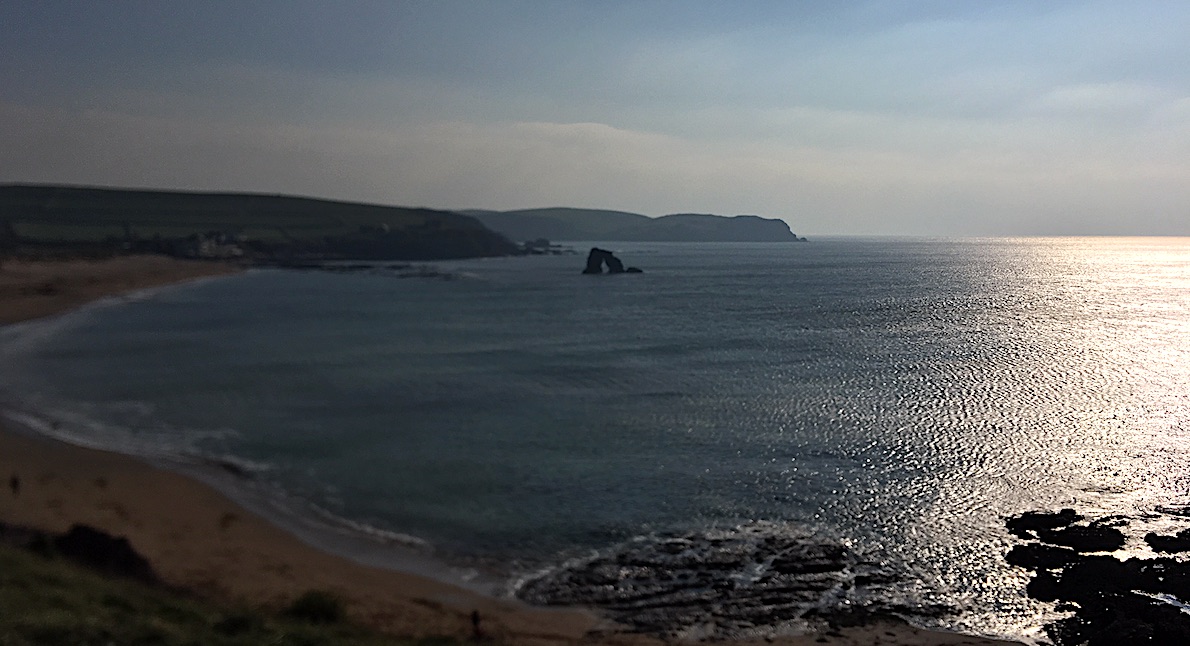 All in all a great day out, my thanks to Sue for suggesting we go diving this weekend (& for the gingernuts), Chris for driving (& being my buddy), Rob for the tent (& the bacon baps – a lifesaver) and David for his enthusiasm in joining us for this adventure!

We will definitely be back!