The weather has been abysmal, and I thought that this had significantly affected diving, for example the number of quarry dives must be a record with 147 at Cromhall alone.  A total of 1010 dives! were logged by members past and present, with another 5 by opportunity buddies. A staggering 571 dives were overseas!

The 50 year anniversary celebration, which added to the Cromhall total, was just fantastic and just shows what an extraordinary group of people have made up and contributed to the club past and present.

Just to emphasize how bad the weather generally was, when I’m not diving I’m always looking at the weather to see if it’s an opportunity missed.  This year this occurred on only two occasions, whereas previous years there have been many.  On the first occasion I was on my boat in Plymouth, the conditions were good, however the sea was pea green soup.  On the other, the club went to the Bretagne, however I was otherwise engaged.

Given the quantity of diving has been low, the quality has been good.  Even with poor conditions in Ireland we still managed exceptional diving including minke whales.  It was very cold at 10 degrees, that’s the coldest summer diving I’ve done which includes the Norwegian Fiords. What’s that rumour about global warming? We have done some fantastic dives on the Baygitano, the Bretagne, West Wales, Portland and more.  We have a new Clique forming, the retired and part timers who have managed a few mid week excursions, although I think more have been cancelled than took place.  Once again we have been to some exciting destinations, Cape Verde, Borneo, Mallorca, Cromhall, makes the Red Sea seem mundane.

The most number of dives was Tim with 87 and Jo second with 76.

Thanks to all those who came to Cromhall Quarry for our traditional Xmas dive. Some went in the water (a sensible 7 degrees after the heat of the Red Sea) and some ………….didn’t. However we all enjoyed the hot dogs and bacon rolls brought by Rob and cooked by Bob. Thanks to Rob for organising it and to everyone who brought tables, stove, utensils, kettle etc.

Sunday 14th December, 2008 : Cromhall – Fun dive (Tim, Jo)
Cromhall today – mirror flat calm before we disturbed it. Very beautiful, but can you see what’s wrong with the picture below? 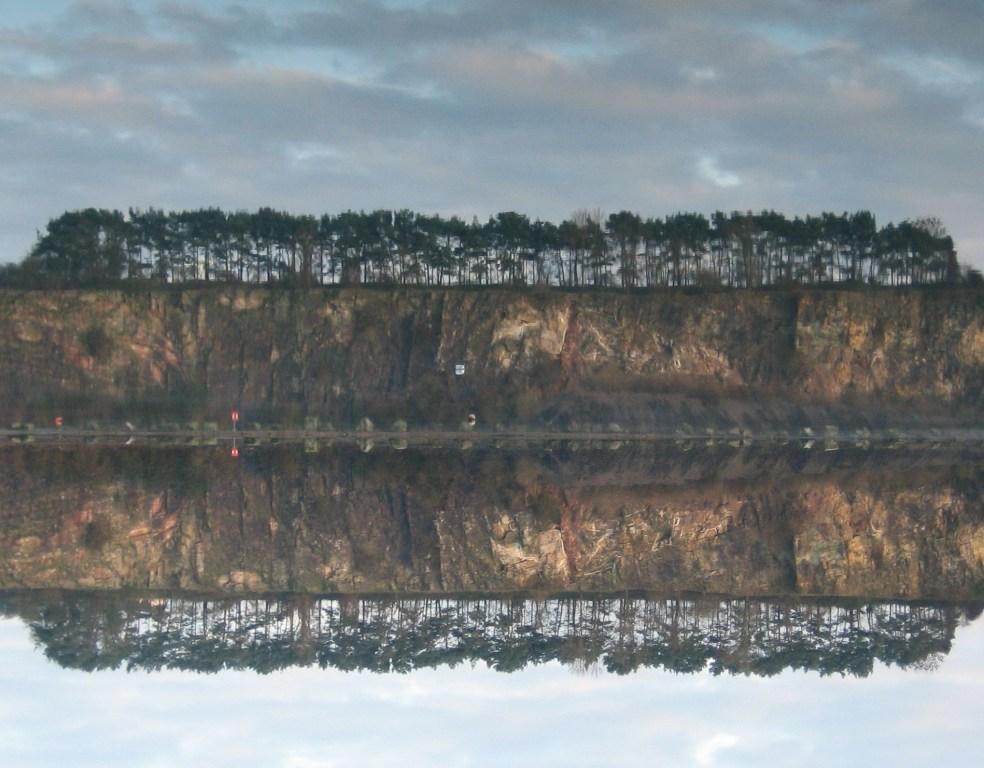 By the way, in case you haven’t worked it out – it’s upside down. The buoys and their reflections give it away.
Sunday 23rd November, 2008 : Cromhall – Training (Tim, Rob)