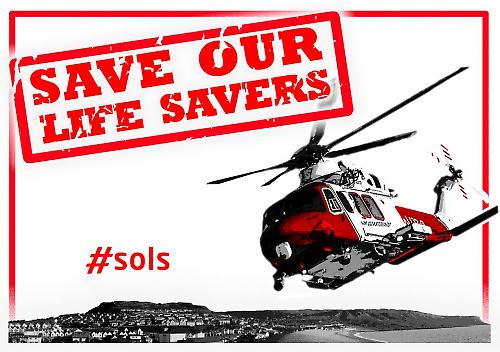 The e-petition ‘Save the Portland Coastguard Helicopter’ signed by you recently reached 16,303 signatures and a response has been made to it.

As this e-petition has received more than 10 000 signatures, the relevant Government department have provided the following response: The Government is committed to ensuring that helicopter search and rescue in the UK continues to provide a rapid emergency response capability for all those who have cause to call upon it. The Royal Air Force and Royal Navy are withdrawing from search and rescue in 2016 and the Maritime and Coastguard Agency (MCA) helicopter contract expires in 2017.

On 26 March the Department for Transport therefore awarded a contract that will unify search and rescue helicopter services in the UK under a single service provider – Bristow Helicopter Ltd. The contract will be managed by the MCA. The new service will utilise a full fleet of modern state of the art helicopters which will provide greater reliability and faster flying times than the current fleet, meaning it will be possible to operate a service at least as capable as today from 10 bases rather than the current 12, and historic incident patterns indicate that flying times will improve by up to 20%.

The Portland helicopter base will close in 2017 as part of this change to basing arrangements. Search and rescue helicopters are national rather than local assets and contribute to a UK wide emergency response framework.

The enhanced capability of the new helicopter fleet will provide greater reliability than the present service, and taskings which the Portland helicopter might previously have responded to will be attended by helicopters from other bases in the south. This is already the case when Portland, which only operates on a 12 hour basis, is closed. SAR basing and coverage was considered in detail before this decision was taken, and the Government is confident that the UK will be best served by the contract that was awarded to Bristow Helicopter Ltd in March. Lee on Solent (which is approximately 20 minutes flying time to Portland) is to remain open and other bases in Cornwall, South Wales and Kent will all be able to reach the Dorset area. These bases will all be operational on a 24 hour basis and will ensure a comprehensive, responsive and resilient SAR capability in the south of the country.

Though the Department understands that some people in the Portland area are disappointed by this news, we are confident that this stretch of the Dorset coast will remain extremely well covered by the new service. This e-petition remains open to signatures and will be considered for debate by the Backbench Business Committee should it pass the 100 000 signature threshold.

View the response to the e-petition