Saturday 2nd – Monday 4th May : Camping was at Bagwell Farm for our early May Bank Holiday excursion with the following committed to the cause (though not all for every day)! 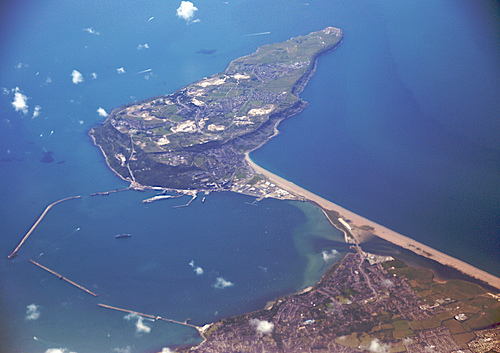 Castletown : The meeting spot was the car park at the Aqua Hotel; very diver friendly, with food, drink, air and they have toilets too!  The slipway on the small beach there was where we launched.

All in all the trip went off extremely well with over 40 dives completed. The Humber performed brilliantly and we  were able to carry 6 divers and a cox, doing three waves per day enabling most divers to get at least 2 dives per day. We dived some new sites inside and outside the breakwaters and were rewarded with some varied wildlife and scenery.
One of our newest members, Christos, had his first 2 boat dives, even though he admitted to being a bit nervous before going backwards into the water and descending into the depths of Portland Harbour.  (We did get him out again ); this finishes him off as an Ocean Diver – Congratulations !
Just to say a very big thank you to all who helped make it such a good event. Special thanks to Sue & Mike for the organisation, to Rob for towing, launching and recovering the boat (with some help from Laurence). Thanks also to the cox’s some of whom gave up a dive in order to drive the boat so others could dive, to Laurence and Mary whose van seemed to be the refreshment centre! And thank you to the D.O. for looking after us all so well over the weekend.