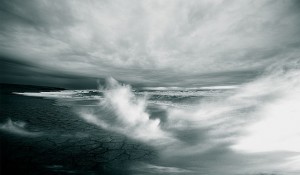 It’s a lovely part of the world with some great diving opportunities and the campsite is very diver friendly : Trevair -the owner is himself a diver, and air & Nitrox etc is available on the camp site. He starts pumping early and finishes late so it really is very convenient.

But the weekend was ever so frustrating; we had some lovely diving on the Saturday, the vis was so good it was blue under rather than the usual green!

Such a contrast to the pea soup we had at Portland on the previous Bank Hol weekend. Unfortunately thanks to the exceptionally foul weather that followed, that was the only diving that was done. Even the local hardboat operators were cancelling and turning people away!