16/17th April, 2016: An early start from Bristol for the first formal club outing of the year. A hardy bunch of 7 (Sue, Neil, Chris H, Chris L, John, Bob & Kevin) arrived in and around 9 at the Mountbatten top car park with Bob towing the Assault with her brand-new battery – we hoped for great things – or at the very least that she would start! – and she did and apart from a few teething troubles with the fuses (duly sorted by Chris L) she continued to perform admirably.

Kitted & paired up we duly launched & with the sun shining & the sea remarkably calm (winds were NNW) we headed to our first port of call. 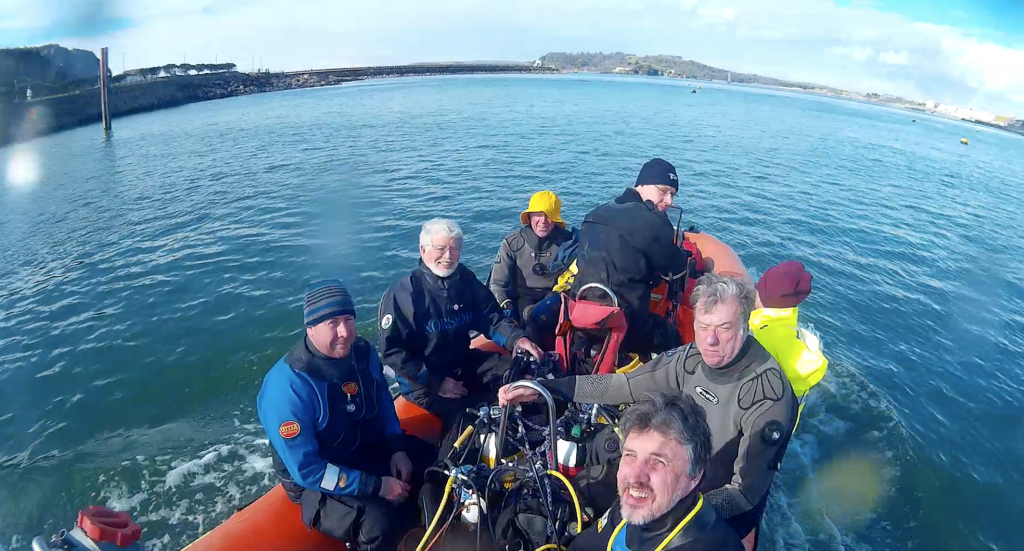 Dive 1: Glen Strathallan; we were not alone as 2 or 3 other boats had seemingly had the same idea & were circling having already dropped divers on a shot that apparently had been there for some time. Chris L. maneuvered the boat in & John/Bob, Neil/Sue & Chris H/Kevin headed down. Viz was not very impressive, perhaps 2m max and the bulk of the boilers emerged as a dark shadow out of the murk with the shot duly lassoed round them; I’m sure they would have been impressive had we been able to see all of them! Making the most of it we circumnavigated them, explored the tubes & then the very spread out wreck around them – once a trawler & then a millionaire’s toy before being sunk especially for divers the ship was subsequently blown to pieces later as it was deemed a shipping hazard. 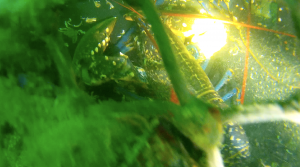 The scattered metal spars & pieces of plate left plenty of scope for marine hidey-holes but there wasn’t a lot in them; a few wrasse & an unfortunate group of lobsters in a pot.
A very nice baguette at the burger van near the car park – fondly remembered as equally good from last July, sorted many of our luncheon needs.
Dive 2: The Breakwater Fort; there had been some discussion about diving the fort on our way to the Glen but we noticed a large navy vessel (the Wave Knight) moored nearby & had pretty much ruled it out. Chris L checked on the radio & the advice was we could dive if we stayed 100m from the ship & told them when we were going to start & stop. Reaching the Fort this time we were the only boat & so duly dropped our divers in for a meander round the walls & environs. Pretty murky again (2m max) but a reasonably interesting dive – started in 1861 & armed in 1879 the fort was part of the defences for Plymouth Sound & then in WW1 was used as a signal station and in 1937 as an anti-aircraft training school. The walls of the circular building extend 12m or so to the sea-bed and are home to a wide profusion of rare pink sea fans (that occupy many other flat surfaces) while the environs contain a lot of debris:, a massive tubular framework, old ironwork, digger scoops, a fishing boat, a decompression chamber etc from use as a training area for commercial divers welding, cutting & lifting. This again leaves plenty of places for our watery friends to hide. Life spotted included, plumose anemones, starfish, a shy conger, friendly wrasse, muddy looking sea-squirts and scallops. An easily disturbed layer of silt covered everything. 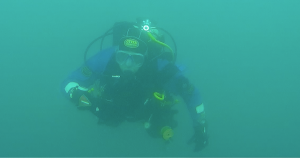 Cold was the main enemy of those diving, while the bulk of the fort meant keeping an eye out for emerging divers was a little tricky – they could easily be round the other side of the structure..
Scooting back it was time for a change & freshening up and then look for dinner. The Hotel Mountbatten was heaving (possibly something to do with the half-marathon scheduled for the next day!) & it took some time to find a table – I’m sure John will take all the credit due to his flirting with a waitress! But once settled we tucked into a hearty meal as befitting our very active day!
Overnight accommodation on the top floor of the Mountbatten centre was spartan but comfortable enough & the drying room was appreciated for those of us whose dry-suits had been less than that!
DIscussions at breakfast with other divers ruled out the James Eagan Layne (<1m viz) & several others, in fact the consensus was you needed to get well away from the shore. One group was heading for the Eddystone and half our group jokingly asked if there were places! 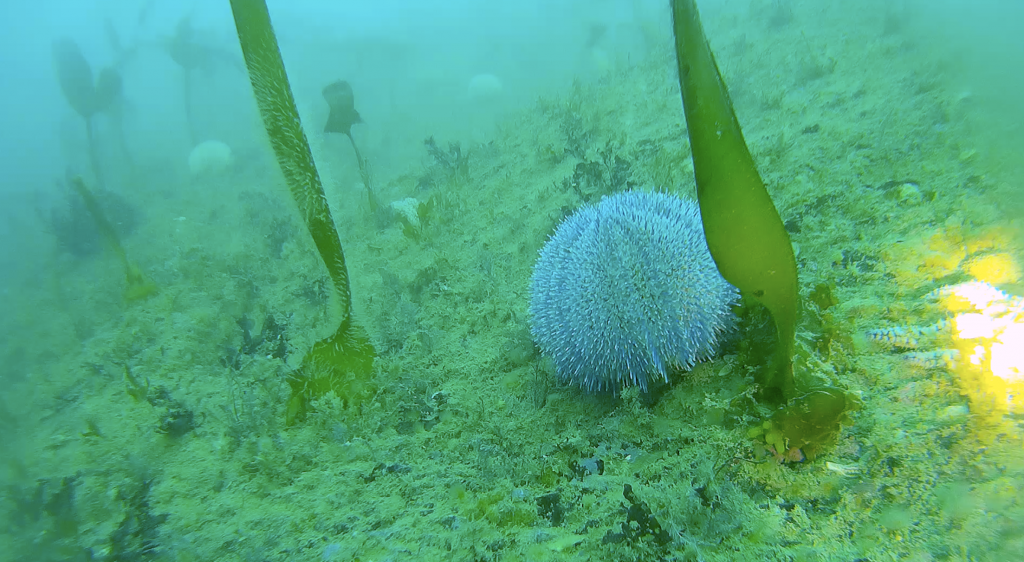 Dive 3: Mewstone; ever optimistic and with Chris H, duly coxing a second time we bounced out of the harbour in the sunshine & headed east with similar buddies to last time but with Chris L/Kevin in first, followed by Bob & John and then Sue & Neil. For the first 10 metres it looked like we’d lucked out but then things started to clear & by the time we neared 16m we had a decent 4m viz – result!  For our dive Chris & I swam down one of the gully’s against the light current & then up & over & back along another, heading ever deeper. Much more life here, the usual inquisitive wrasse of all sizes, along with dead mans fingers, sea squirts, yellow sponge, white & blue anenome’s, crabs and so on; perhaps not the ‘Piccadilly circus’ I remember from my first Ocean dive here back in July 2015 but still a marked contrast to yesterday 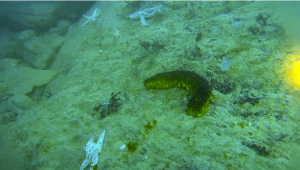 While retrieving two divers we watched in shock as a fast-moving boat literally ran over Bob & Johns’ DSMB – it was lucky they didn’t choose that moment to surface! Chris L tried the radio but they didn’t acknowledge!
Having safely landed Bob & John we saw Sue surface but it was another 5 minutes until Neil appeared & we were all aboard for the trip back.
All in all, despite the low viz on Saturday we couldn’t complain about the weather or the boat, we could complain about the cold (particularly our feet) but Sundays’ dive made up for a lot and it was good just to get out & have some fun away from the daily slog. 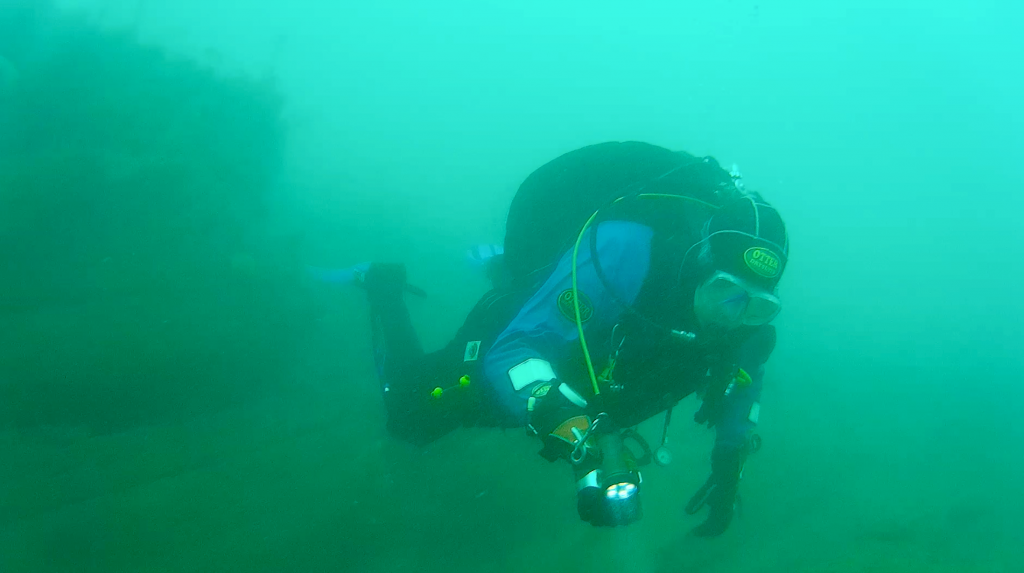 Our thanks to Bob for towing (& Rob & John for sorting the boat battery), Chris & Chris for coxing, Neil for organising, the drivers for getting us there & everyone for making the effort. Where next?