With the South Gloucestershire Show nearly upon us we wanted a fairly simple and straightforward event for the August Social Evening and so it was decided to have a game of Boules up at BAWA. I knew I had a set somewhere but wasn’t sure where they were, so put out a request for others to bring some just in case. After a bit of a search I found them, but oh dear, what a sorry state they were in. Metal boules are not well suited to be used on a salty beach (as mine had been) and unfortunately they were very, very rusty. I gave them a quick sand with glass paper followed by a wipe of ‘Three-in-One Oil’ but still they looked very sad indeed, however I supposed better than nothing.

The Boyes family turned up with a nice new and shiny set of similar model metal boules; but because of the numbers I unfortunately still needed to use mine and it was a bit embarrassing. To give myself some cover and credibility I thought I might pretend that I had found them on a wreck! They looked like they might have been. I thought better of it however as if word got out, I might fall foul of the Receiver of Wreck!

We needed to divide into two teams and so the obvious team names were, ‘The Shineys’  and, ‘The Rusties’. The rain held off and a good fun and quite competitive evening was had. Once the light had faded such as to make it difficult to see the jack, we ended the boules and from the back of my car set straight about the Pound Shop (Boot Sale) Raffle. It was the first time for a few and as usual, very good fun. Strangely Alex was absolutely delighted with the gnome he went away with! 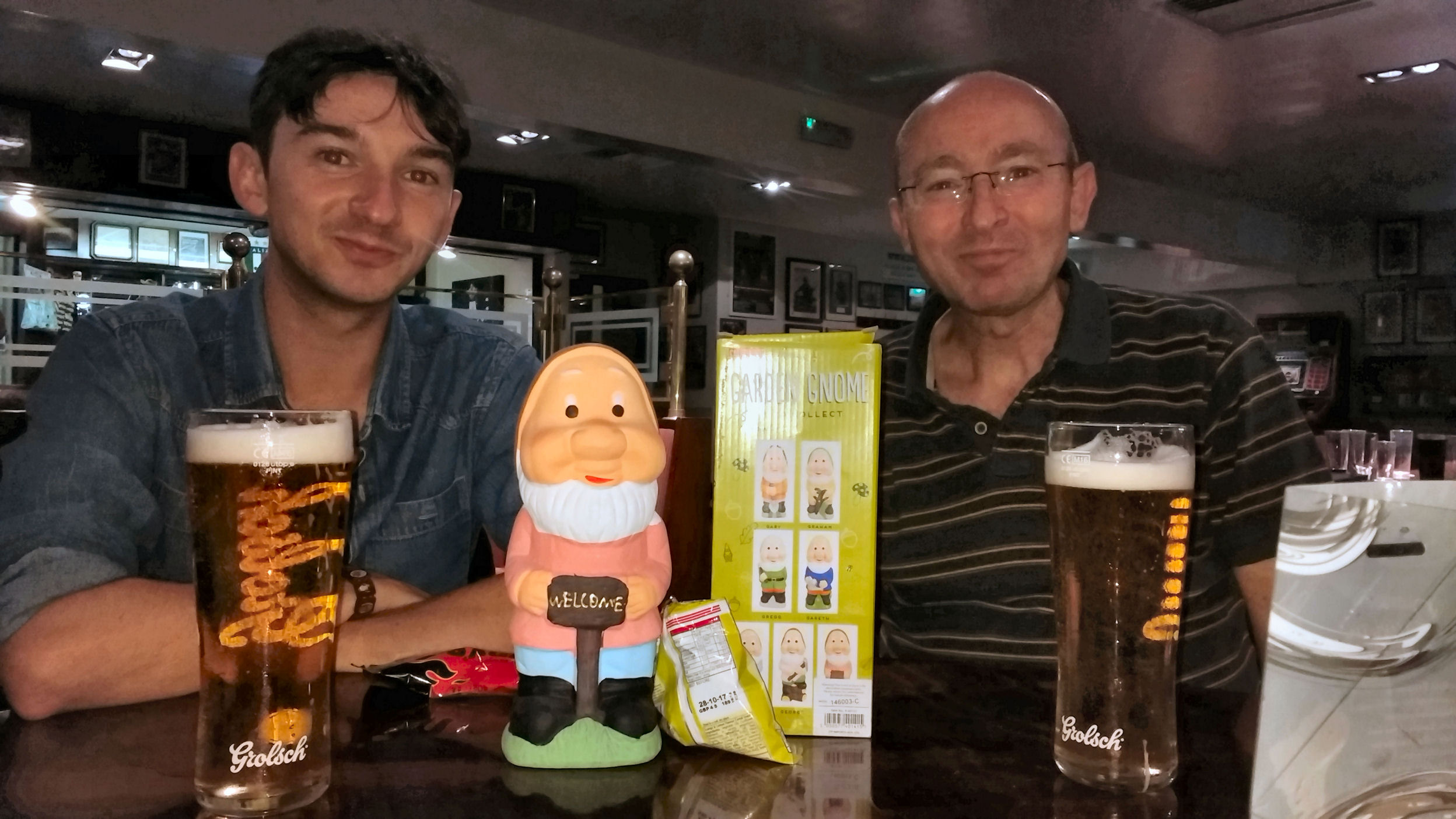 A pair of very happy winners!

The evening was rounded off in the Sports Bar with a drink, chat and shared consumption of a delicious Easter Egg (one of the other prizes). Good times were had by all and a nice contribution to club funds 🙂