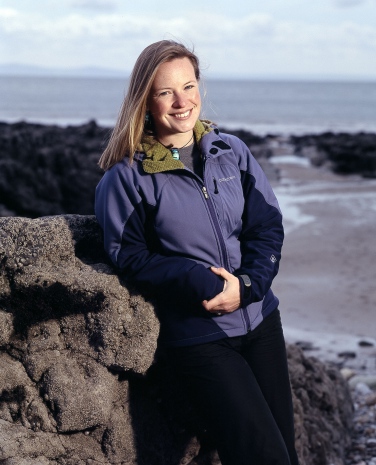 21st January, 2007 : On the evening of Thursday 8th March 2007, Miranda Krestovnikoff, presenter from the highly acclaimed BAFTA award winning BBC TV series“COAST” and diver extraordinaire, will be visiting us at BAWA, Filton, Bristol, to talk about her experiences. “I will be giving some background information on how I got into the media and diving scene… tales from filming 2 series of “Wreck Detectives” for Channel 4, and then 3 series of “COAST” for the BBC, plus what I get up to in my spare time”. It promises to be a fascinating and highly entertaining evening.

Proceeds from the event are to be split equally between Severn Area Rescue Association (SARA) (Reg. Charity No. 5055004) and Bristol Aerospace Sub-Aqua Club (Aerodivers).

Tickets are priced at £4 each and include a light buffet, a bar will be available before and after the presentation.

There will be an opportunity to buy copies of Miranda’s new book, ’An Eyewitness Guide to Scuba Diving’ which has just been published (signed of course!) and also some “COAST” material.

“COAST” was first broadcast in 2005 and broke records with its viewing figures for a BBC2 documentary series. Since then it has been repeated many times on BBC2 and on UKTV. Filming for a second and third series has continued in earnest over the summer and the second series started on Thursday 26th October at 8 p.m. on BBC2. A third series will be broadcast in Spring 2007. Miranda presents the diving and wildlife stories around the coastline and this year she dived in Porthkerris, Brighton, St. Abbs and Orkney and also has many snorkelling stories including swimming with basking sharks, puffins, common seals and much more. She has recently spoken at Dive 2006 and was very well received.
As many off you may know, our club already has an association with the “COAST” series as Alan Roberts is the father of Alice Roberts, the other female presenter from the series.