As we neared the bank holiday the wind was dropping & the omens were looking good with sunshine forecast for Saturday & the chance of rain on Sunday – but the words Bank Holiday are there so needless to say we got thrown a few curve balls!

Tim, John, Bob & Steve established base-camp on Friday (somehow it was the ‘Clayton party’ despite Tim organizing things!), Rich arrived later that evening and on my arrival on Saturday I was regaled with tales of seeing the space station & then the most fantastic thunder & sheet lighting the party had ever beheld – the weekend was already starting out memorable! 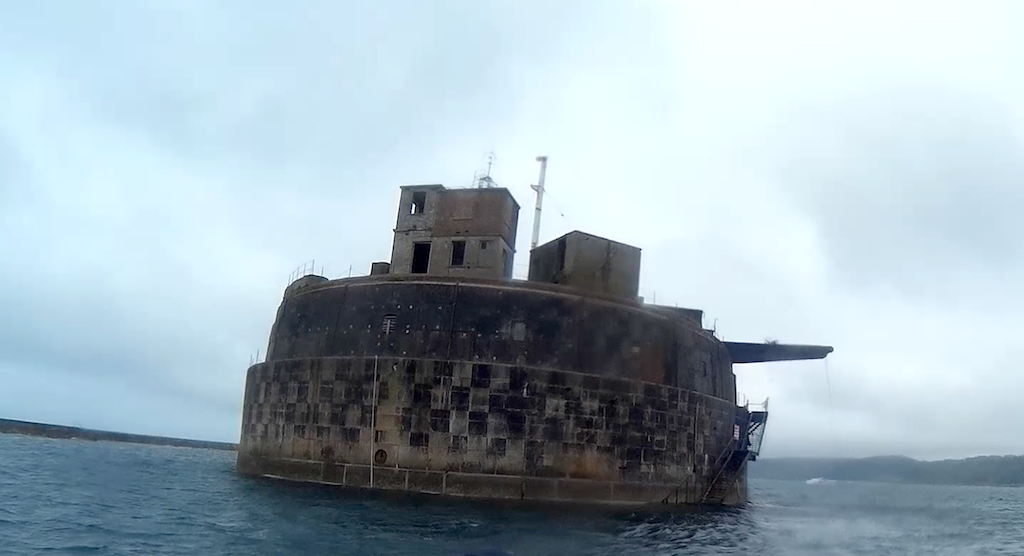 The Fort beckons under overcast skies

With rain arriving unforecasted we set about readying the RHIB & as the wind hadn’t dropped as much as expected TIm opted for diving the Breakwater Fort so Steve duly piloted us that way. Tim & John were first in with Rich & myself following. 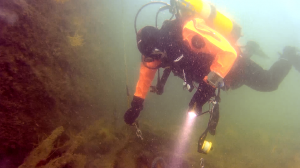 Descending viz wasn’t looking too hopeful but cleared to around 3 metres which was enough for a good rummage and to be entertained with a number of wrasse, to admire the fans, star-fish & other denizens. The current was fairly running so at one point we pulled ourselves along by grasping the plentiful debris scattered around the forts’ base – nothing like an underwater workout! 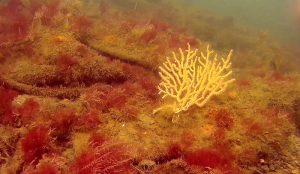 When we surfaced the clouds had cleared & the sun had broken through & the whole area was awash with dive boats, both hard-boats & RHIBs – it seems our Diving Officer (TIm) was right on the money with this being the place to be!

Not only that but true to form he had some booty! – he’d found a rifle shell casing! 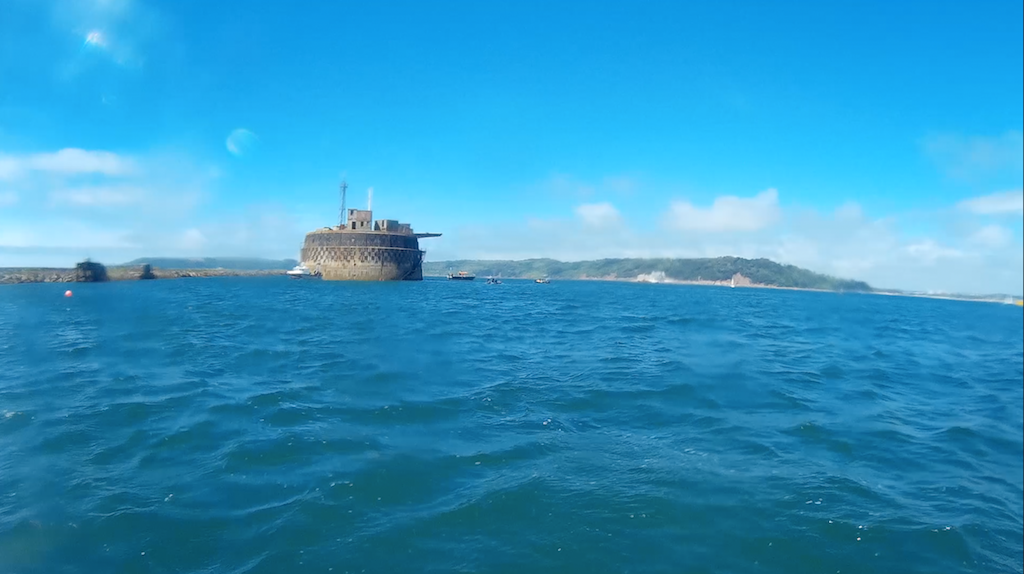 Rush hour at the Fort

Steve & Bob opted to dive the Eastern end of the Breakwater away from the tumult of busyness that was now the Fort & reported low viz but plenty of close-up life if you looked hard enough!. 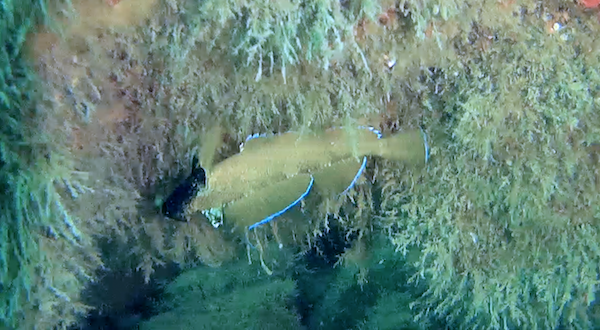 We headed back to break for lunch & grab some fills before heading out again. Tim took us outside the harbour but it was still too rough (we later heard other boats went as far as the Persier & then headed straight back!), we considered Drakes’ Island but were advised that with the current state of the tide it wasn’t worth it so we headed for the Eastern End of the Breakwater. 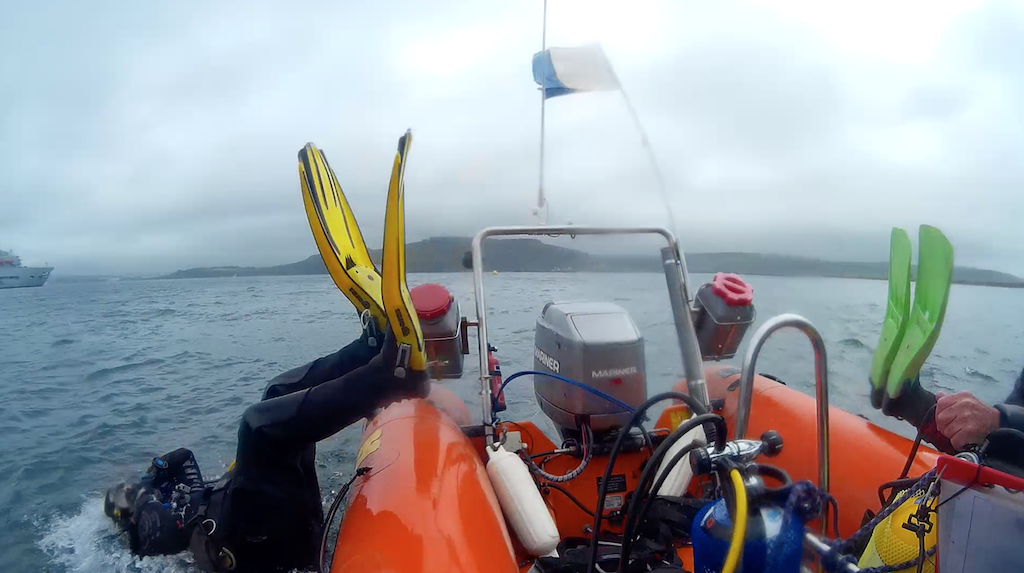 It was Tim & John in first with RIch & myself to follow (Steve & Bob opting not to dive – Steve obviously having too much fun piloting the boat!). Though the viz was worse than the Fort it cleared a little once down & we enjoyed it as a chance to perfect our best Tom Cruise Mission Impossible spread-eagled drift eastwards past the tumbled rocks, kelp, seaweed, wrasse and a large spider-crab that Rich spotted! 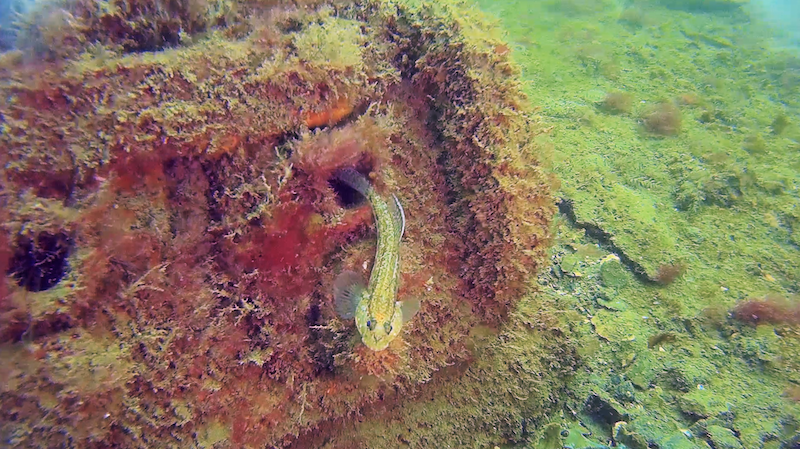 A denizen of the Fort debris

Underwater activities complete we headed back to Venn Farm campsite to scrub up & then visit the local hostelry, the FoxHound (a place John has seemingly become well known, for all the wrong reasons!) for some well earned refreshments. I have to say this is one of the friendliest pubs I have visited & both their beer & superb food make it a place I’ll want to visit again! 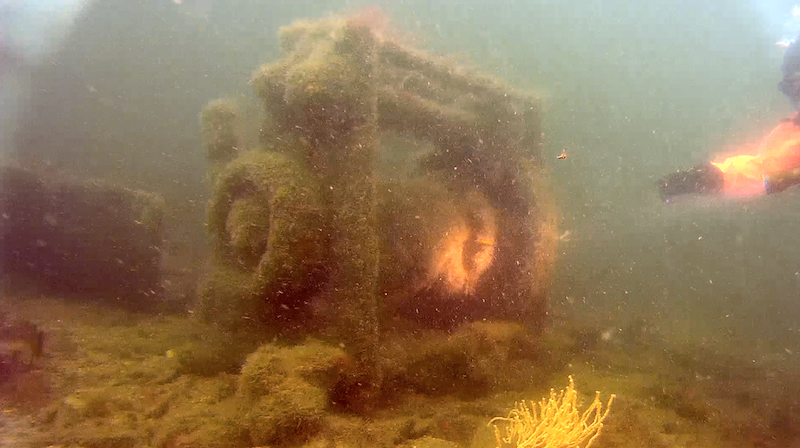 Strange contraption near the Fort

An overnight on the campsite to be wakened by a dawn chorus of birdsong & lamb bleating – its’ very rustic finished off the excursion nicely & the traffic back to Bristol was fine to boot!

A very big thank you to Tim for organising things & for my colleagues for attending & making it possible:-)