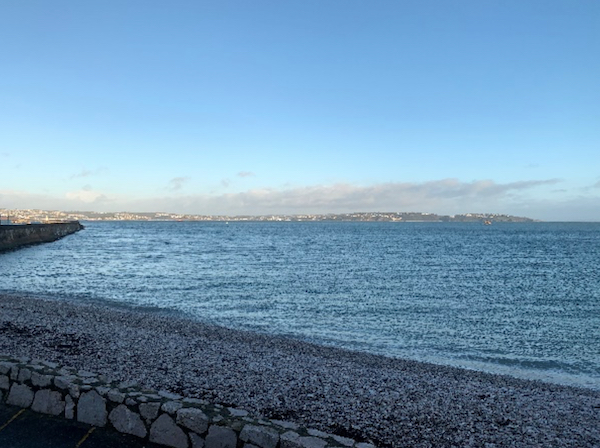 We left wet and windy Bristol at 6:30 in the morning to meet at 9:00 at the sunny Brixham Breakwater Beach. Tim and Tamara got stuck on the M5 (policemen were mopping the road!), they both panicked for a few minutes, but got back on the road and got there pretty much on time (Tim was trying to beat the GPS!).

We got a briefing from Tim, the wind was in the right direction, the weather was looking good, the tides were not perfect, but not awful and we heard reports of 0.5 to 1 metre visibility, so we weren’t expecting much, apart from Tamara – it was her first time at Brixham and her second dive in the sea, so anything would excite her!

At 10:00 we were all ready to dive! Geoff and Chris were the first ones hitting the water! They had 32 lovely minutes of murky dive, probably not the most exciting 32 minutes but good enough to take a few pictures of the amazing snakelocks anemones (Anemonia viridis) with their rich green tentacles and beautiful purple tips! 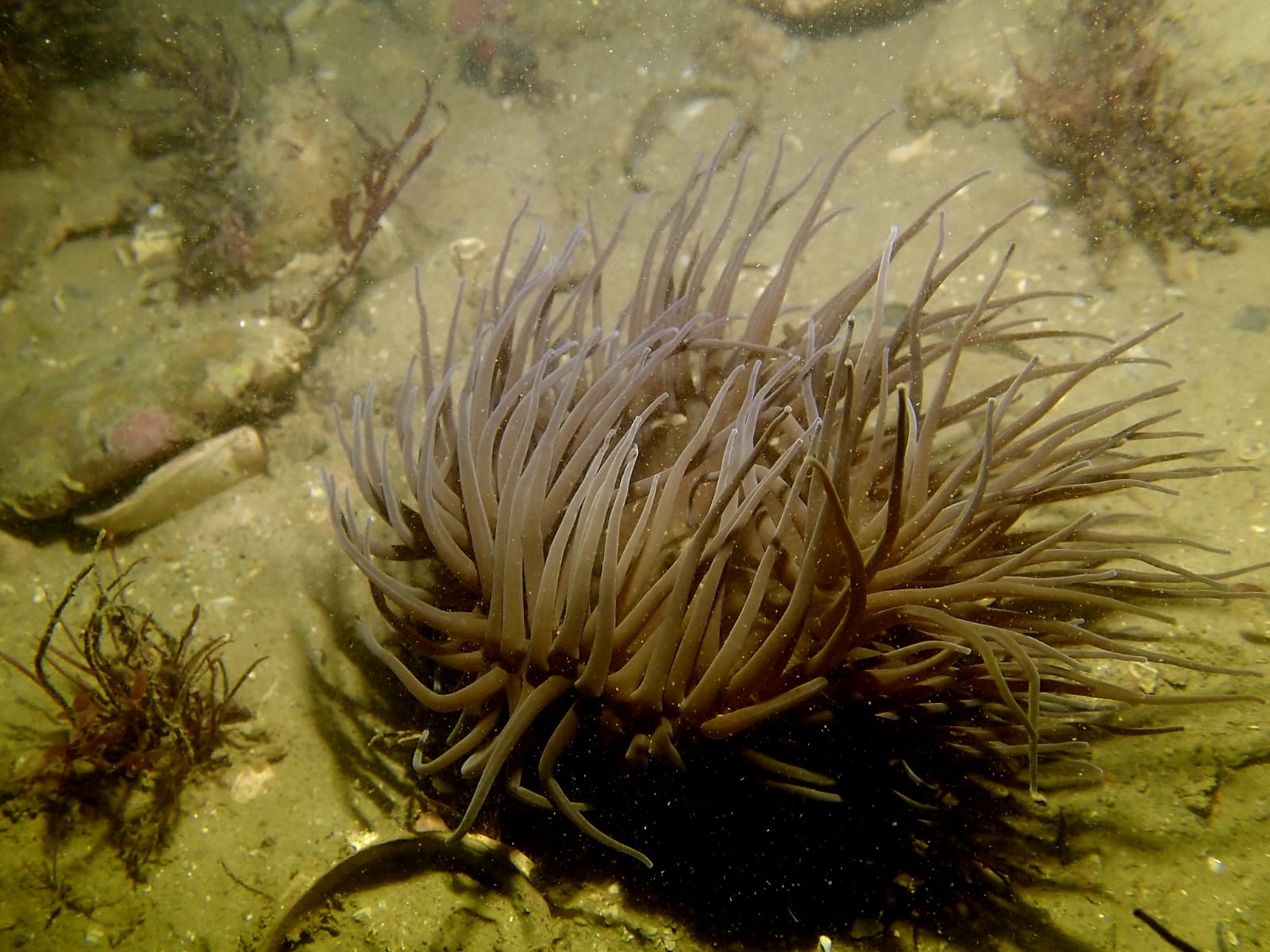 Tim and Tamara were the next ones in the water (a big thanks to Colin who helped her to actually get to the water!). Visibility was very poor, but nothing would stop this couple! They spent 73 minutes in the water! Looking at all the marine life that Brixham brought them. They found hermit crabs changing shells – lots of crabs, lots of black gobies, lots of scallops, but the best part was
following a worm pipefish (Nerophis lumbriciformis) for ages! 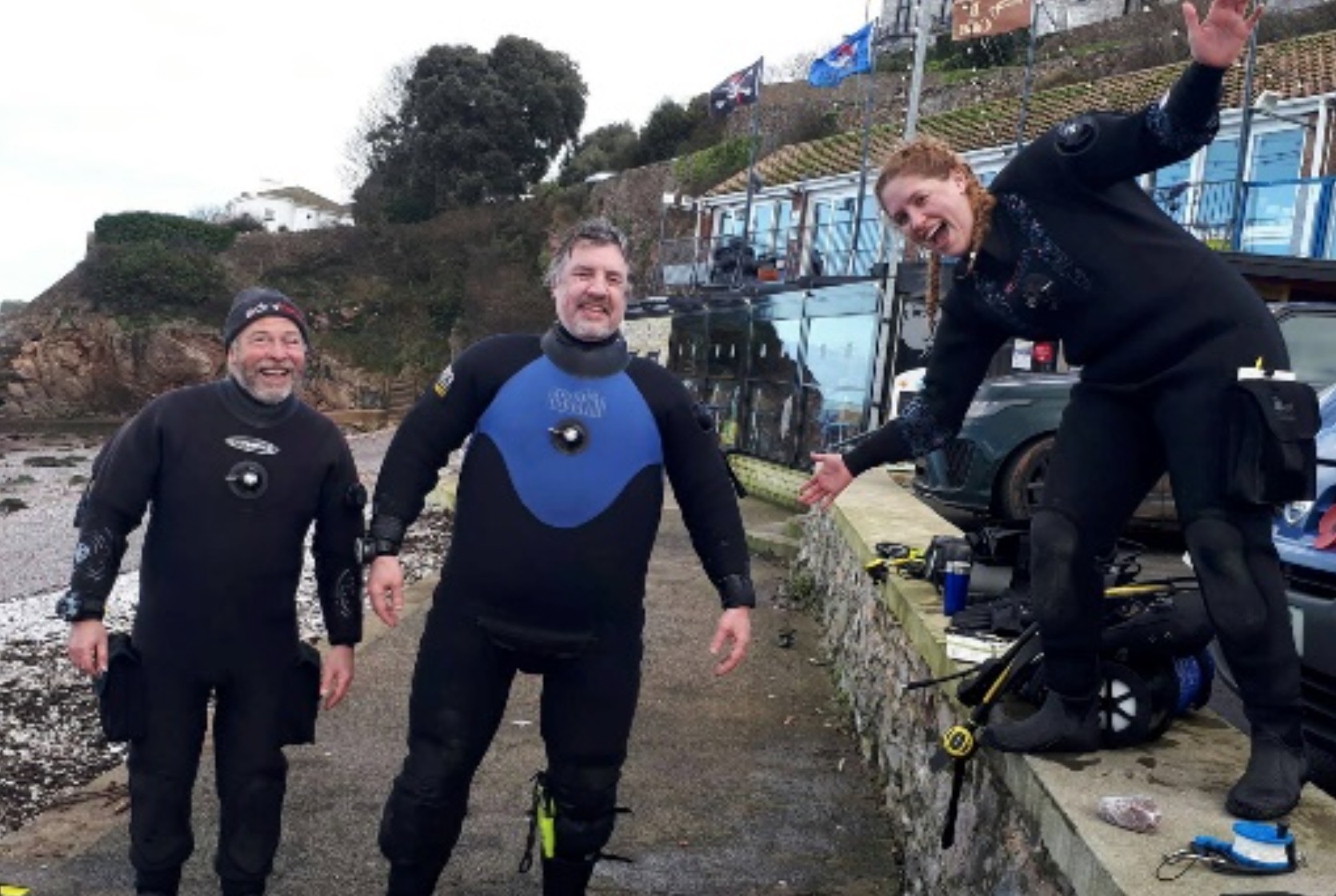 The last ones getting wet were Colin and Kevin with Kevin so focused on his new backplate and wing that though he took a torch and a backup neither had batteries! Colin found he needed another kilogram to sink (nothing of course to do with that Christmas blowout!). Once they got underway their experience wasn’t unlike their buddies, a few edible crabs (Cancer pagurus), more hermit crabs, the odd goby, sea grass and more anemones. 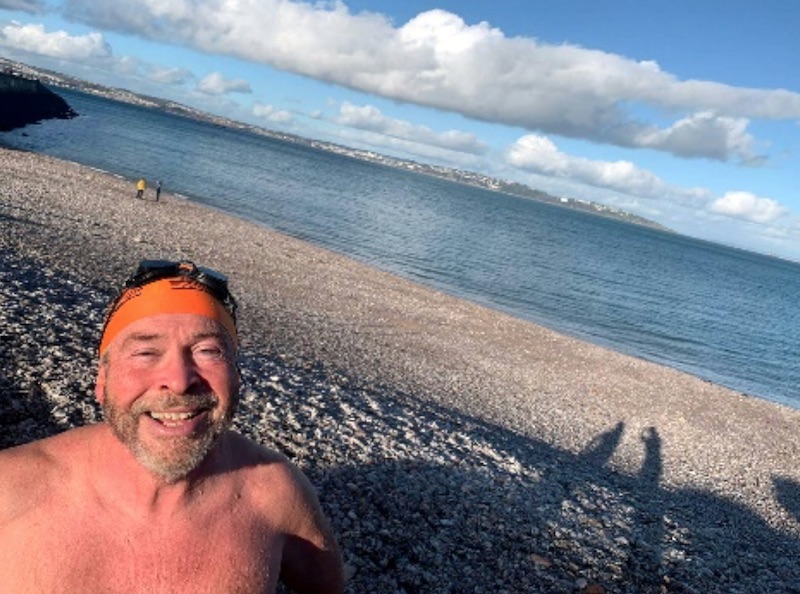 Kevin noticed his left forearm felt wet them his shoulder, across his chest and down his legs, leaving the water and pulling his left wrist seal a gush of water erupted!

Tim suggested filling the suit with air to find the leak but he is sure it was more for comedy value than anything else – a photo opportunity with Mr. Blobby!

None of us were up to another dive, apart from Tim, so he put on his swimming costume and went for a swim. Well done for Tim, as he actually did 1K in less than 30 min in a toasty 11 degrees, just fantastic! The rest of us had a very welcome cream tea while we kept an eye on Tims’ swimming.

Tim and Tamara warmed up after his swimming and went for a sea walk where they saw dolphins and a seal! 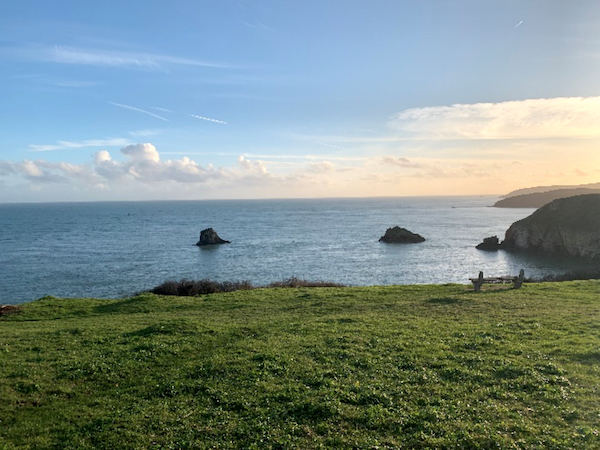 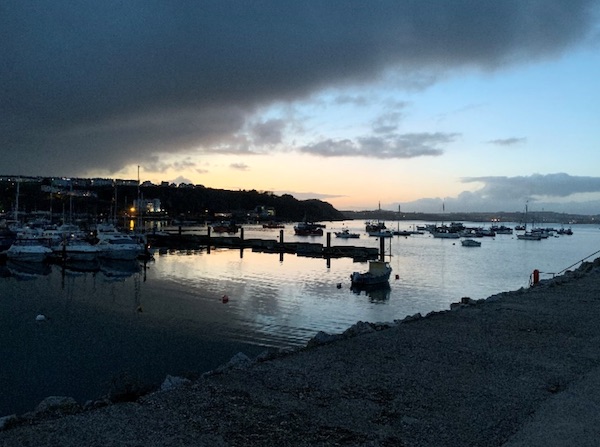