10th October, 2015 :The weather report for the Portland trip had been improving all week but as Rich & I drove past Chesil beach, the harbour looked decidedly choppy! At the Aqua Hotel in Castletown – a town that has definitely seen better days we joined Tim, Steve & Chris with our boat (the Alpha) & settled down for a briefing from joint Dive Marshalls Chris & Tim over a welcome steaming mug of tea – there was a decided nip in the air!

Chris’ diving plan was to try for the ‘Spaniard’ (the Enicuri) a Spanish steamship that foundered in 1900 on the rocks close to the breakwater for the first dive & then possibly the Bombardon Unit later, both harbour dives as outside it was even choppier! 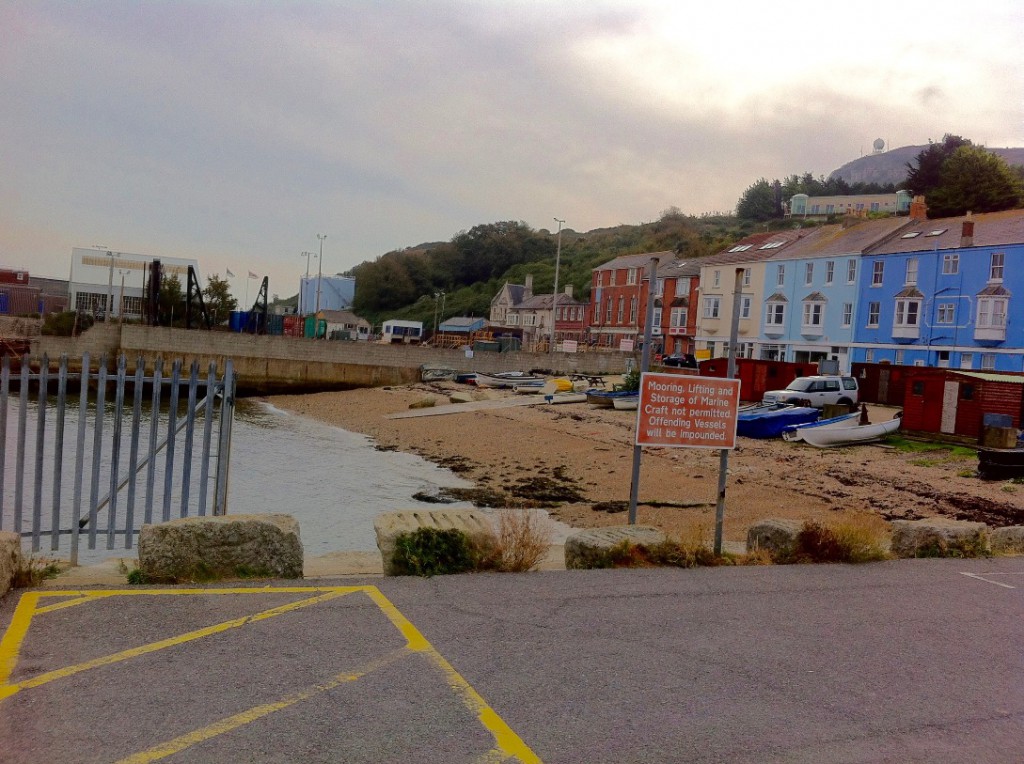 Shorebase Servicing provides cheap air (£3 a fill) which we took advantage of before loading the boat (The proprietor -Paul Wyatt also offers competitive servicing which we took advantage of later). The car park only held one other occupied vehicle (a far cry from the past where you were lucky to get a space), a group from a local SCUBA diving club kitting up & I wondered whether we’d see them again.

A perfect low-tide launch of the Alpha set what we hoped would be the tone for the day and as we motored across the harbour to the breakwater we noticed two dive boats over at the Countess of Erne, a site we dived a few weeks ago (a great dive!) & one we’d surprisingly had to ourselves. As we chose what looked like the most likely buoy for the Spaniard & dropped Chris, Steve & Rich in (Tim & I were in the 2nd wave) another dive boat pulled up & dropped 8 divers in after ours – so we’d probably chosen right!

That was confirmed when our 3 returned having after over an hour of what they described as a lovely diving experience on the wreck with viz around 5-6m, a sentiment Tim & I shared as we explored it after them. Pretty broken up in comparison with the Countess & quite silted up, the wreck at 16m is nevertheless of an impressive size with a particularly imposing prop lying in the silt, a sight you come upon as you swim up past the rudder. A light current required some effort to swim against at times but the profusion of sea life more than made up for the expended energy!
We returned to the hotel for lunch & a debrief before heading out again.

Being unsure of position we agreed Tim & I would go first & would use a DSMB to let the others know whether we’d chosen the right location. We had! – the ‘Landing Craft’ at a depth of 12-16m is described as a ‘small piece of army history’ ,I’d say size is relative: you could get a double-decker bus in the hold of this thing! Relatively intact (they knew how to build things back then!) the wreck has its landing doors closed & an interesting exposed engine & large wheel house at the stern. We found large numbers of Ballan wrasse hiding just under the hull with Pollack in profusion around it, Chris, Steve & Rich managed to find a lobster & a velvet crab. 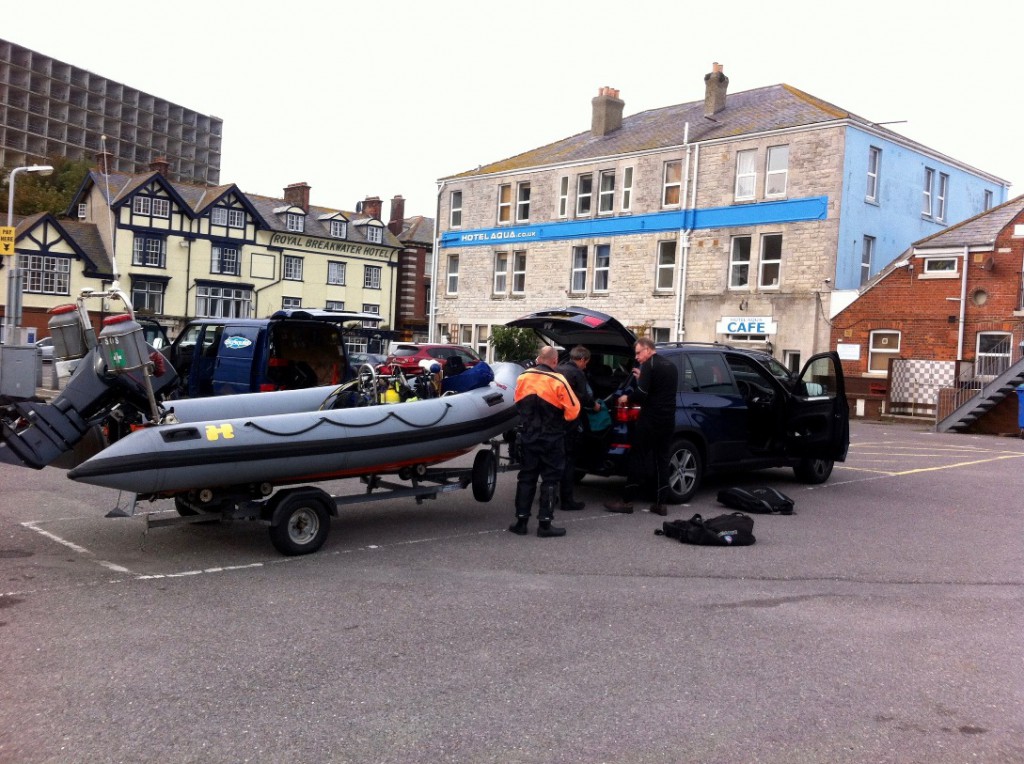 Leading away from the landing craft is a line past a number of lobster pots (empty) coming after around 65m through a fog of silt to the Bombardon Unit. I don’t know what I expected with this wreck but it certainly wasn’t what I got!

Landing at 17m in 1944, the Bombardon Unit was apparently an experimental wave breaking unit built for the D-day landings to protect the Mulberry Harbours (mobile buoyant concrete blocks used to protect Landing craft & troops), but the big surprise is the shape: that of a huge extruded ‘X’, the valley of which you can swim through (and we did!) with huge walls of steel rising on either side of you. Pretty intact but with several sections of plate missing exposing the girder-work inside, the whole feels like swimming above an alien landscape or floating above a star wars spaceship! Hard up against one side, lying on its side is a what is thought to a VIC (Victualing Inshore Craft) used to supply ships at sea or moored.

Needless to say both of them have been colonised by various anemones, corals and fish, everything from cheeky Cuckoo wrasse to Ballan wrasse, Bib, Pollack & Blennies.

After this treat we felt like we’d managed 2 dives in 1!

Returning to the boat we found Steve & Rich already back (Chris sat this one out as we were running late) having dived the Landing Craft but Steve then suffered a suit malfunction & an early bath!

A faultless boat recovery (we’re getting good at this!), a kit wash-down – in an area kindly provided by the Aqua, a change & then we hit the Quicksilver Mail pub, just outside Yeovil (being unable to get to the Halfway House on the A37 as the road was closed) for a well deserved dinner of Steak & Ale pies, faggots or ham, egg & chips & a pint of their finest ale – well recommended.

All in all a great day of diving and one we’re glad we made the effort for; the Aqua Hotel is a marvellously accommodating venue, Shorebase Servicing offers excellent competitive friendly service (Underwater Explorers are just round the corner for even cheaper air & any kit you’ve forgotten) & the dive site proximity means short trips – why wouldn’t we like it!. Thanks to Chris & Tim for organising & to Steve & Rich for joining the excursion.

By the way, there’s a really good article with lots more detail on the Landing Craft & Bombardon on divernet here