‘Well not quite as dramatic as Shakespeare might have put it (Henry V act 4 scene 3) but a few of us went to Plymouth diving at the weekend and I know Kevin enjoyed himself (or so he said even though a bit Green around the gills). A big thank you from me to Pete for being our non-diving cox for our dives’ – Rooster

For the detail, read on… 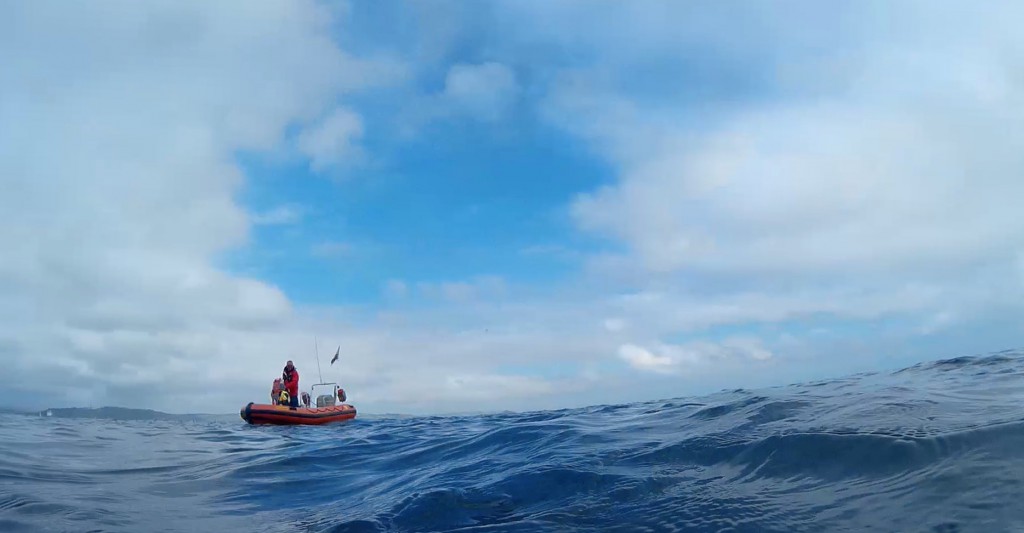 An initial flurry of interest for a Plymouth diving weekend on 13th/14th June ended with Pete as Cox, John as Dive Marshall and Mary, Laurence & Kevin as divers. Overcast skies over the Mount-batten centre greeted us along with a heaving car-park of kayaks each kitted out with 2 fishing rods & every gizmo imaginable – turned out there was a sea-kayak fishing contest raising money for Help for Heroes. We spent a good 15 minutes in the boat compound convincing the brakes on the trailer to un-seize & then Laurences’ trusty blue van towed the Assault (one of BSAC Aerodivers two RIBs) to the upper car park where we threw in our kit & proceeded to the slipway to launch. Pete guided the boat to the jetty where we boarded and headed out to the Mewstone – an island once joined to the shore, now isolated and impressive as it slopes into the seabed.

Hanging on for the 10-15 minute ride while the boat bounced its’ way out of Plymouth Sound was an experience in itself and the choppiness didn’t abate as we drew near the island itself. A couple of us were quite ill but we’re made of stern stuff (aren’t we?) & once in the experience made all other thoughts distant memories. Worst bit was being sea-sick before the dive due to a very heavy swell & I wasn’t the only one: Pete Davies (cox) was also sick & Mary not feeling too well. John & Laurence were both fine.

After a spot of lunch & feeling much better Pete promised a much calmer dive; this time in the lea of Rame Head meaning it was sheltered & flatter.

A much appreciated shower in deserted changing rooms and then we said our goodbyes & agreed we’d had a very memorable day of Plymouth diving.

I’ve never been to the Mountbatten centre and compared to Cromhall or Chesil (where I have been) it is luxury!. Regulars advise they’ve clamped down on security with passes & gates being the order of the day but once you’ve gotten the logistics down they aren’t a problem There’s a restaurant upstairs or a very reasonably priced sandwich van up by the upper car park. Air fills round the back at In-Deep are not cheap (£5 for a 12) but convenient. 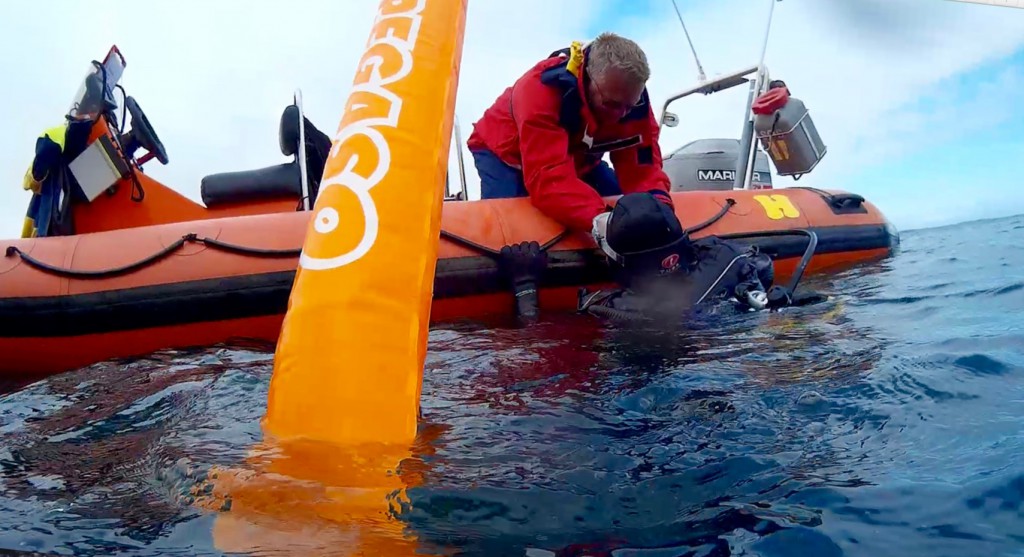