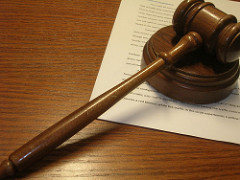 Our Chairman, Pete provided a review of the year in which he highlighted that the club was doing a good variety of diving both in the UK & abroad and that member feedback was very good. The boat has again been stored at Mountbatten to facilitate easier diving without the burden of towing and this has worked well. Particular thanks were given to Rob for boat maintenance, John for managing the kit, Sue, Tim & Chris H for training & Kevin for his work to develop the new website 🙂

Our Diving Officer, Neil did a review of the years diving indicating good use of club boats on all 3 bank holidays and that usage had increased this year. We had 2 members qualifying as Ocean Divers (Debbie & Paul) while Abhi completed Sports Diver. Two further Sports divers are progressing and another two working towards Ocean Diver. The award for most dives went to Tim with Kevin in 2nd & Chris H in 3rd

Our Treasurer, Paul, presented the accounts, which were accepted

The existing committee then stood down & the 2017 Committee was duly elected.

There then followed a raffle & a discussion on the plans for the coming year, including potential attendance at the South Gloucestershire Show (SGS), working with local scouting organisations for try-dives, boat storage all helped along by the proximity to the BAWA bar. The 2016 AGM was then formally brought to a close.