Sunday 15th July, 2012 : A days hard-boat diving with skipper Tony Hoile on board the Falcon II out of Dartmouth.

This is a selection of pictures taken by Laurence on one of those dives. 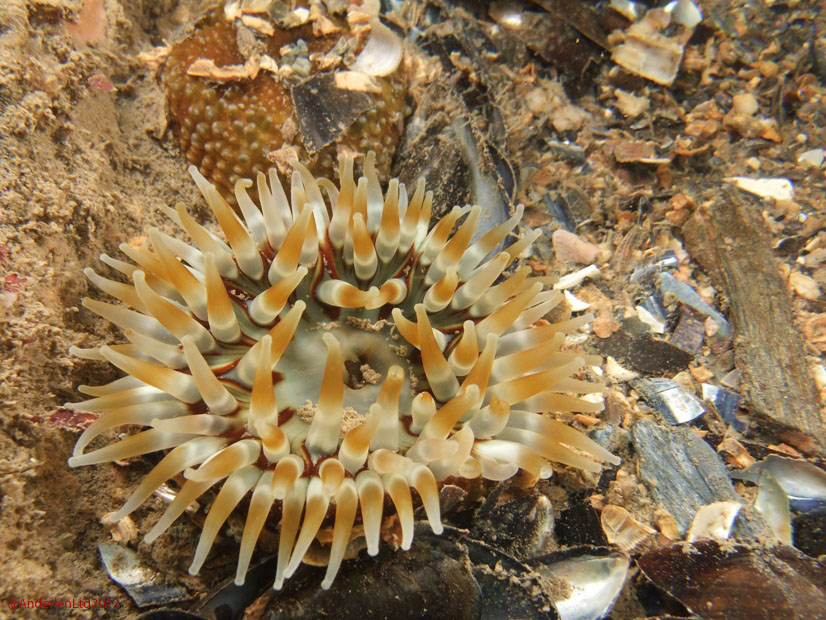 Dahlia anemonies (Urticina felina) from just outside Dartmouth. The debris stuck to the columns of closed anemonies is characteristic of this species. 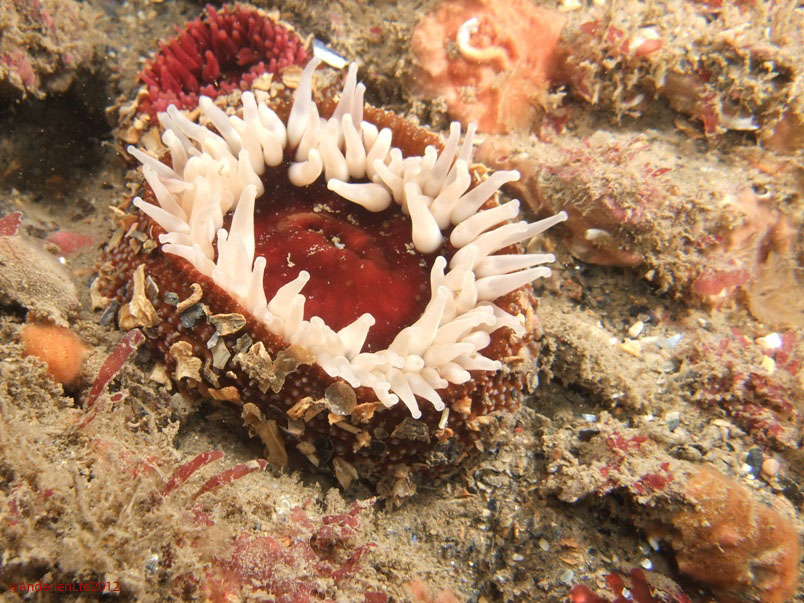 Dahlias make a good photo subject; they don’t run away, or close up when you flash them, they’re not too small, and they look rather drab until illuminated by strobe or torch. 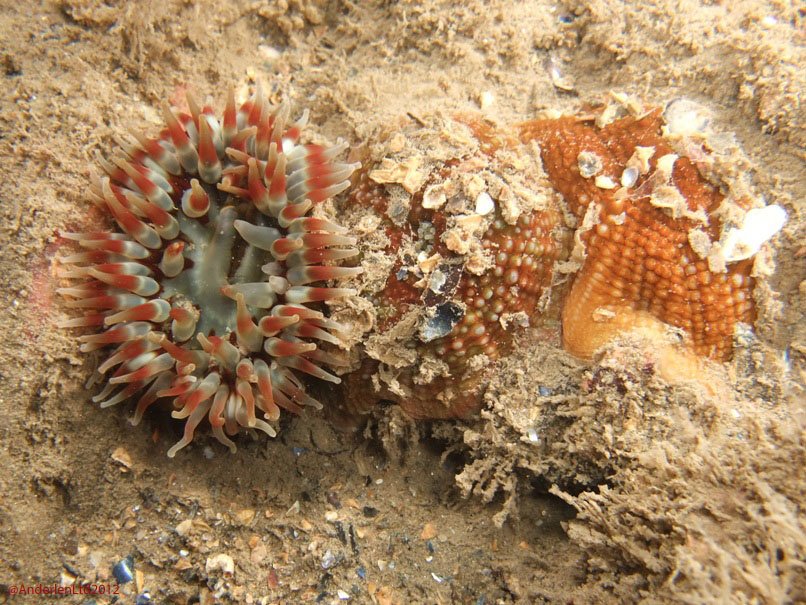 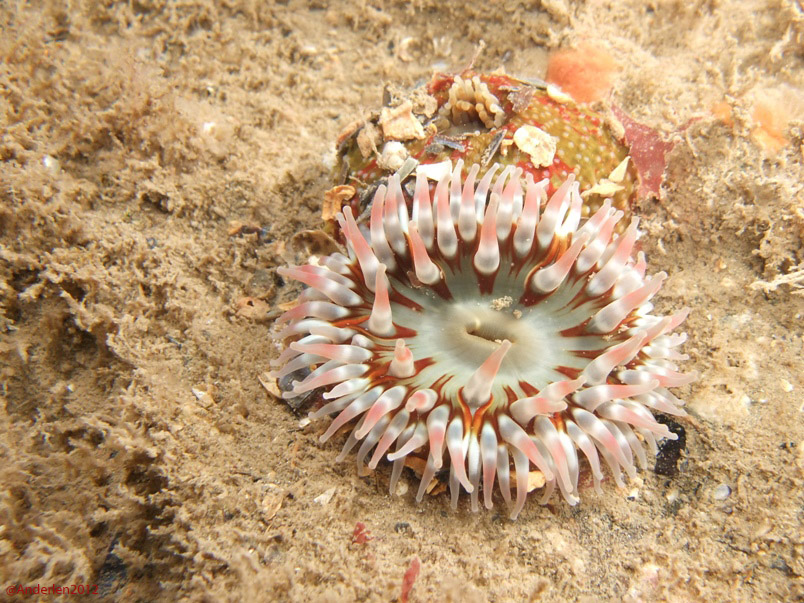 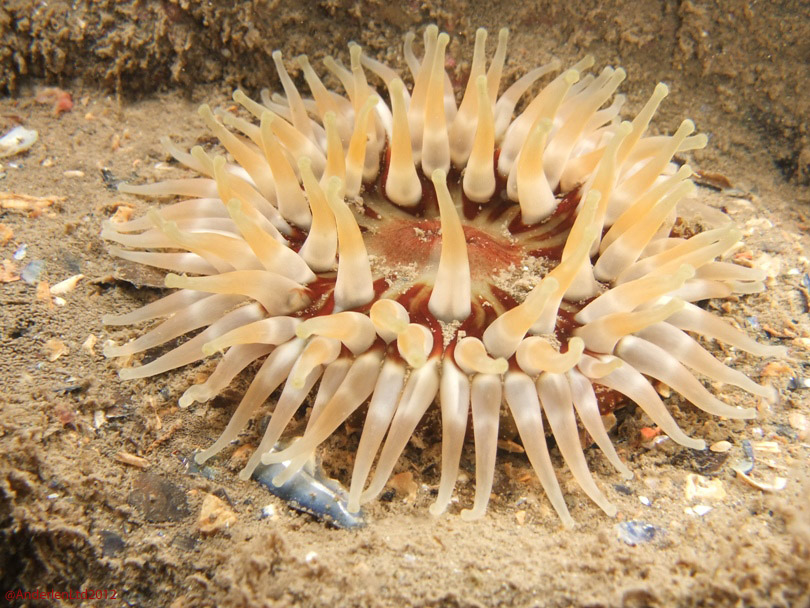 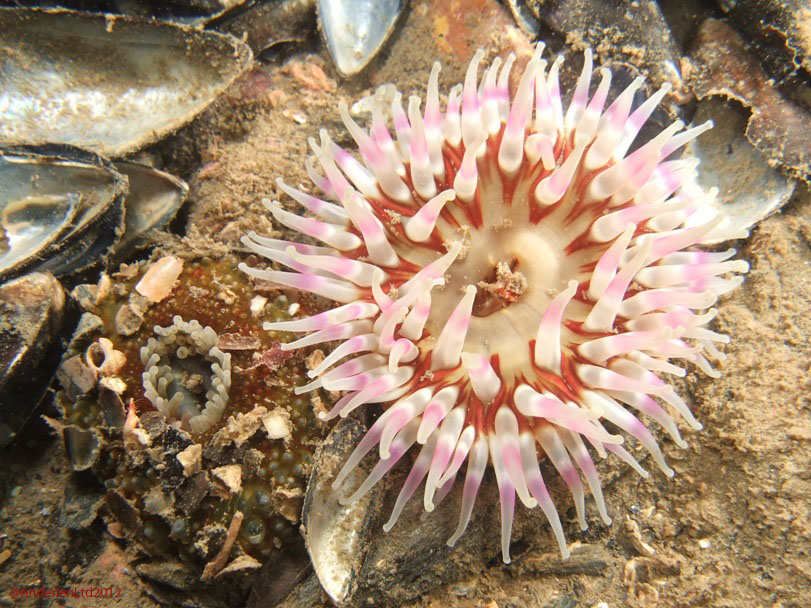 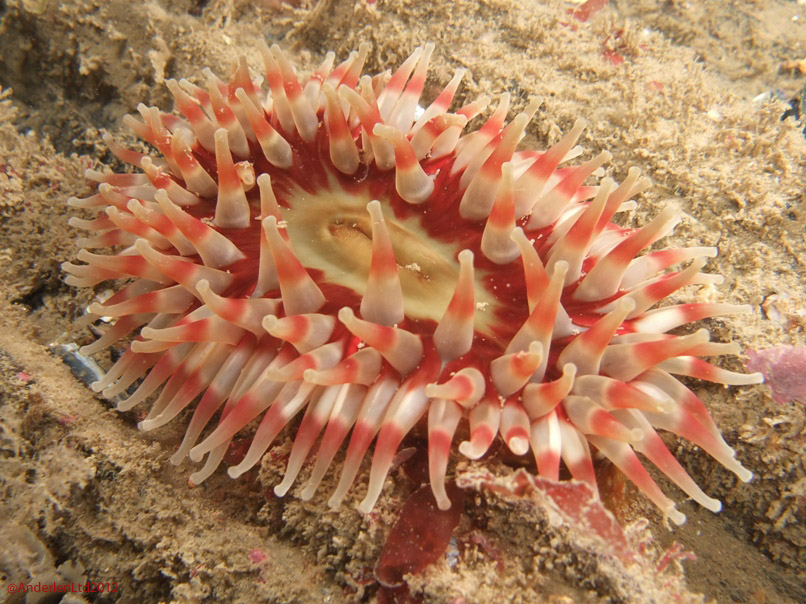 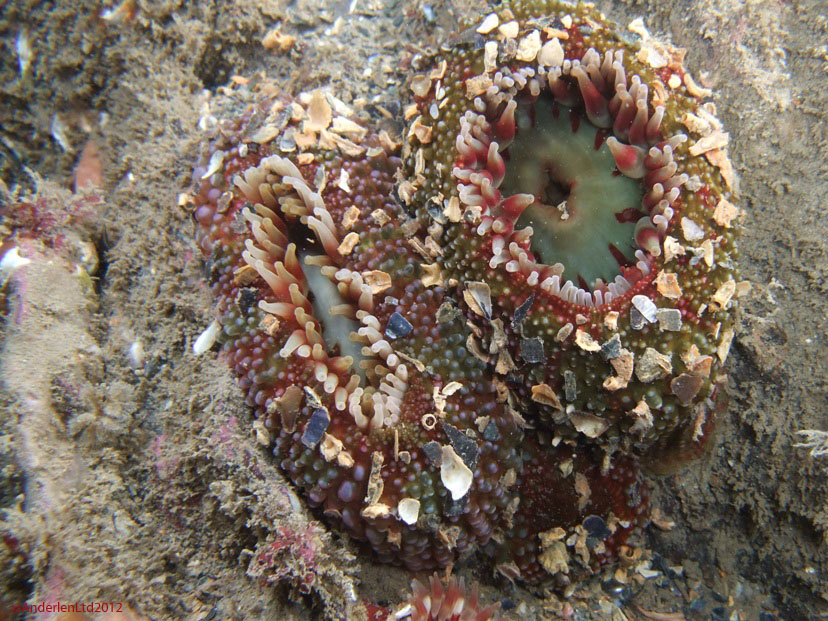 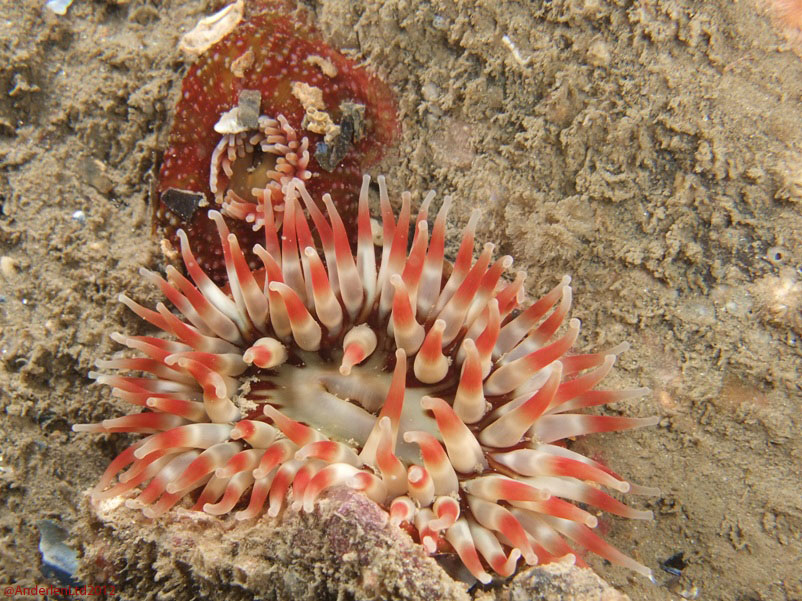 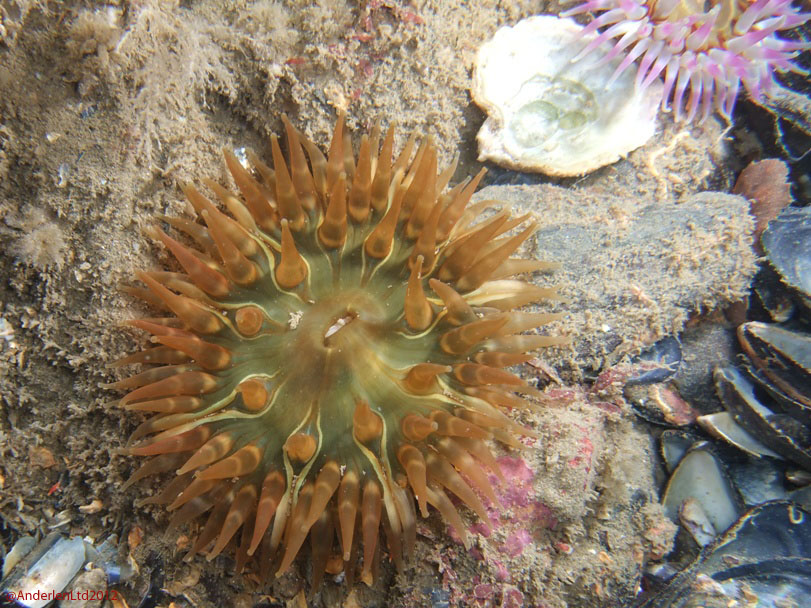 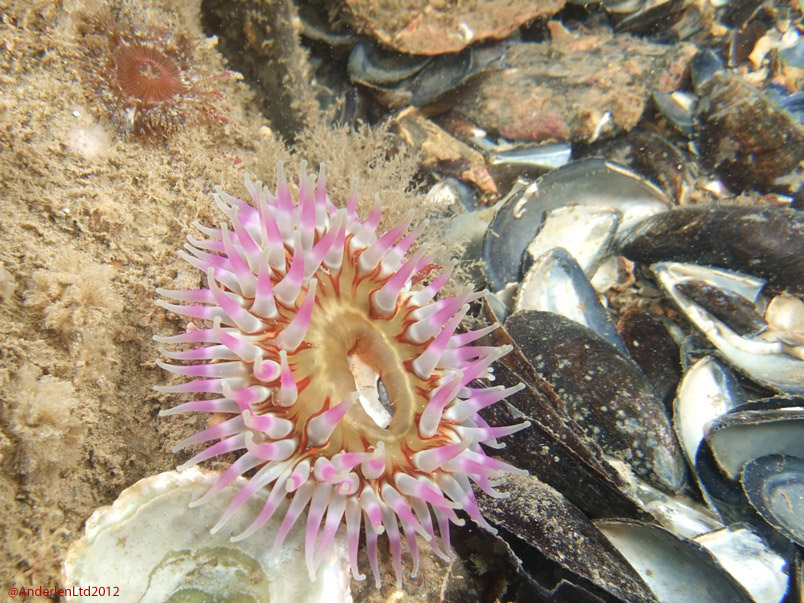 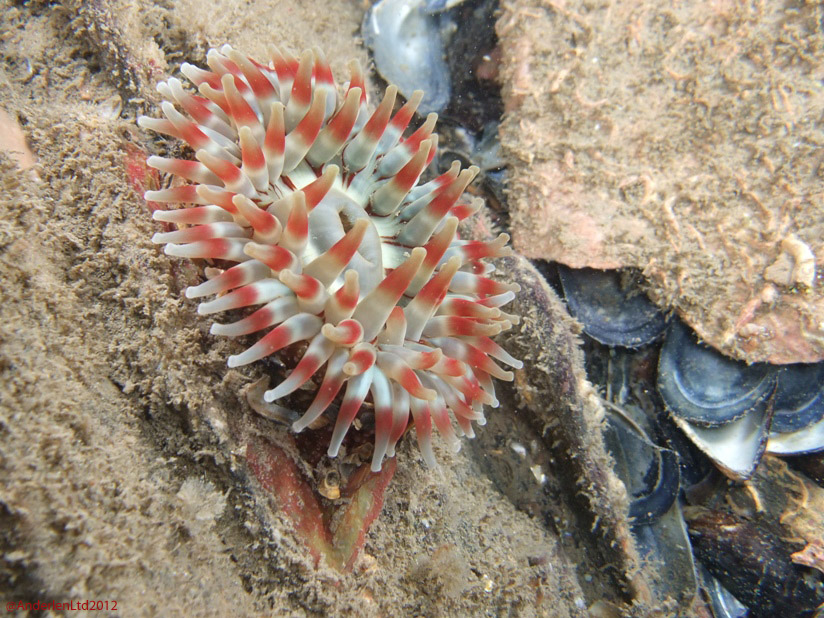 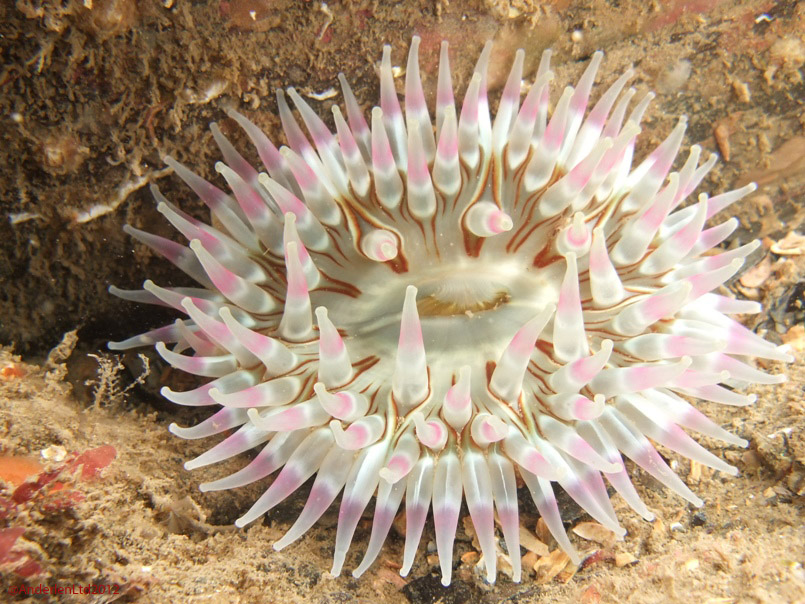 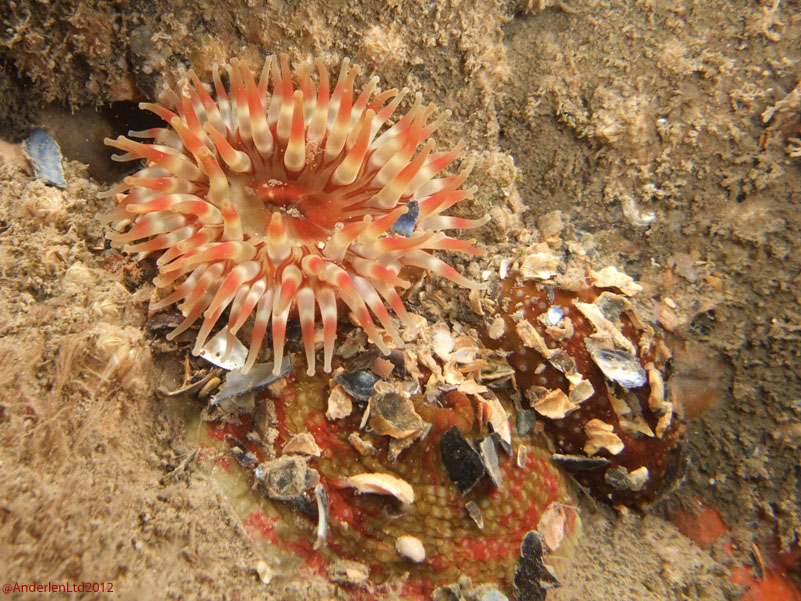 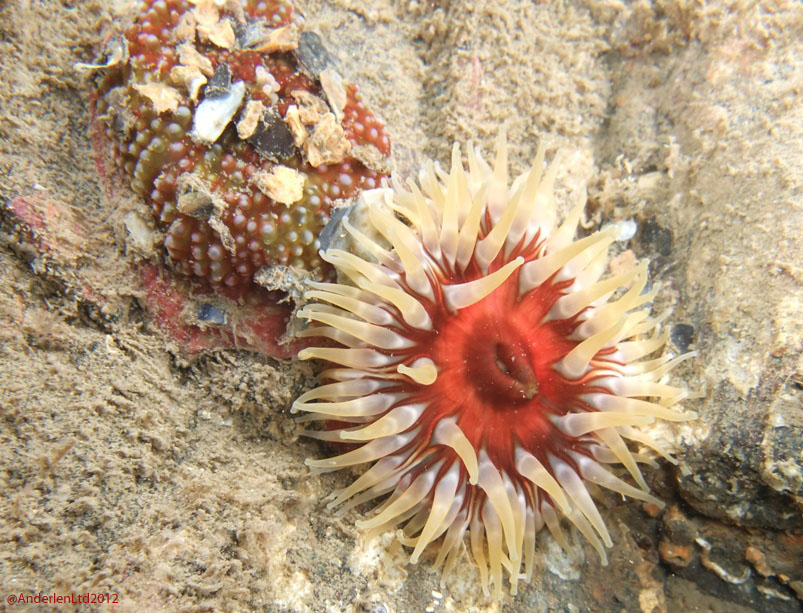 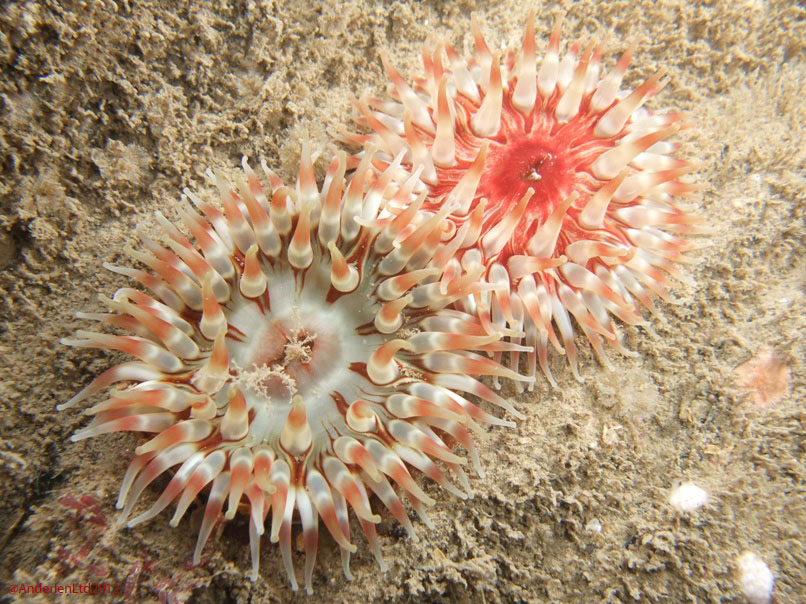 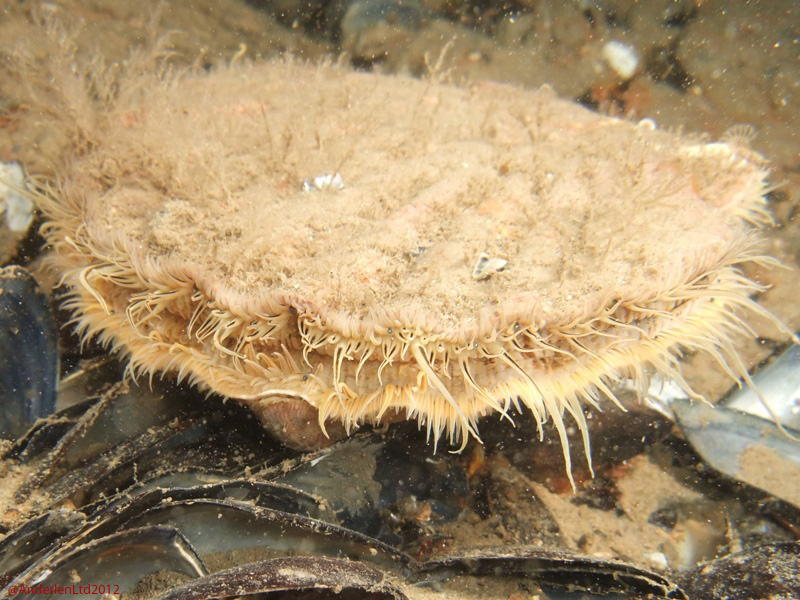 Well spotted ! This is not a dahlia. It’s a King Scallop (Pecten maximus) and he’s still there, at least he was after I took his picture.