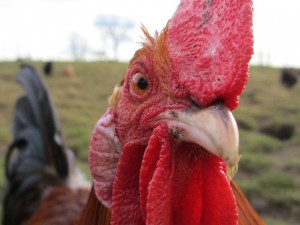 I was persuaded to come on a trip to Scapa Flow with the club and in order to do so I had to achieve Sport Diver. With a great deal of help (from Tim mainly) I got there in time and so Scapa beckoned!!

I had been on trips with Jan when I incorporated a few dives but as a lone diver at the mercies of a Dive outfit so this was our first real Expedition with the club.

Mike was the Dive Manager and there was a great group of club members with lots of experience. There were so many highlights both on shore (getting to the Old Man of Hoy with Frank and Jan) and underwater but I would like to share a couple others.

With all the good diving we did, I feel that I should report on the dive I didn’t do. I was in a semi-dry the whole week and have since gone for the dry suit!! But the non-dive in question took place on a day with large swells and I was buddied with Mike but as we approached the dive site, I became more and more anxious about climbing that ladder in those conditions so talked to Mike and he paired with another group so at least he wouldn’t miss the dive. Several others bailed out as well but I was pleased that my training gave me the nouse to know I would not be comfortable. As it happened the skipper had so many tricks up his sleeve on pick-ups, that I could have done the dive.

The last dive of the holiday was one of the best. The skipper of the MV John Lee with bloody great pickups (sometimes hoiking one up the ladder) – gave us a briefing for the TABARKA, which was for a negative entry and 30 minutes max on the wreck as the current makes this dive difficult. I went in with Mike Watt and we all were able to make the shelter of the wreck where we found humongous boilers and lots of crabs and butterfish. After our pickup, the skipper said we were the only group that was able to have everyone complete the dive. Very satisfying!!

In short, if ever thinking of a club trip, I would heartily recommend it!!