Day one of the 2016 ‘Winter Warmer’ promised slightly choppy seas, a moderate wind & some sunshine, we didn’t get the sunshine but the others meant our options would not include anything too far out. After discussing this with our skipper (Gary) on our transport for the weekend (TopGun) we settled on the James Eagan Layne & Scylla. 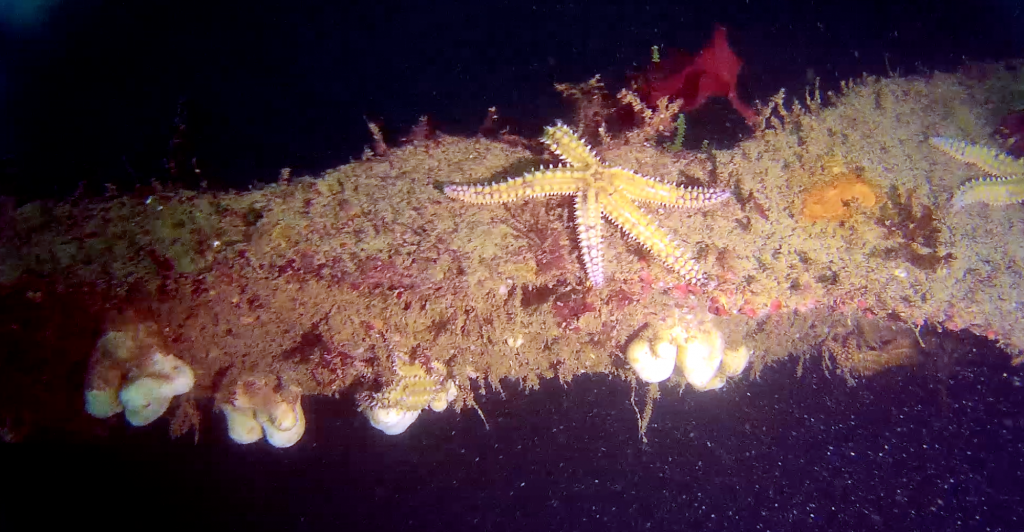 A 30 minute trip round the headland later we kitted up for the first dive of the weekend – and we had the place to ourselves!

James Eagan Layne: in good weather the JEL can be a stunner, particularly with some decent sunshine coming through the water; today though we would have to look for our thrills somewhat closer in as the 2m viz didn’t allow appreciation of the ship as a whole. Which is not to say there wasn’t anything to see as there was!

Diving as a 3 (Chris L, Geoff & myself), with Chris H & Abhi as a pair & Neil & Bob, we descended through the gloom and started our exploration. As I said, the low viz really focused your senses on the smaller things, or perhaps not so small in the case of the very large crab that Geoff found and gently deposited in front of Chris & I.

Further exploration through the various hull ribs denuded of plates revealed plenty more crabs & a number of lobster. Wrasse accompanied us on much of our trip, always hopeful for us stirring something up for dinner! 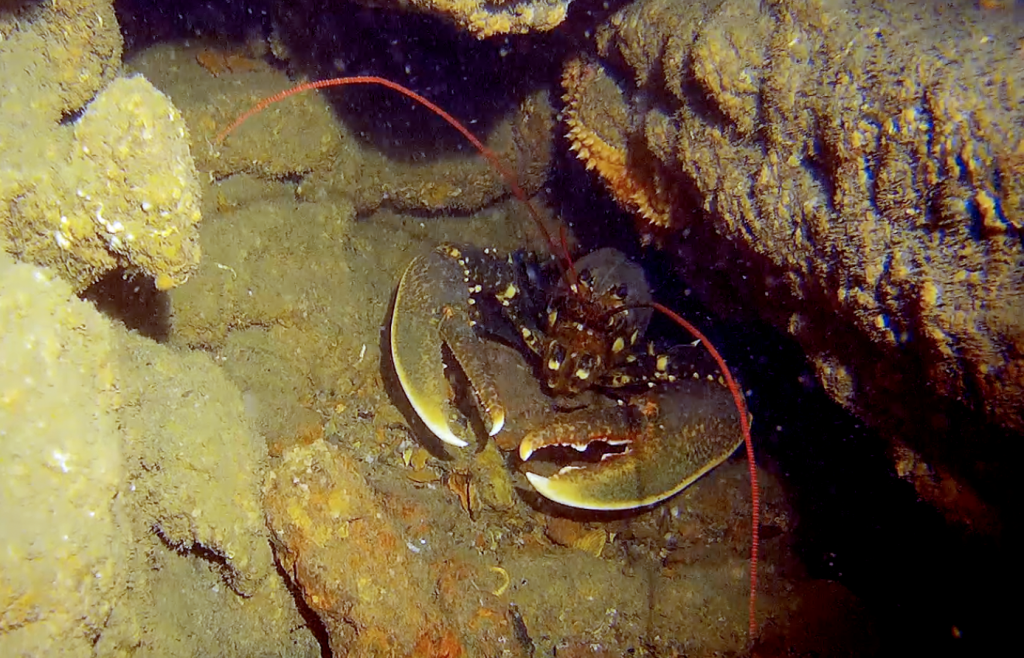 HMS Scylla: not a wreck I had ever dived before (much to the surprise of my club mates considering I’d been a club member for some years – the stars were just never aligned!), so after an appropriate surface interval we kitted up again (after Chris H came to my rescue with a couple of ‘O’ rings for my cylinder valve – who knew there was one on the back of the insert – not me!). In the same groupings we descended to see what the old girl had to offer. 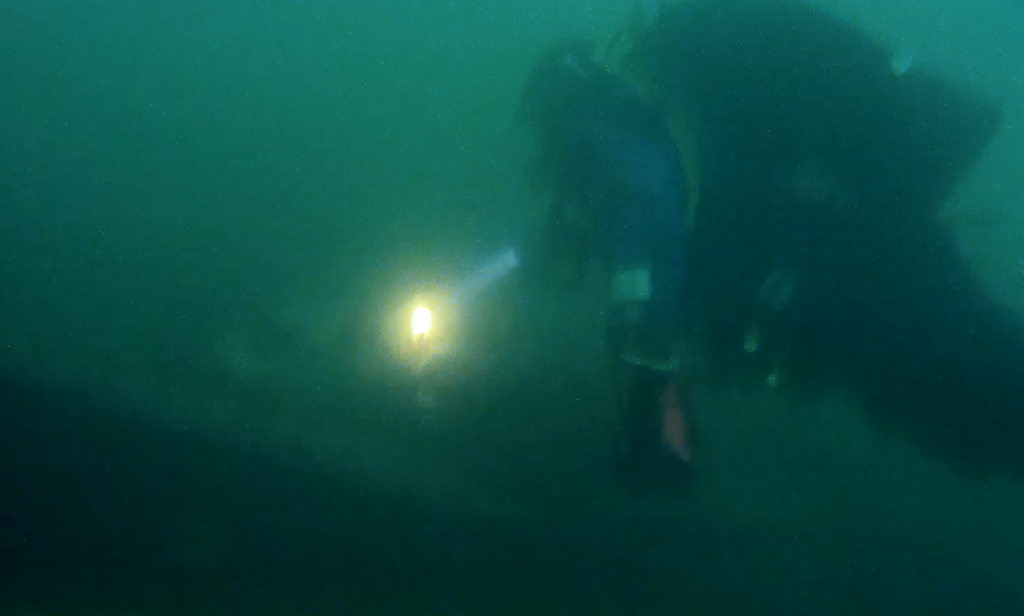 Did I mention the viz?

HMS Scylla was a frigate that served in the Royal Navy between 1970 & 2003 on patrols in Icelandic waters during the ‘Cod Wars’ to royal escort duties for the Queens Silver Jubilee to humanitarian aid during the hurricanes in the Caymans in 1980. She was bought by the National Marine Aquarium & sunk in 2004 as the first artificial reef in Europe for divers. She is 113m long with a 13 metre beam.

My main takeaway from this dive is a lot of railings along the companionways, which we swam along as we circumnavigated the vessel; again viz was in the 2m range so there wasn’t really an opportunity to get a sense of scale until you followed the hull down past the large squares cut in the side (apparently to allow divers to penetrate with low risk – although now banned as she is deteriorating & potentially unsafe) & followed it down to the seabed at 24 metres, not huge but sizeable.

The hull had a covering of sea squirts & orange sponges and a lot of anemones & Dead man’s fingers providing plenty of life to observe. Fish were not as plentiful here as on the Layne, although the usual wrasse turned up to see what was what.

There was quite a current on one side so we tended to stick to the other otherwise it was hard work!

We overnighted at the Mountbatten Centre (simple, clean, cheap accommodation) preceeded by a meal of the usual generous portions at the Mountbatten hotel (my son joined us from Plymouth Uni – man cannot live by Pot Noodle alone!).

The sun had come out for our second day of diving although there was definitely still a nip in the air as we collected our fills and greeted Gary & TopGun for the first of the days dives.

Devil’s Point: a scarily named location on the eastern side of the mouth of the river Tamar where it meets the English Channel in Plymouth Sound – the name apparently comes from this supposedly being where Drake allied with dark forces to defeat the Spanish Armada, – very spooky 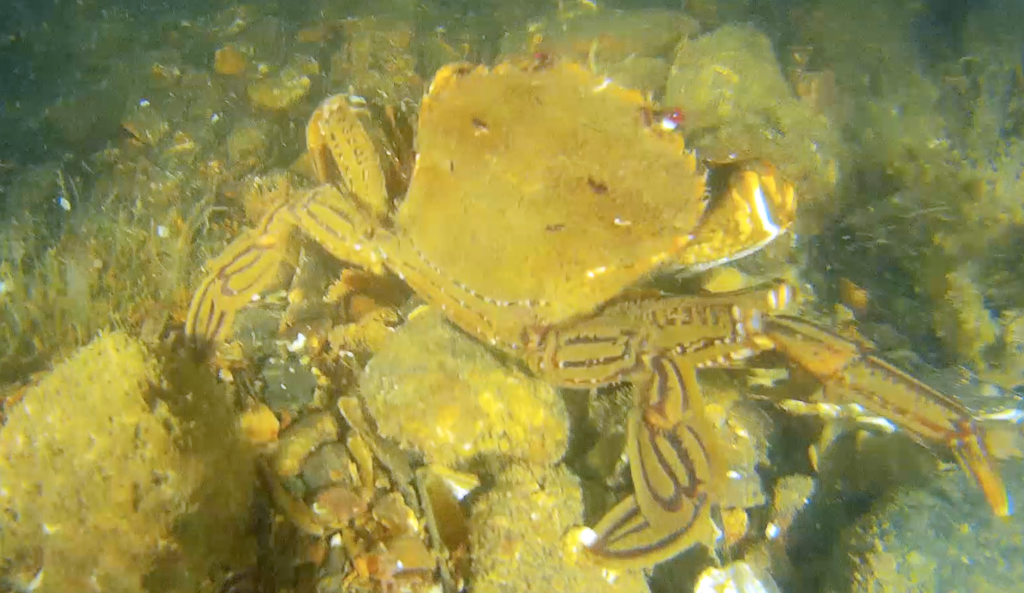 Best dived at slack water, we awaited our moment and then Chris, Tim & I entered the water as a 3, Chris & Abhi as a pair & Neil & Bob as our final club pair. Entering the water we approached the wall & signalled to go down, almost at once we realised the viz was close to nil with the water very cloudy necessitating immediate use of torches though we were only a few metres down! Devi’s Point indeed!

As we went down the pretty much vertical wall we came across scattered crabs, sea squirts & sponges along with various tangles of rope & fishing line for the first 20 metres or so and then after another 10 it levelled off to a rocky bed. With a slight current tugging us along we explored entirely by torchlight in what was otherwise a lightless realm, finding various crevasses and hiding places where edible crabs of various sizes eyed us up and waved their pincers angrily while the occasional ballan wrasse diverted to see what we were up to before darting away. Apparently others have seen dogfish, thornback rays & record-sized conger eels but we had no such luck & feel lucky to have found anything in the gloom. A DSMB deployed we ascended, carried out the safety & then await pickup; although we hadn’t seen anything exceptional we could certainly say it had been an experience we’d remember! 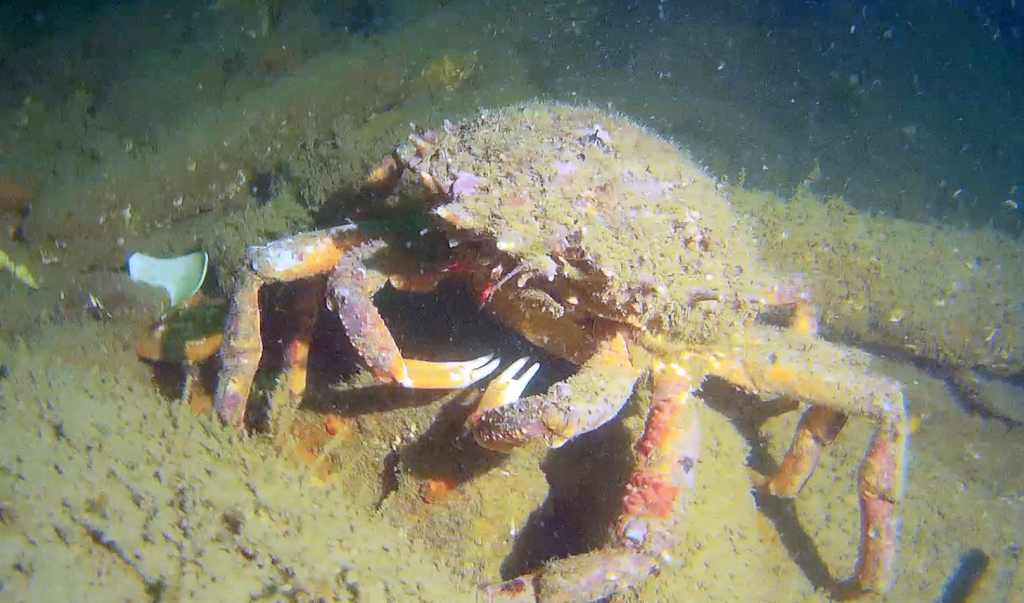 Orange and purple is the new black

The final dive & we hoped for something good to finish off the weekend in style & we got it!

Glen Strathallan: I’ve dived this one a couple of times before with very differing levels of viz that can really make or break the dive, this time we got 5-6 metres & the chance to thoroughly explore the boiler which, when you looked into the large hole on one side, was not only teaming with fish but contained 2 large and one enormous conger!

Having circumnavigated the boiler Abhi & I ventured out along the very clean bottom (sand & shingle) to a rocky outcropping & then proceeded to explore a number of gullies that were frequented with various wrasse.

On-board afterwards we discussed the weekend & agreed that though the viz could have been better that we were all glad we had come & were taking away some good experiences and memories to tide us over until the diving season started anew in the new year. Our thanks to Gary for skippering & Chris for organising the excursion – let’s not let this be the last! 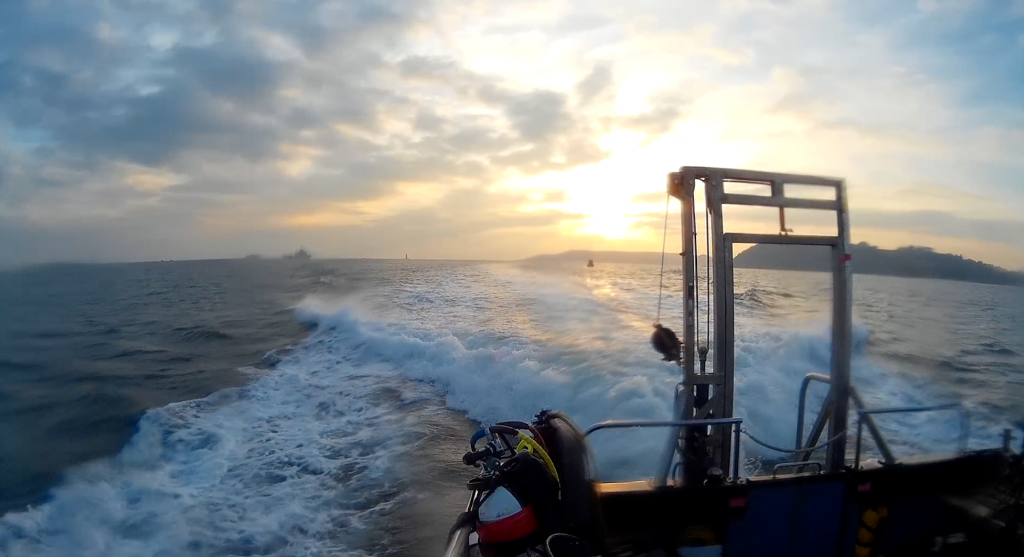