It was finally happening! The boat was going to Plymouth – our attempt earlier in the year fell foul of a number of conspiring factors – but not to be daunted here we were again (Rob, Chris H, Geoff & Kevin with Pete having gone on ahead)

Plymouth being a couple of hours away & low tide being around 11am necessitated a 5:30 am wakeup to get to the boat-shed for a 6:30 meet to check things over, get the boat out, hitched up, transfer gear & head off – we are determined! 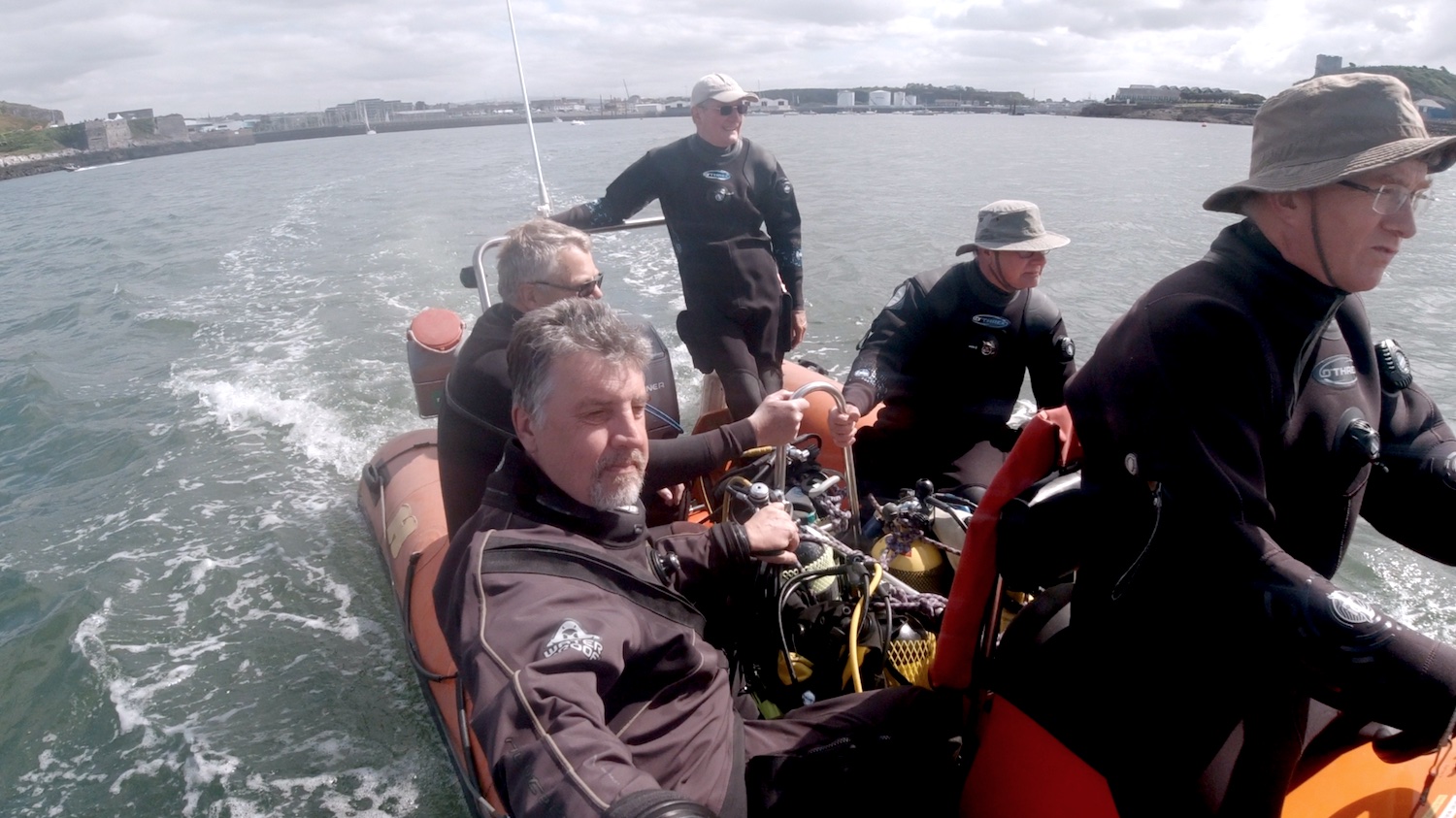 An uneventful journey brought us to a slightly sleepy Plymouth around 9:15 where we met up with Pete in the upper car park for a quick brief before assembling & loading kit, donning our suits & getting the boat in the water – we may be a little rusty after all this time but muscle memory soon kicked in!

Trailer parked, Chris rejoined us & we agreed our target – the Fort:  something relatively stress free considering many had not dived much these last few years & the boat had hardly been in the water either.

Chris, Geoff & Pete were in first and set off round the fort while Rob & I motored around on the surface and caught up on things (and caught a few rays – as I said the weather was lush). 45 minutes later & our party returned with tales of fair visibility & plenty of life; perhaps the lack of significant activity these last few years had nurtured things 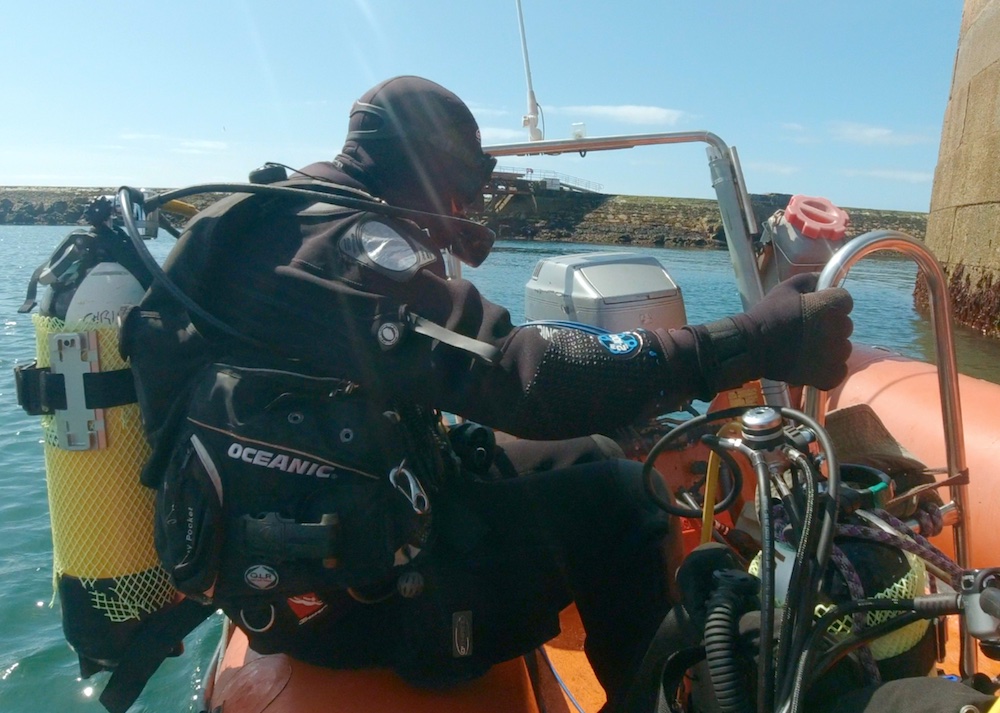 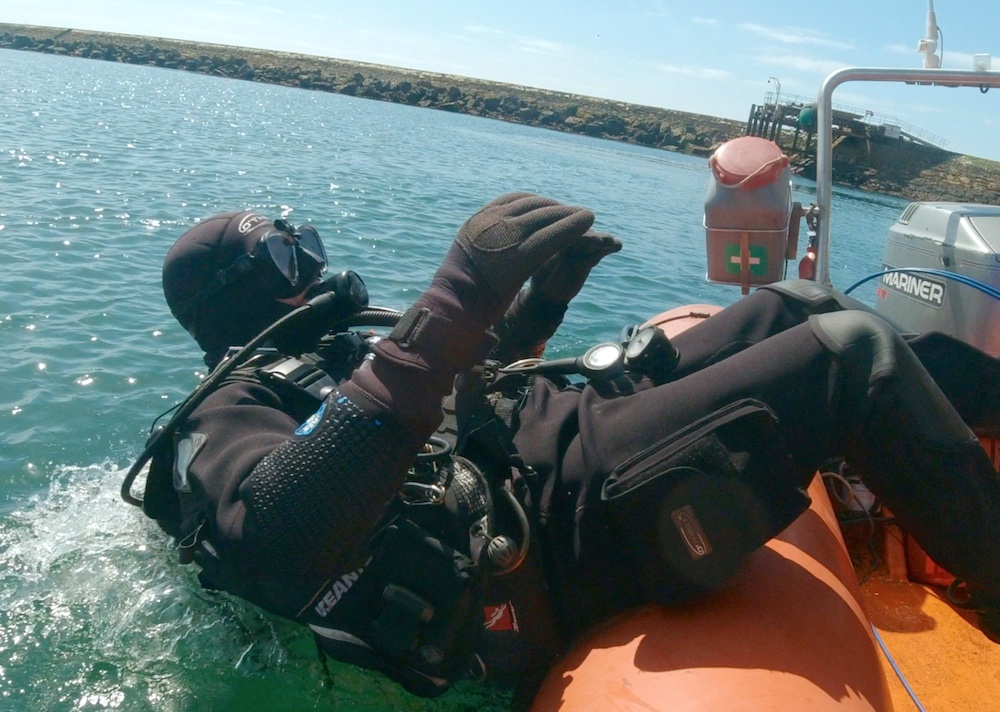 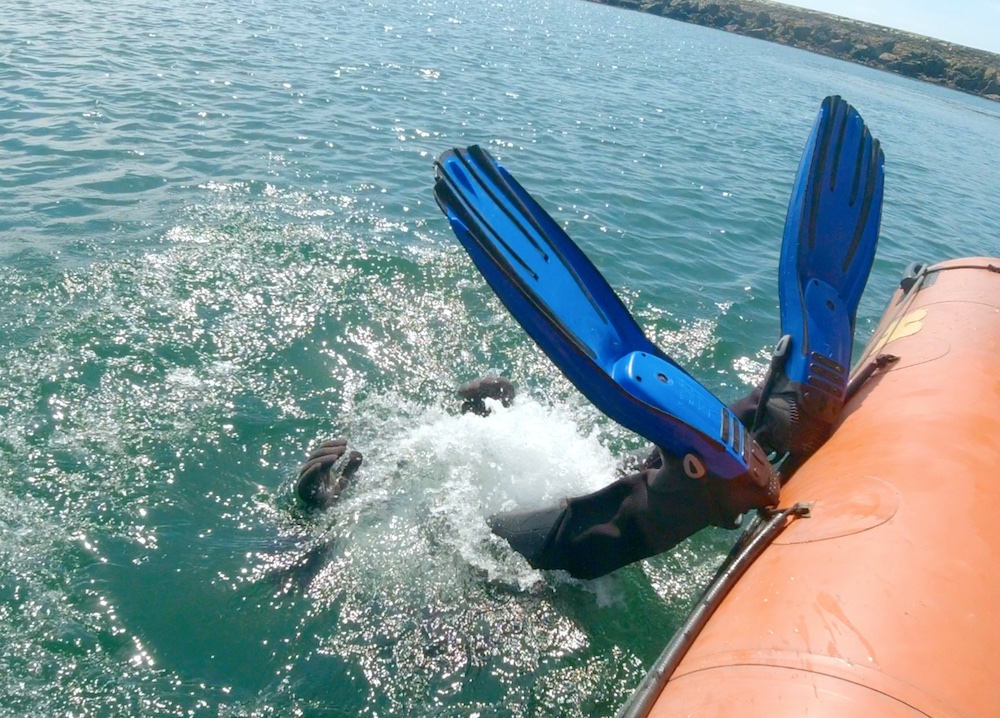 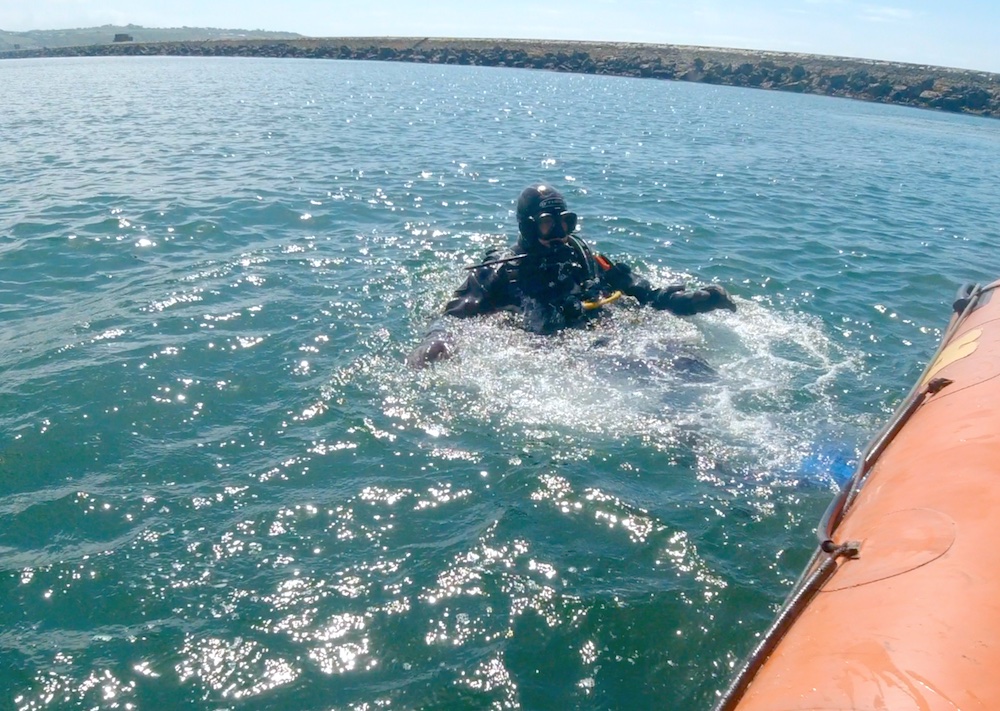 Above: Chris demonstrates he still remembers which direction to go to ensure he falls out of the boat!

Rob & I wasted no time in going down to see what they were talking about. 2-3 metres visibility (after the initial few metres descent) gave us the chance to surprise a few congers, spot a few lobster, observe parades of prawns everywhere, be visited by Ballan & female cuckoo wrasse (of various sizes) and be amazed by literally hundreds of pink sea fans on most available surfaces, including one with eggs being laid by a nudibranch. I recall a member of our party being blown away by a vision of a veritable forest on a large storage drum that got hit by the sunlight just right. 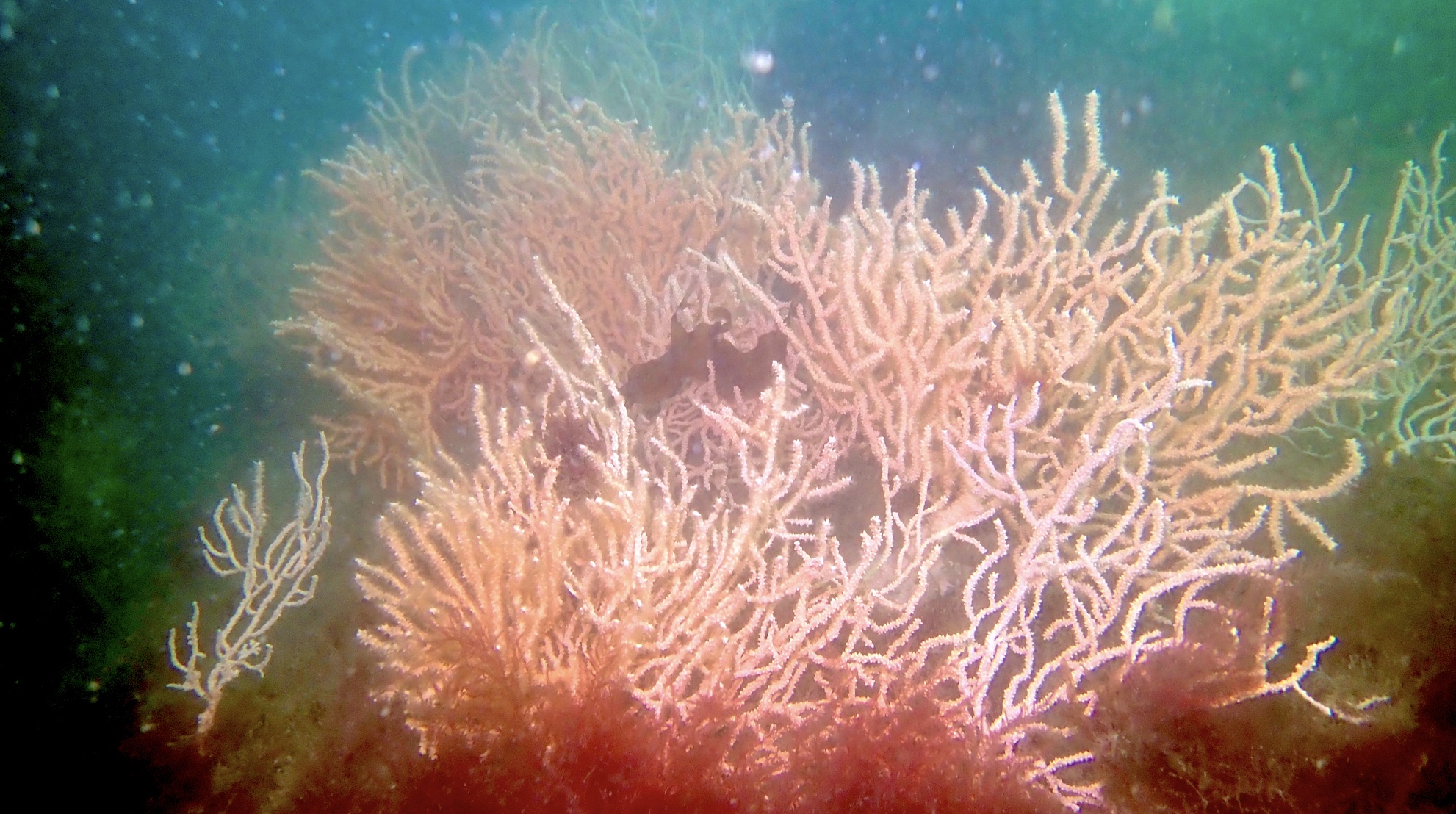 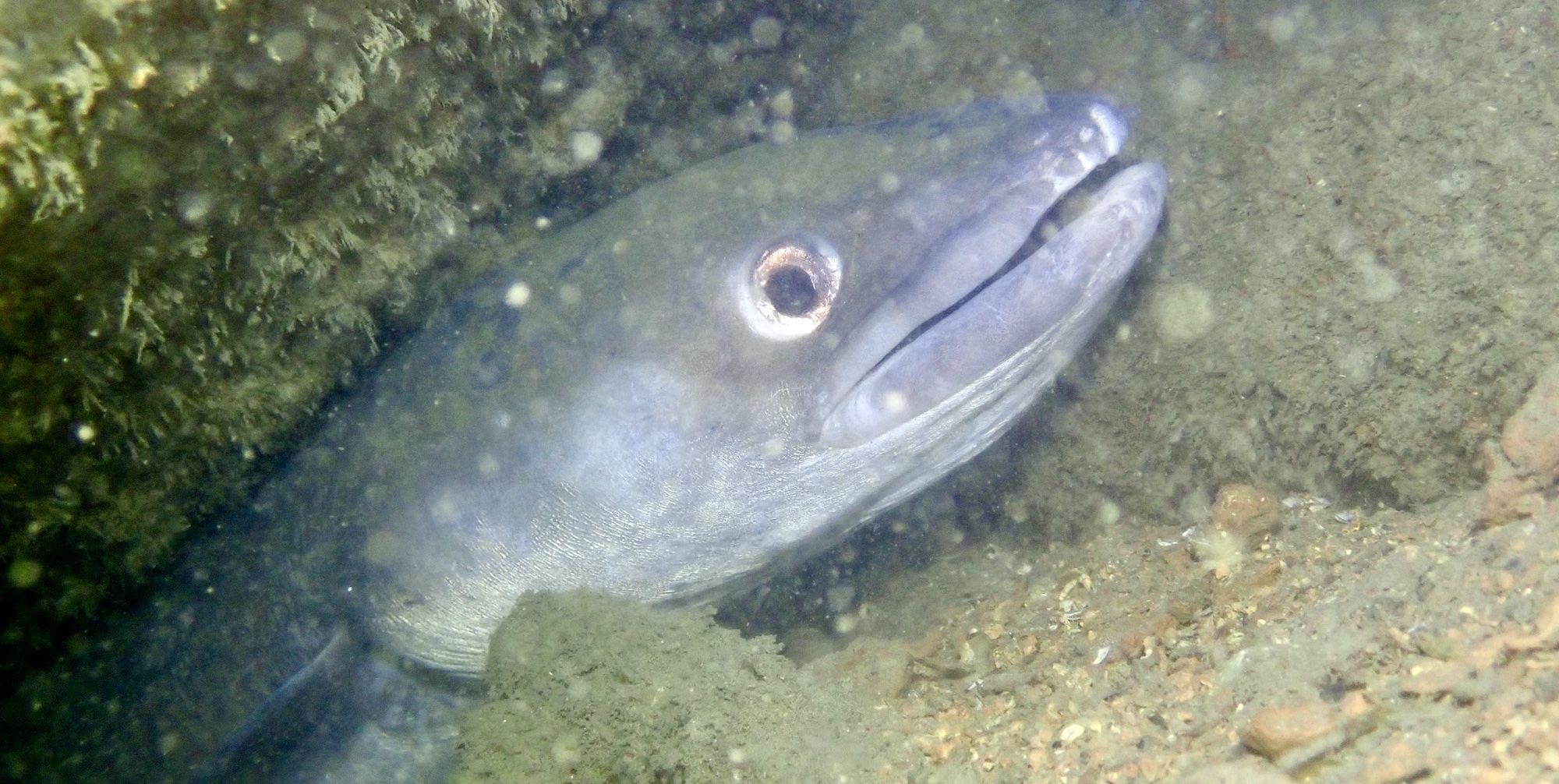 Conger eel giving us the eye!

45 minutes later we too returned with our tales of wonderment – this is probably the most life we’ve seen at this site for many a year!

Being only a max 11 metre dive we all still had over 100 bar left & so decided to do it all again with a second shorter dive with the same buddies in the same area rather than going back. 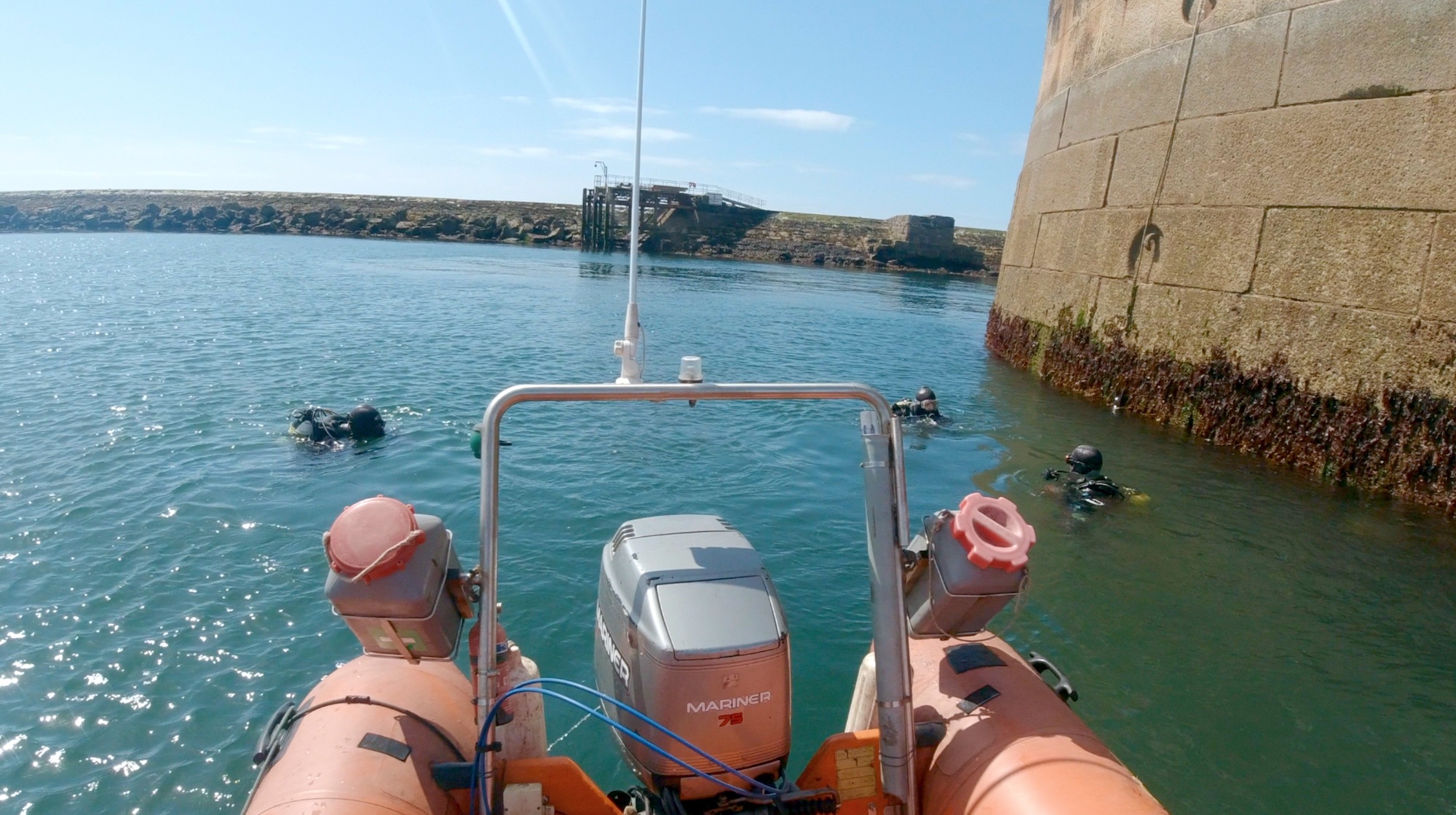 Chris, Geoff & Peter came up from this one slightly early as Chris was running low on air & mentioned there was a fair bit of current but again they’d spotted congers, lobsters & sea fans (among other denizens) & even a dead octopus!

Rob & I followed & I much enjoyed this second dive, for one thing my mask wasn’t leaking all the way round & for the second it seemed like the visibility was a tad better. I spotted a few lobster & congers as well as plenty of blennies playing hide & seek in various pipes along with the prawns whether hiding under debris, along with a few odd dead mans fingers or lined up at the bottom of the fort. 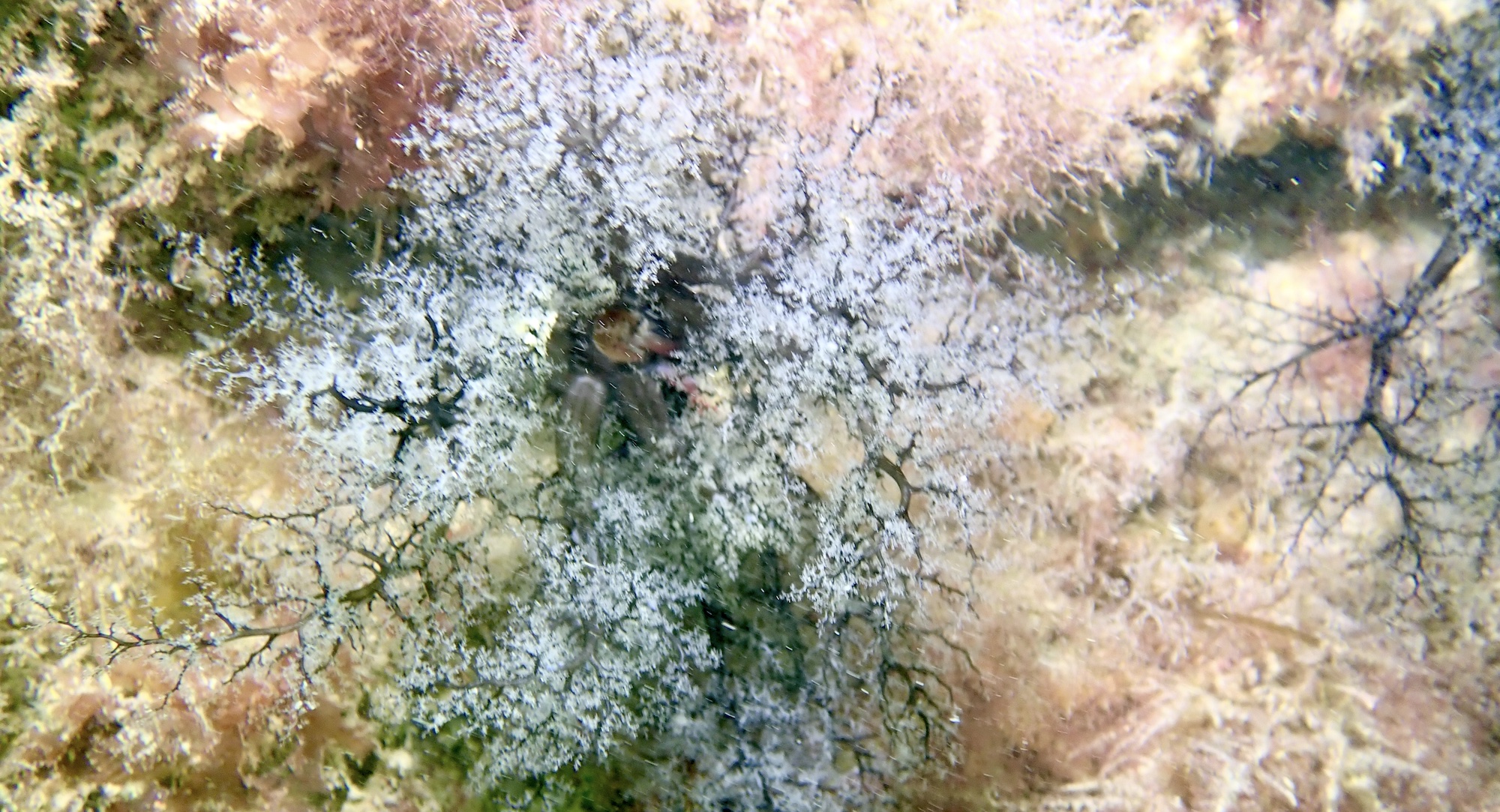 As our air started to run low we changed direction & let the current carry us as we wound our way up the fort wall investigating every cranny & being rewarded with blennies, a velvet swimming crab, an edible crab & various fish as well as swathes of various sea weeds glowing brightly in the afternoon sun. 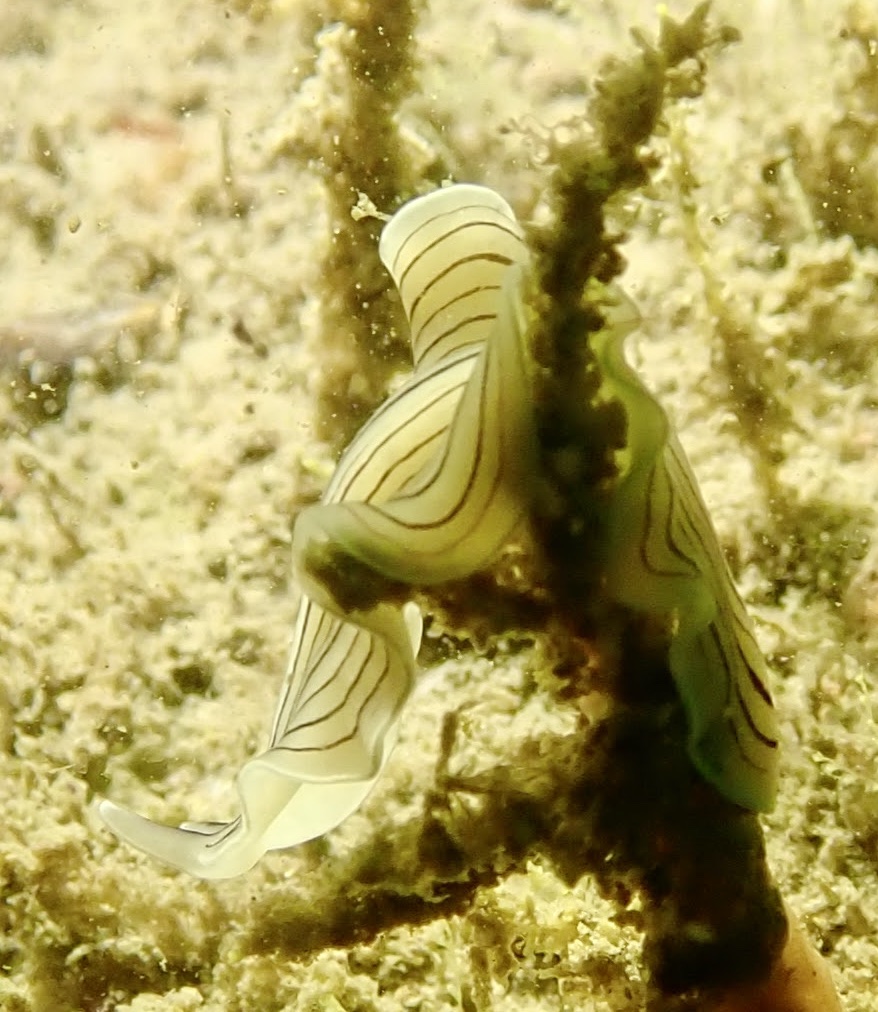 I’d say mission accomplished! (Many thanks to Geoff for the underwater photos & everyone for supporting the trip)

By the way, Rob produced the following list of wildlife spotted which was added to by a few of the other divers – wow!

One thought on “Plymouth Progress (May ’22)”