A lot quieter this time of year

Our chariot of choice was Mary Jo run by Bryan from Swanage Boat Charters (who also hosted our earlier very enjoyable trip) –  being late in the season there was plenty of parking available on the pier & with only half a dozen of us on the boat there was plenty of elbow room!

To kick things off it was a nice shallow dive at the cliffs just outside the harbour to the south – a comfortable 10 minutes journey from the pontoon.

Descending we were greeted by a variety of boulders large & small at the base of the cliffs, most covered with various seaweeds in a range of colours. Beneath them there were plenty of nooks & crannies for critters to hide in though today there weren’t a lot of them – just the occasional small fish & larger wrasse, a dead upside down crab in a hole & that was pretty much it.

Moving away from the cliffs the boulders gave way to white scree that reflected the sun brightly when it managed to percolate through the very milky water giving us a couple of metres of visibility.

Very pretty down there

We continued to explore until it was time to come up & agreed this is likely much prettier & livelier in the summer.

We’d booked 2 straight dives with Swanage Boat Charters & this was the 2nd; no need for a surface interval as the first dive was so shallow. 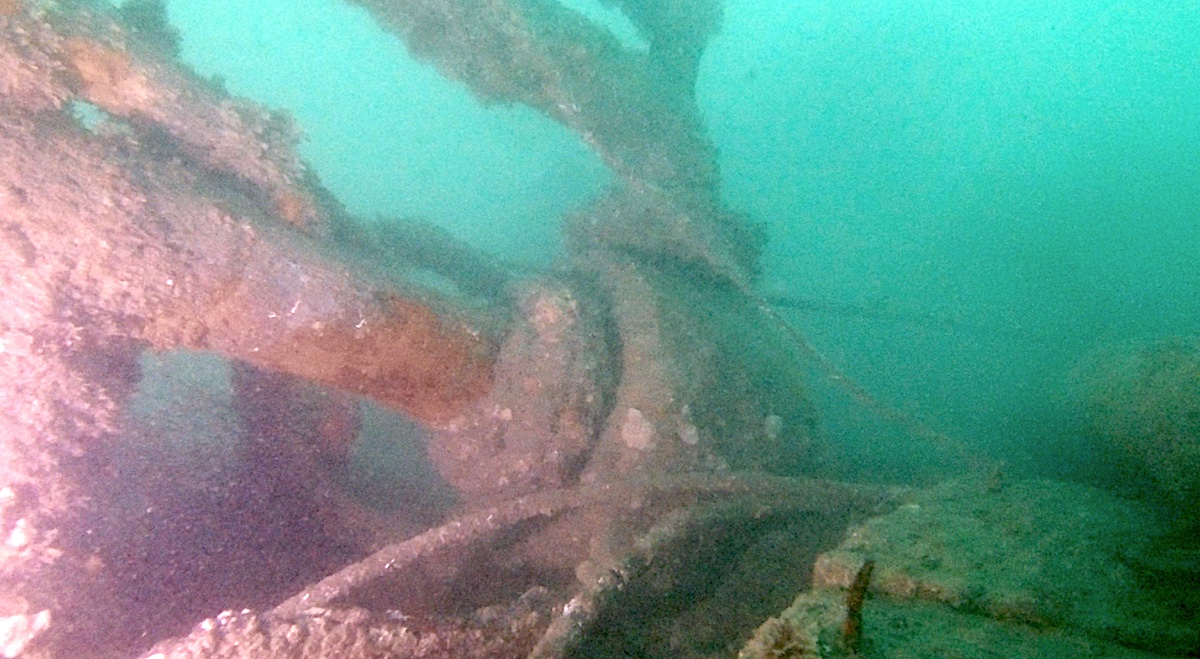 There’s no shortage of mangled wreckage

The Fleur is also only around 10 minutes from the pontoon this time to the north.

Colin & I descended the shot, he having added a few kilos (he’d had to grab a rock on the last one!) once again into the same milky viz & it didn’t clear much – maybe 3 metres at a push. 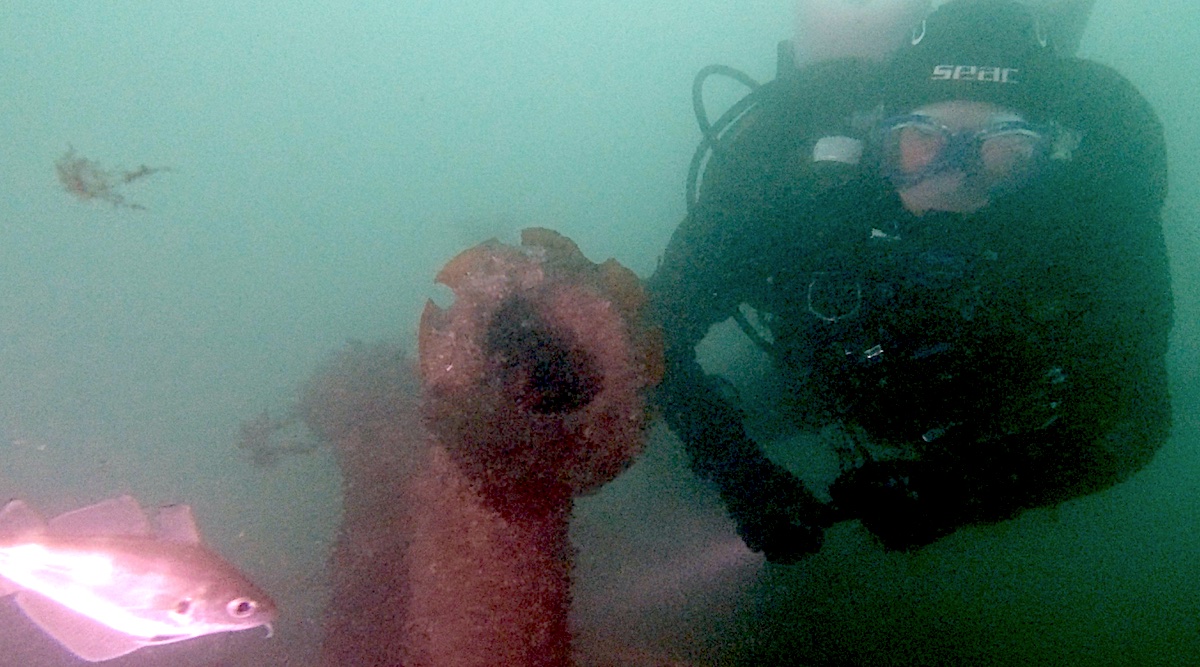 Colin poses with the wreck & a fish 🙂

The Fleur is fairly broken up & unrecognisable so we just explored & wondered what we were looking at. There was some current running & you had to be careful not to be pushed onto some fairly sharp pieces of wreckage & stay out of the open. 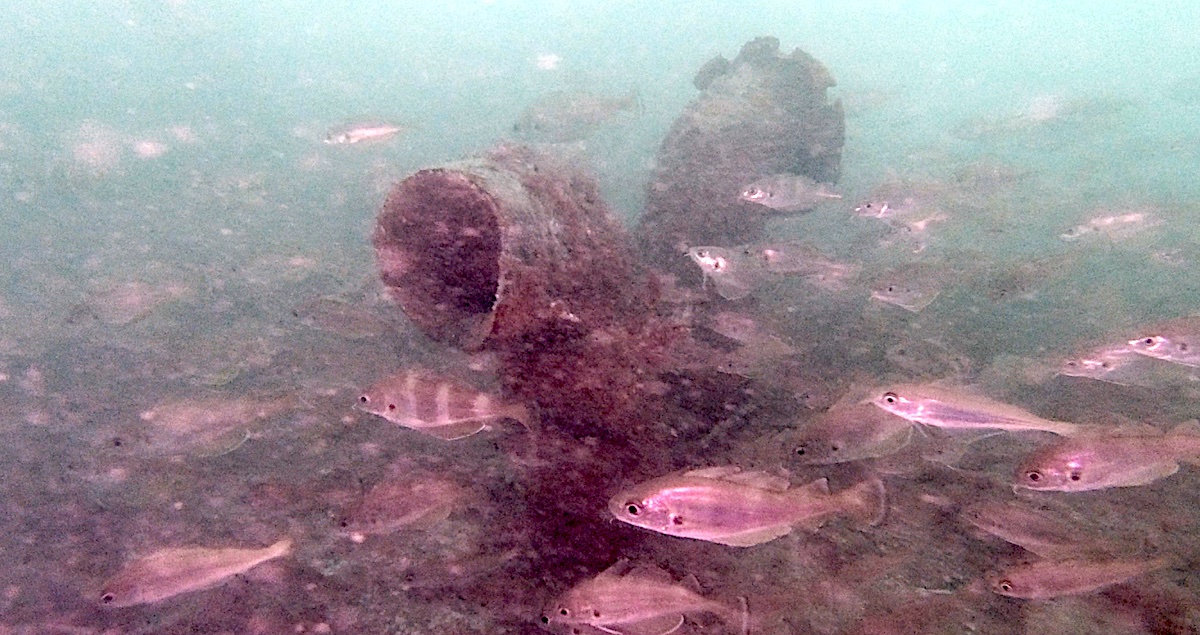 No shortage of life here!

The big plus was that all the life we’d missed at the cliffs was here with a profusion of bib & pollack crowded on the wreck along with the odd blenny.

It’s not a big wreck so having circled it we followed a rope for 30 metres to a wrecked barge in a gulley & swam alongside that to the stern & then inside & back to the prow before returning to the Fleur. A little more exploration before the current made it not fun anymore so we surfaced.

For a sneaky day out I think it delivered; my thanks to my buddy Colin as well as Sue & Geoff for joining me & we have plans for a lengthier return in 2022!