From John & Geoff: Geoff, Teresa, Jan, her sister (Tricia) & I flew from Bristol to the Azores by way of Lisbon but only to change planes on the way out but on the way back, we stayed for a few days in Lisbon. In the Azores, we stayed at the lovely Pousada Forte da Horta. Very similar to the Parador hotels of Spain, full of local character 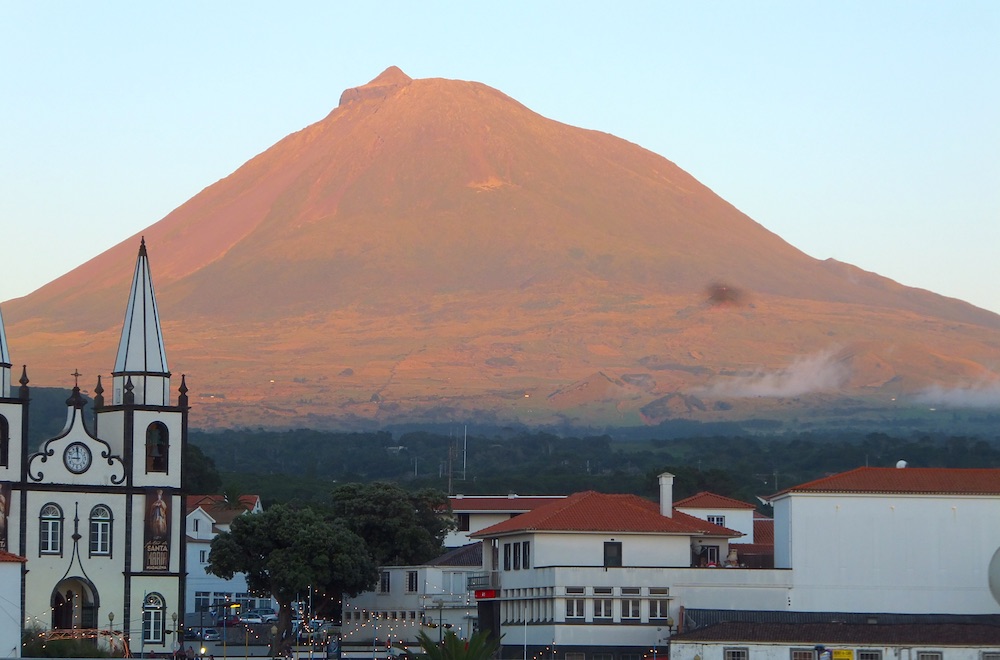 Horta is the main town on the island of Faial & also one of main stopping off ports of ocean going yachts crossing the Atlantic. Tradition is that every visiting yacht should paint a message on the harbour walls. This has left a colourful mosaic all around. 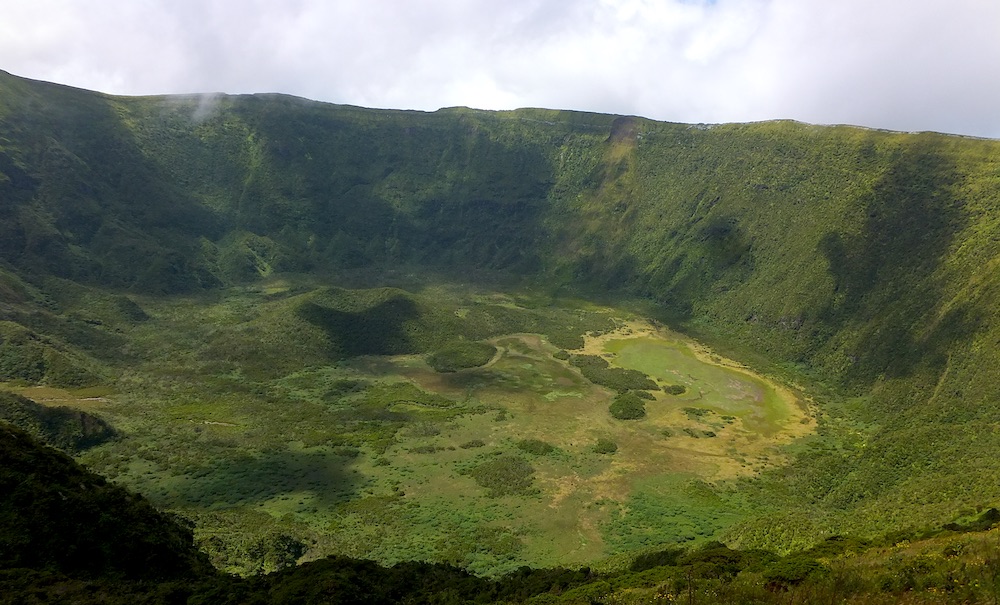 This was to be a holiday with diving, rather than a diving holiday, so only 13 dives were logged between the two of us, though memorable for different reasons, including one when Geoff led the dive guide into a narrowing canyon under cliffs that got quite tight. She remarked she had never gone that far in. I do remember the boat was just a small motorboat with a very dodgy ladder but the crew (of 1) was very helpful

Stunning scenery above water too!

Another day we were supposed to go 45 miles offshore to the Princess Alice Banks to see Mobula Ray. Unfortunately about halfway there the skipper said we had a ‘problem’, the boat broke down in the middle of the Atlantic, apparently a drive belt to the water pump had failed. Thankfully the skipper had a satellite phone to get a spare. A lot of time was lost getting this delivered & fitted, so Geoff & I decided to return to Horta. Others on the trip decided to complete the plan, though they were very late back. A very interesting day without any diving. It certainly made us realise how big the ocean is, a relatively calm day, but with a 3m swell, wouldn’t fancy being a lone round the world yachtsman!!! 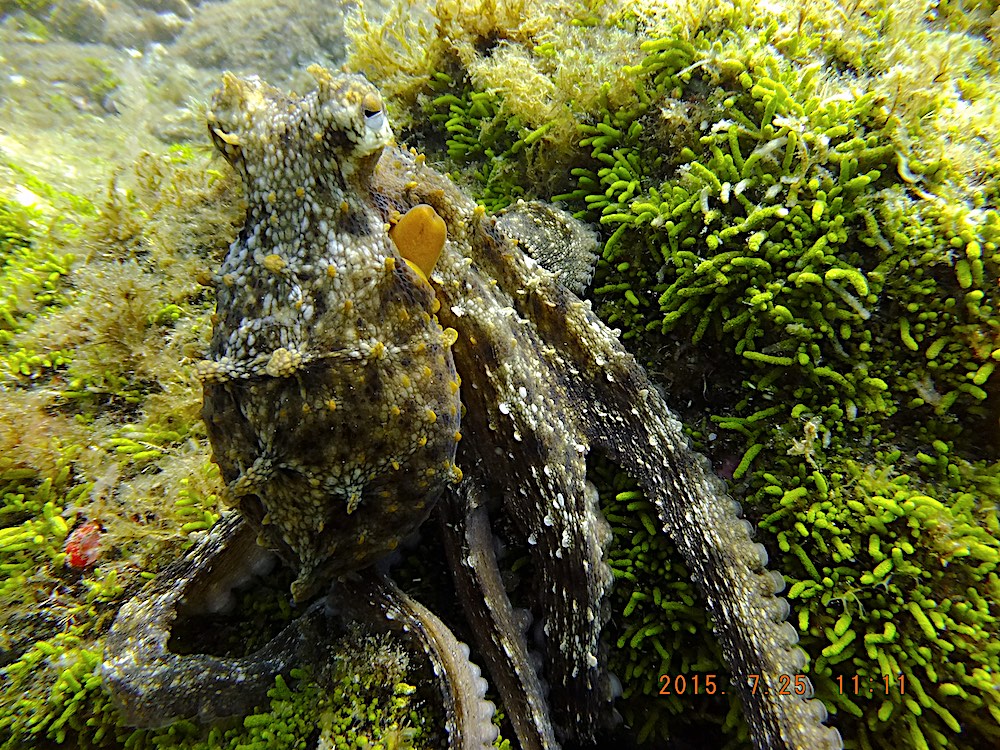 Geoff decided to try the blue shark trip the next day. This meant going out to mid channel between Faial & Pico chumming the 400m deep water, then waiting nearly 2 hours for them to turn up. Well worth the wait, 80 minute dive, max depth 5m drifting with the current, each diver holding onto deployed lines so not losing contact with the boat. An absolutely memorable experience to spend so long with such majestic creatures 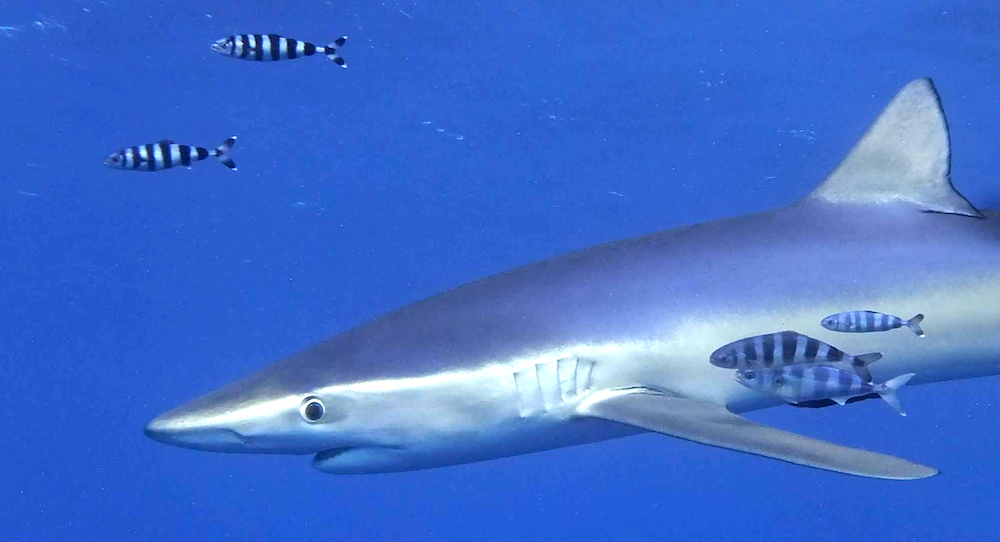 Onshore activities included a festival on the neighbouring island of Pico. The main entertainment was a challenge course for the local petrol-heads driving modified 4WD vehicle over obstacles erected on the main slipway in the harbour 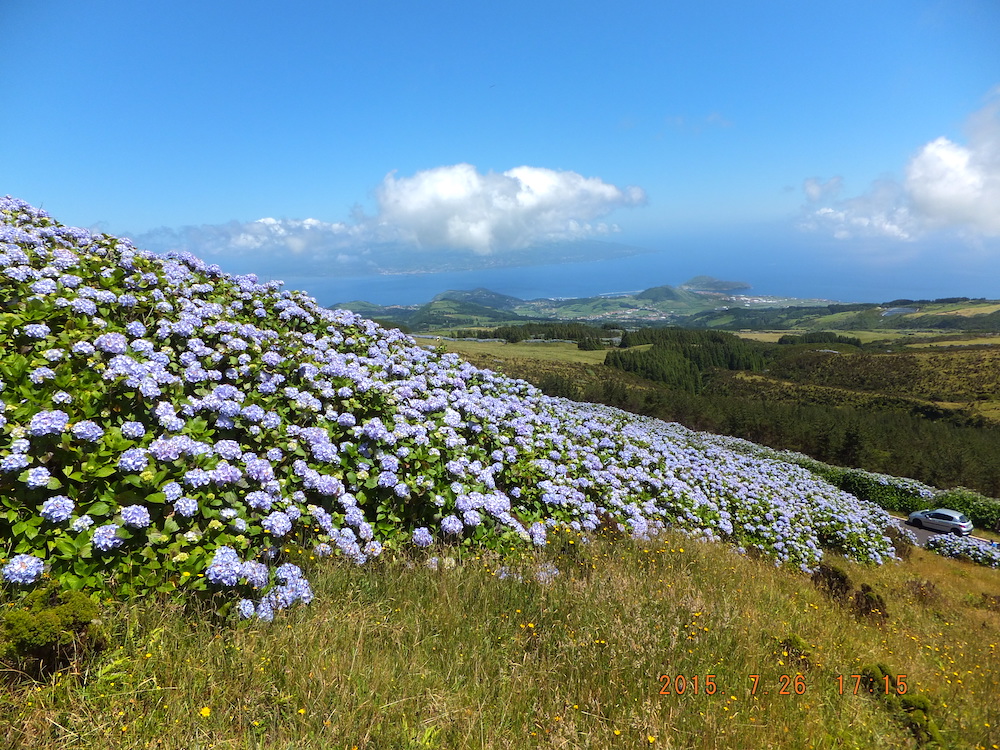 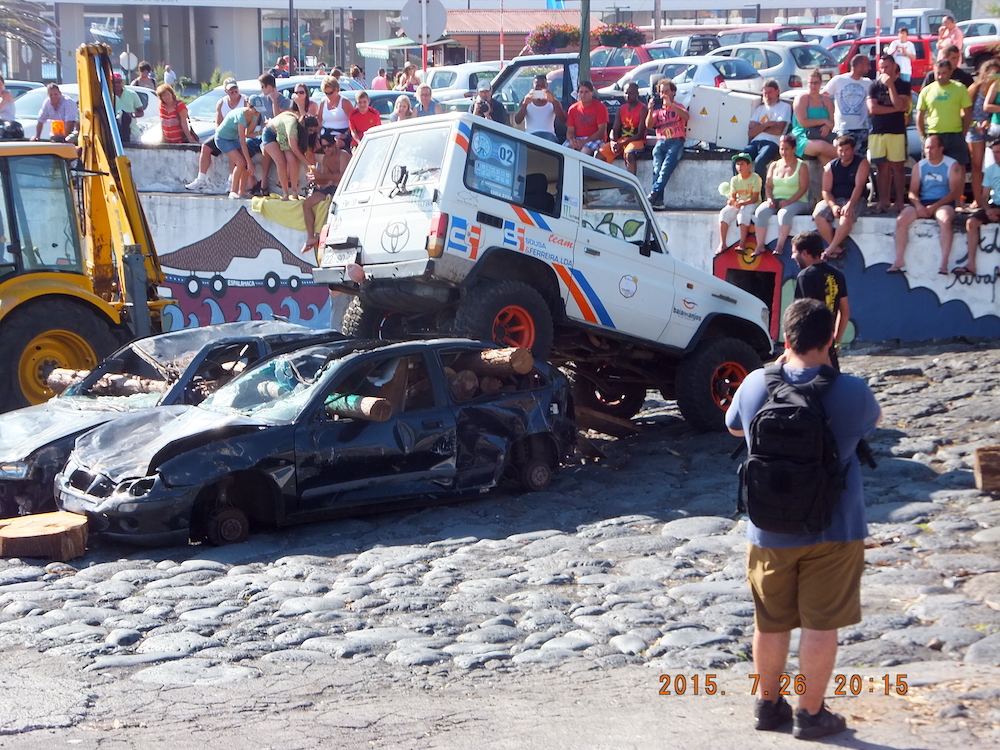 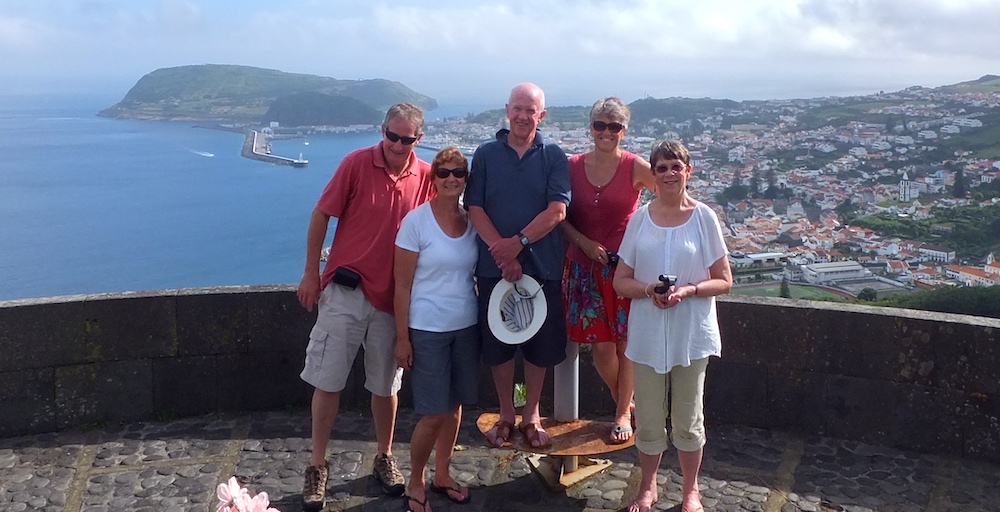