In an effort to try to avoid the chaos of a Bank Holiday weekend I suggested we pick a weekend based on tides instead & this was it!  6 brave souls signed up (Tim, Neil, Chris L, Steve H, John C & myself) and it was on!

Traffic from Bristol was reasonable and Chris & I arrived on-site at the Prince of Wales pub & camping well before 6. With signs on entry advising we go to the bar to register we of course complied & being there we were obliged to sample the Tribute, following which aiding Tim, Steve and Neil with their tents was a breeze – and there certainly was a breeze! 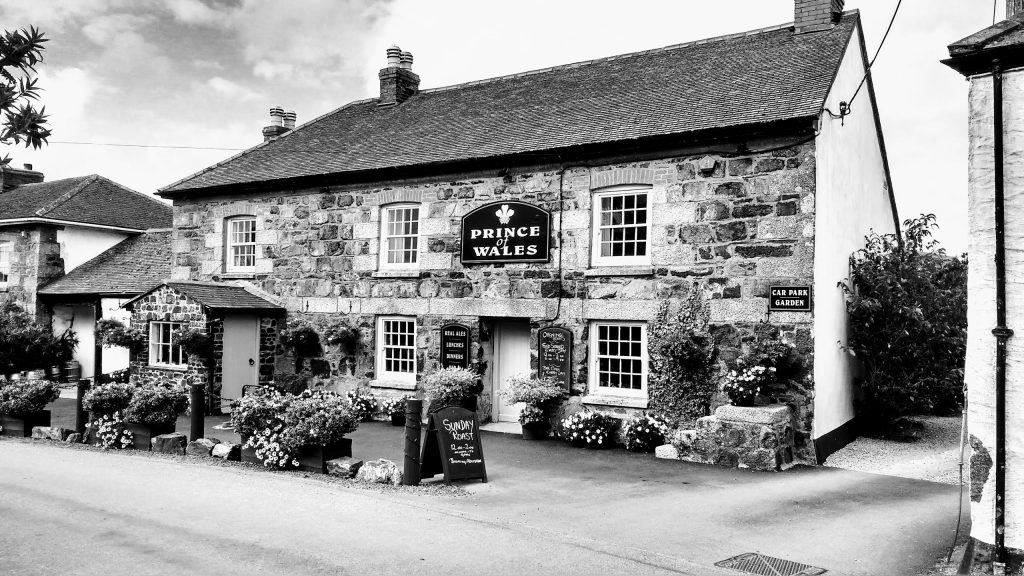 Our base for the weekend! 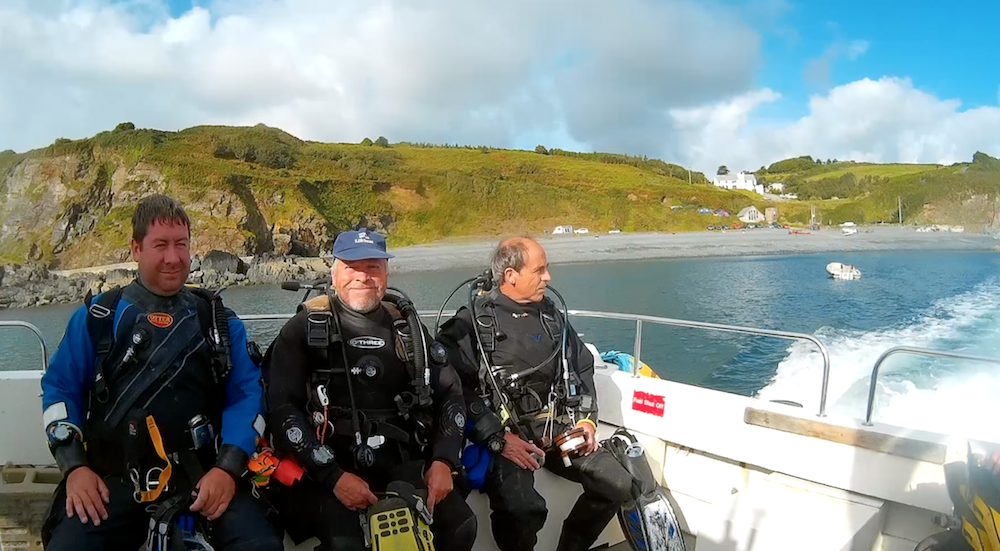 The road to Porthkerris was down a groove between high hedges until we came to the switchbacks down the hill to the bay. The cove itself is very private with a rocky/shingle beach, plenty of rocks to swim round & explore along with some good facilities – toilets, showers, changing rooms & a very well stocked shop by Porthkerris Divers

Our diving was via the Celtic kitten a catamaran shuttle that drops a ramp to allow fully kitted divers to board (up to 12) before heading off for the sites, most within 10-15 mins. (The Celtic cat is a larger boat with a slightly different boarding arrangement where divers follow a ramp that is pushed out to the boat via a tractor – all very efficient!) 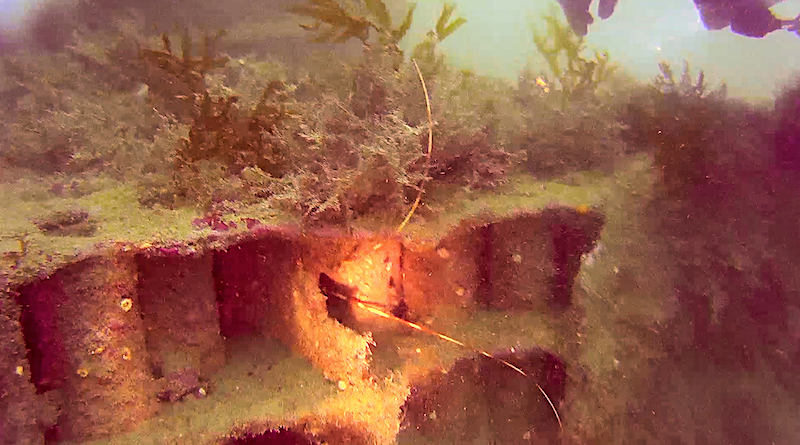 …and I’m not coming out!

Mohegan:  Our skipper Dave gave us plenty of options & we chose to be dropped upcurrent of the wreck with him advising us to then head south, staying a max of 24m. Going down it was very milky but cleared to 3-4m at the bottom, however we soon found ourselves at 29 metres so aimed for shallower ground by heading west first & then south. We came across a large crawfish that didn’t seem bothered with us at all & a number of inquisitive wrasse before we arrived at the wreck proper – quite flattened with no real shape we nevertheless rooted among the plates & girders. 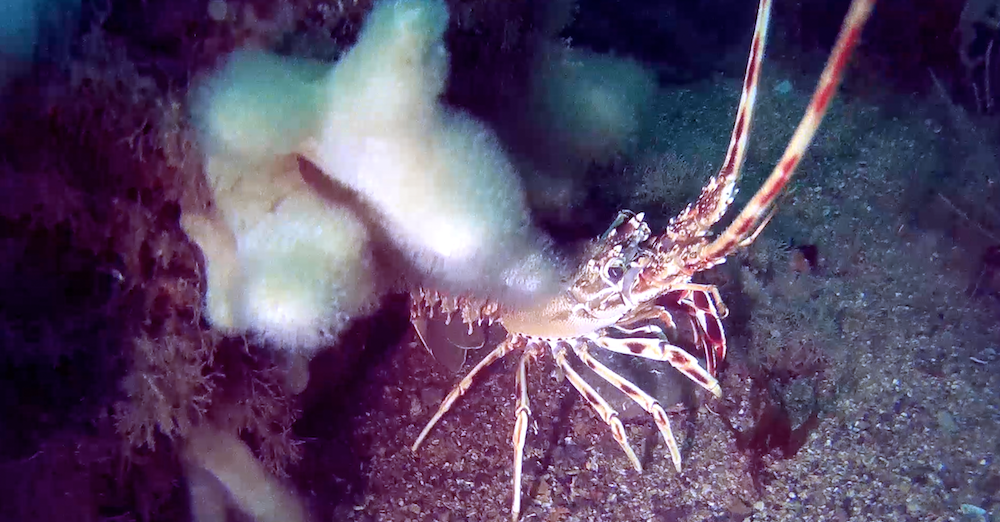 This is my best side! 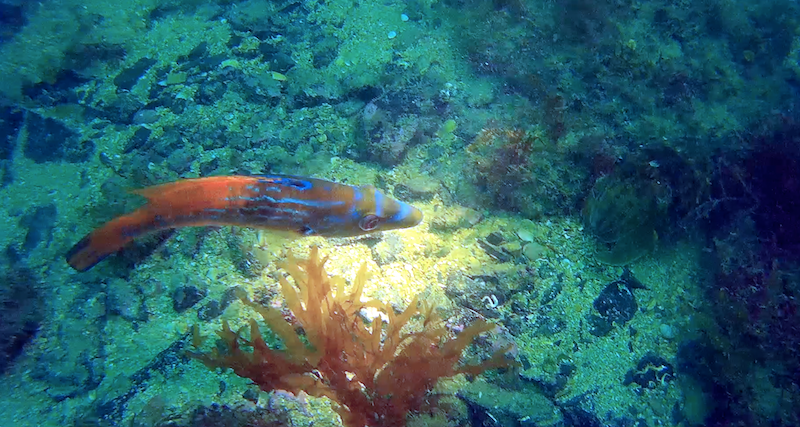 Finally we came to a wall covered in anemones before it was time to go up, at the end of a very pleasant 30 minutes, We didn’t find the boilers but found the wreck – Neil & John instead had a scenic dive on the reef but didn’t find the wreck, they did however find a torch – Tim had trained them well! 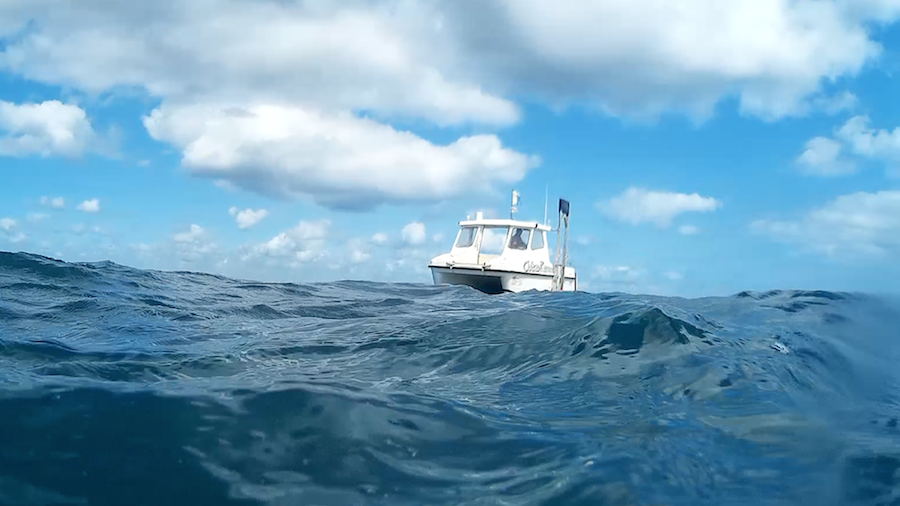 For lunch Neil & I had a traditional pasty cooked to order, although by the time it was done we were cutting it fine for the next dive

Spyridion Vagliano: With the weather worsening a little we headed out again to this named mouthful!

Dave shot the boilers & so Chris & I descended (around 19 metres) & examined their cavernous interior & life before moving off to explore the rest of the wreck. Neil & John followed and then Steve & Tim 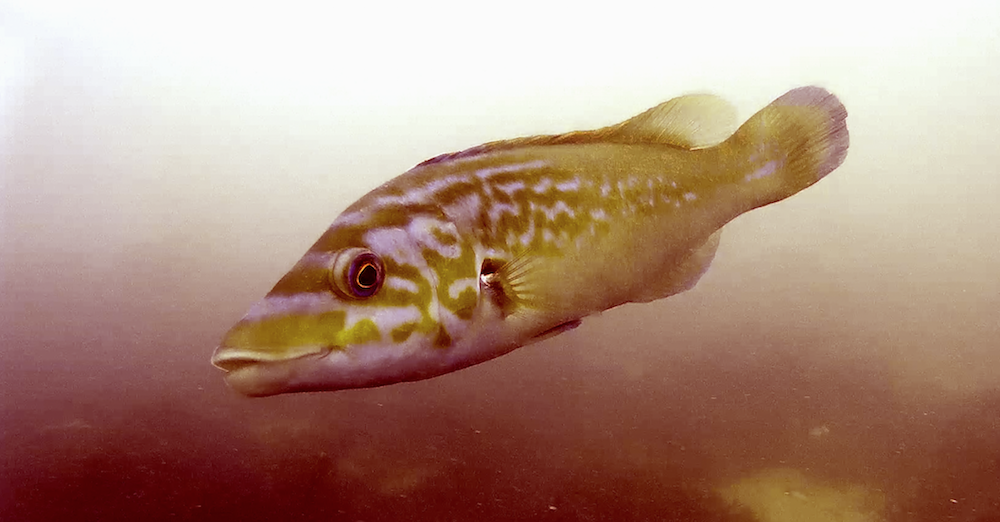 There’s a bit more shape to this wreck, providing a little more structure to explore before moving on to more rocks & then kelp. A number of very inquisitive wrasse almost ate out of our hands as we grabbed handfuls of the sand & gravel at the bottom & offered it to them. 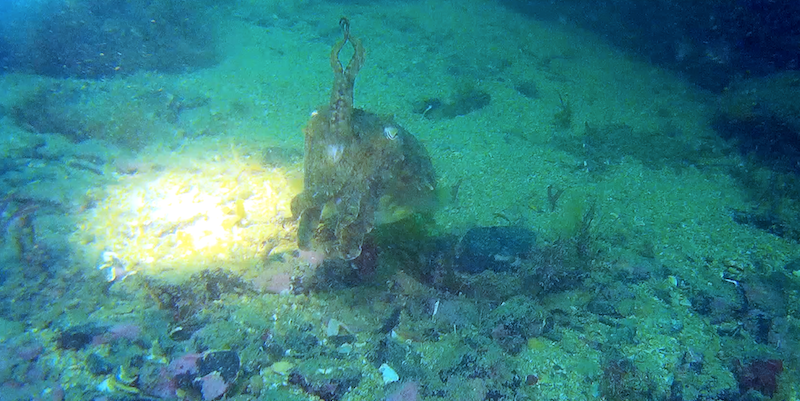 35 minutes later we’d had our fill & deployed the DSMB & ascended to be greeted with a literal wall of white-bait shimmering in the water at our safety stop & pretty much obscuring the surface – amazing!

Tim was in training for a charity swim down the river Dart & so changed into trunks & took his float for a tour round the rocks in the bay. To fully appreciate this we cracked a beer and kept an eye on him 🙂

Then it was a shower (a very good one!) at the campsite before greeting Jan (who had put up Johns’ tent while we were away – what service!) & into the pub for a hearty meal & nighty night 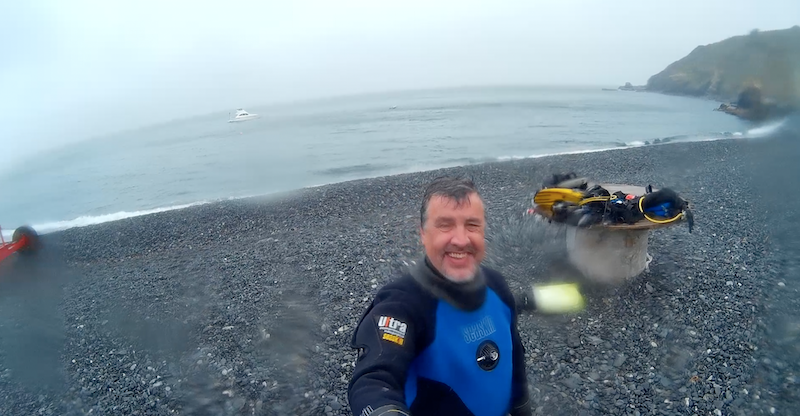 A misty rainy start kicked the day off, which didn’t look likely to stop all day so after breakfast Chris & I packed our tents, headed for Porthkerris & we all got into our drysuits.

With the first dive not until 12 it seemed a shame not to fit in a second breakfast – don’t mind if I do, so a tasty bacon bap was swiftly obtained. While we waited we spotted a baby adder on the beach & set it safely in the bushes.

Volnay: This trip we had a group of 4 freedivers. I’d envisioned freedivers as being very ‘kit-light’ but it isn’t the case by the time you factor in their various buoys & ropes & weights & huge fins. They also seemed to do an inordinate amount of faffing, but I’m sure we all know divers who are at least as bad! 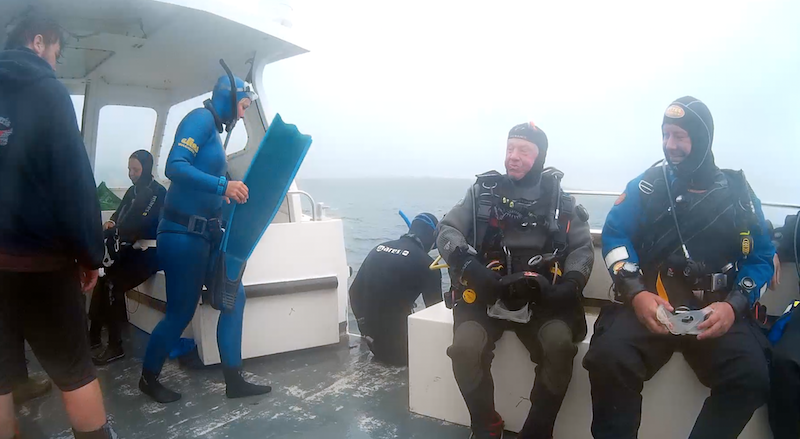 We’d read Ragland reef was worth a visit & Dave took us there but it was too rough so we came closer to shore & dived the Volnay; not an issue for me, I’ve not dived either. The Volnay was great, plenty of wreckage and a preponderance of crayfish. A very nice 45 minutes and not too deep either (20m) with reasonable visibility. 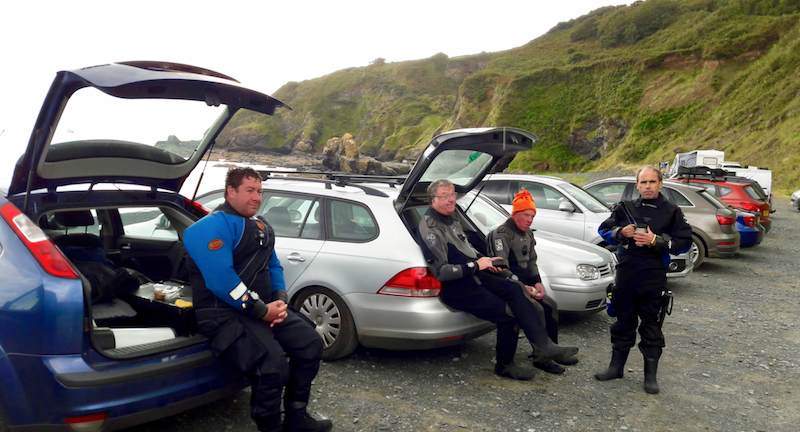 Penwin Reef: It was back for lunch (a perfect ‘hit the spot’ sausage & egg bap) & the final air fill of the weekend before we embarked once again onto the kitten. This time in addition to our party of 6 we had a further 5 divers on board but even then there was still plenty of room. 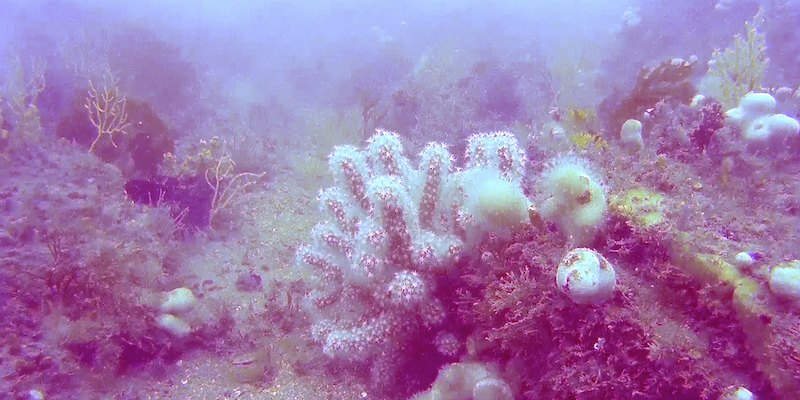 Dave asked what we’d like to dive (we’d been hoping for the river & various members had brought scallop bags) but to each suggestion one of the other divers asked how deep? – like that decided how good a dive it was. 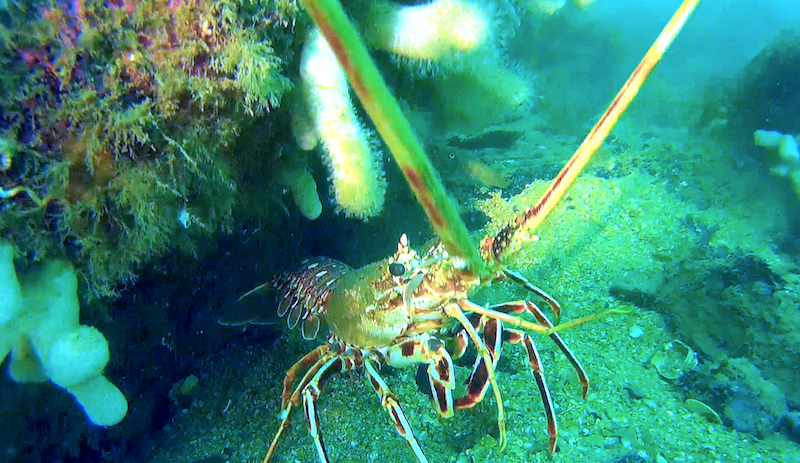 In the end we dived Penwin Reef (24 metres if you need to know) and it was a great 40 minutes – first east through the kelp until we reached the reef and then north. There was certainly plenty of life, along with the usual wrasse and other fish there were crayfish at almost every turn amongst the rocks.

Then it was time to pack up & hit the road.

Our thanks to Tim for organising things & everyone else for their camaraderie (although the references a week later to how perfect the weather was on the actual bank holiday weekend did start to wear thin!)

Last word to Steve H. who was using his new prescription mask & (non-prescription) dry suit for the first time: A double revelation –  ‘…not only could I see but I was dry too!’