Thursday 12th November, 2009 : Miranda Krestovnikoff returned after a sparkling performance in 2007 to BASAC at the BAWA Ballroom to take us on a whistle-stop tour of the coast.

Tickets ( a mere £6 with proceeds shared with BDMLR ) included a complimentary buffet, and the bar was also open 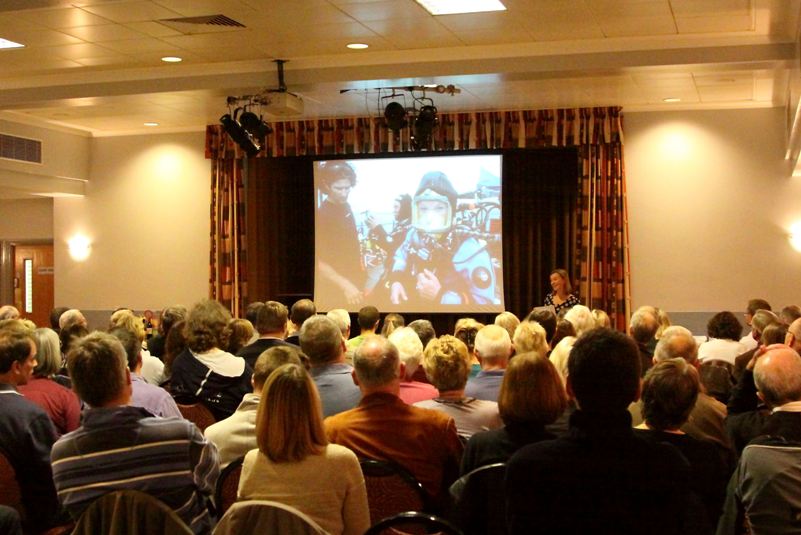 We saw and heard about grey seals in the Farn Islands, Abalony in Brittany, blue sharks off Padstow, the fragile seahorses in Studland Bay which are incredibly difficult to find, and the amazing tube worms in Loch Carron. We often see tube worms when diving and always find them extraordinary but we have never seen such a profusion of them as Miranda showed on her film of diving in Loch Carron.

We were also given a short introduction to the work of British Divers Marine Life Rescue by Julie Kay. They have a nation-wide group of trained volunteer rescue teams who can respond at short notice when a marine animal is in trouble. BDMLR Medics are trained in the rescue of animals from seals, using quad bikes from remote beaches in Scotland, to whales and dolphins, using whale rescue pontoons to refloat them, including a 12 foot long baby Minke whale in Loch Salvalen, which was succesfully refloated and released in The Minch. 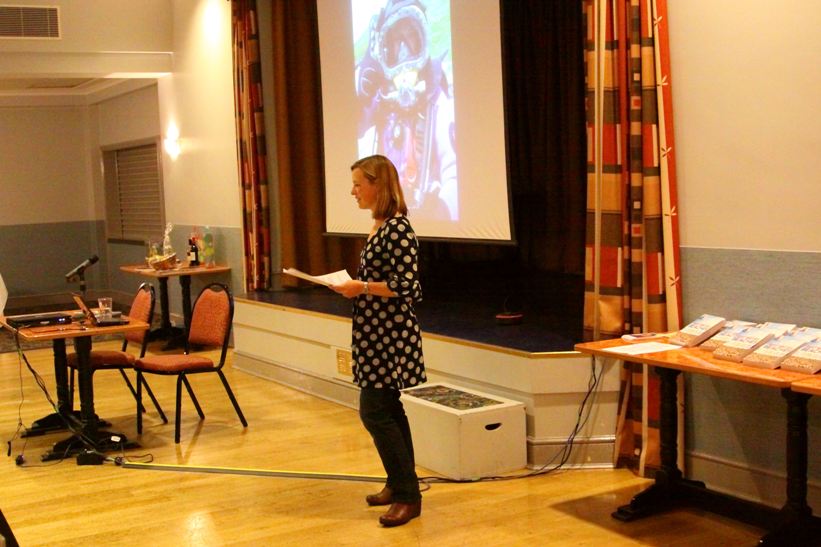 And last but not least, there was a superb display of photographs in the wings of the hall, by Mark Stinchcombe and Simon Green.

Bob Abbot used some very high ISO numbers to get pictures of the event without using flash.