11th April – 25th April : The recent club trip diving in Mexico on the Yucatan Peninsula was quite a success by producing a total of 138 dives including 24 Cenote dives with lots of sightings and photos of interesting beings (several of which are attached). We also had several visits to Mayan cultural sites and ruins with a little bit of relaxing and chilling out on the beach and bars.

Eight of us (6 divers and 2 non-divers) flew to Cancun on 11 April with a transfer to Cozumel Island where all of the sea diving (from day boats) was to be made. Two more arrived on Tuesday night and one went home on Saturday 18 (as planned) and the rest all came home on 26 April so we were mixing and matching and enjoying each other’s company. All of our accommodation was in All-Inclusive Resorts and, I would say, our group was the most active of any group there. (!, Ed.) 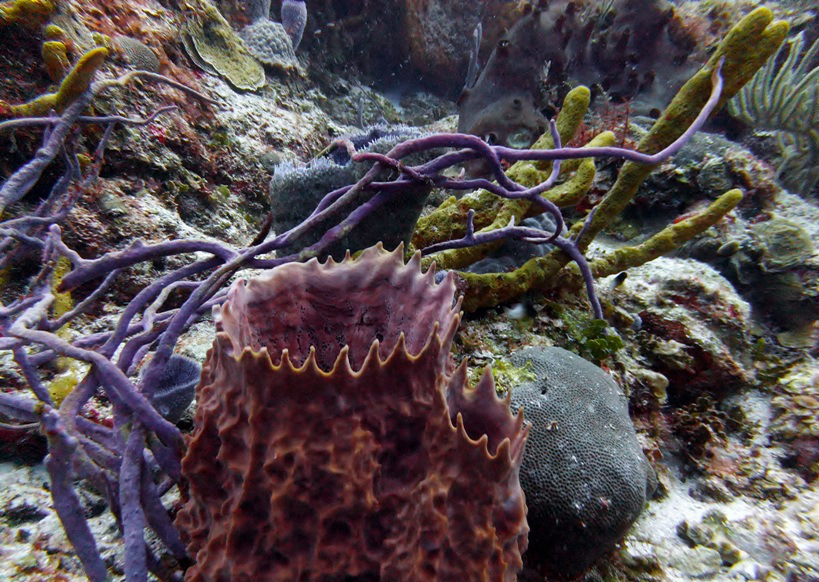 One of the many huge vase sponges

Most of the Cozumel dives were fast drift dives with sightings of free- running spiny lobsters the size of small dachshunds, turtles, an array of the usual reef fish and a grouper the size of a hog!! Many funnel coral and sponges which sometimes were spawning and from time to time, one did get the opportunity to see the smaller beasties during swim-throughs. 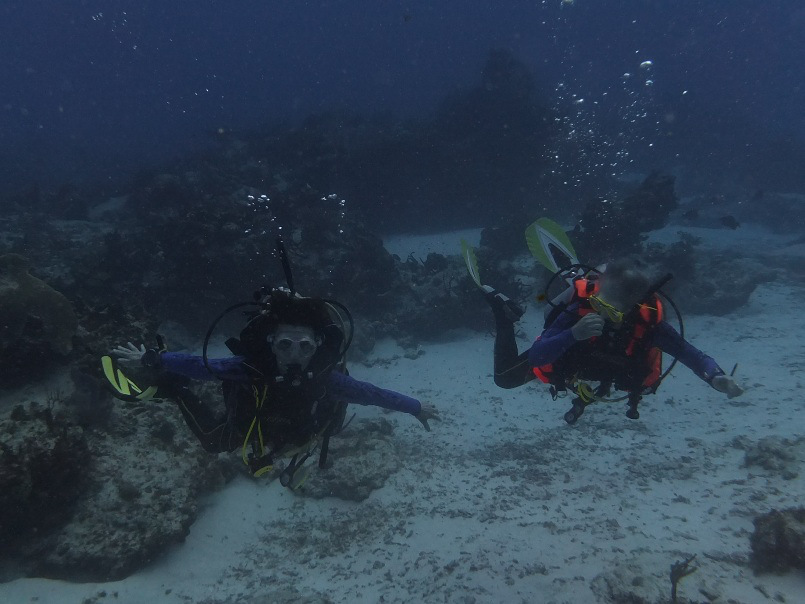 Flying on a drift dive. (Bloke on the right needs his weights further up to get a flatter dive posture. I can be critical of myself. Ed.)

Some of the diving was quite challenging as we did have swirling currents and down currents but it could never be called boring. Many of us enjoyed ’flying’ over the reefs and the exhilaration of seeing 3 dive sites in one dive. I suppose a disadvantage is that one did not see the glory of the reefs because we seldom got the time to inspect the beasties. 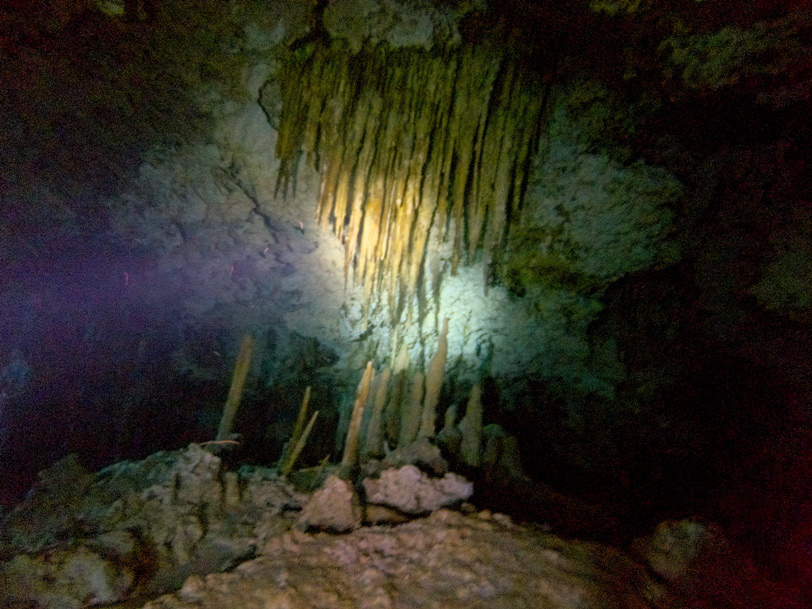 Stalagtites in a flooded cave. It must have been dry when they were formed.

Bob ran a ’fitness club’ for some of the group in the mornings and our snorkelers sighted a crocodile (not while snorkelling!) and courtship displays by fish in the Cenotes. For the divers, the Cenotes were a unique experience and I for one found my first halocline extremely weird!! 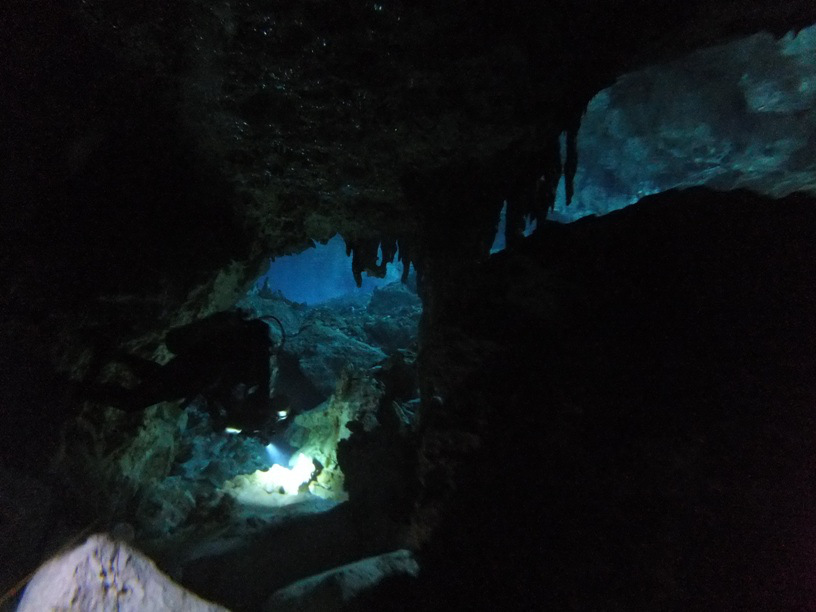 Emerging from the cave into open cenote.

Among other sites, we were entertained by Frigate birds being fed on the fly by fisherman who were guided to where the schools of fish were by the diving pelicans and shepherded on the ground by multitudes of iguanas with flights of pelicans above us.

And then of course we had the ruins of Chichen Itza and Tulum on one side and crashing seas on the other. Not a lot of time to read! I used Trailfinders for about half of the trip and ProDive Mexico for the other half and was absolutely pleased with both companies and especial commendation for Marike Hauser at ProDive Mexico who handled numerous questions, changes and solved problems for us. The group consisted of Bob, Mathieu, Mary & Laurence, John & Jan, Neil, Sue and Geoff & Teresa.

If you have any questions about the trip, ask any one of us and I can supply information about the arrangements.