Saturday April 23rd – Monday April 25th : Plymouth for the Bank Holiday weekend was the plan; we took two boats (see later for the towing adventure!), both 6 berth Humbers. We did not fix dive sites or buddies ahead of time, leaving that to the days themselves.

We had a good mix of qualified divers and boat handlers that meant we had no major restrictions in terms of scheduling, Mary, Laurence, Rob, Chris H, Tim, Jo, Duncan, Mike, Sue, John & Geoff all dived at various points over the weekend and we managed to dive 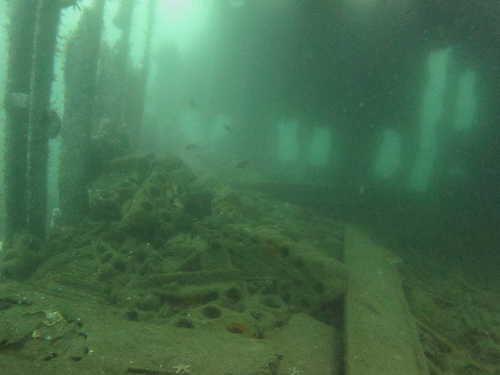 The feedback, more than describes the enjoyment felt by those attending:-

And now the detail on the bodgers & jerry rigging mentioned above from Laurence:-