Very autumnal feel to this shot (thanks Tim)

Sometimes it’s the things that are least arranged that turn out the best & such was our fallback to Cromhall when our Portland trip was no longer possible.Originally two buddy pairs, then a trio, then back to two pairs and finally back to a 3, Tim Geoff & I met at Tony Powells’ for air & then down to the ticket office where Sue was awaiting Vicki for a swim. As Vicki arrived we headed round to where a group of 6-8 divers had set up camp by the mid pontoon with promises of 5-6m viz from Tony.

Check out the report below and there’s also a video here: https://youtu.be/2IYEM92173Y

Kitted up & giant-striding in we found Tony was as good as his word & we quickly located the cabin cruiser and then the plane and helicopter in short succession, being able to see one from the other. 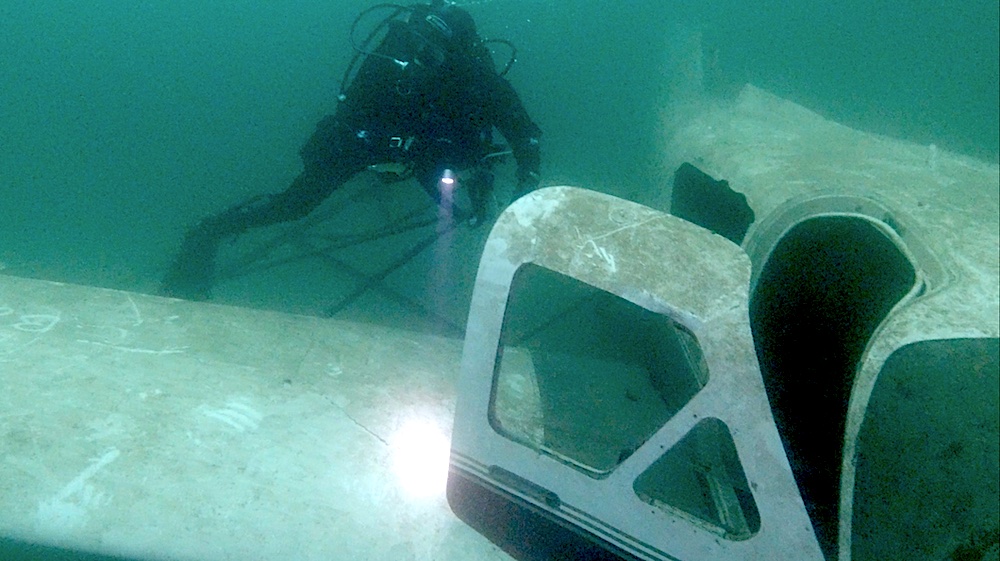 Geoff checking out the plane cockpit 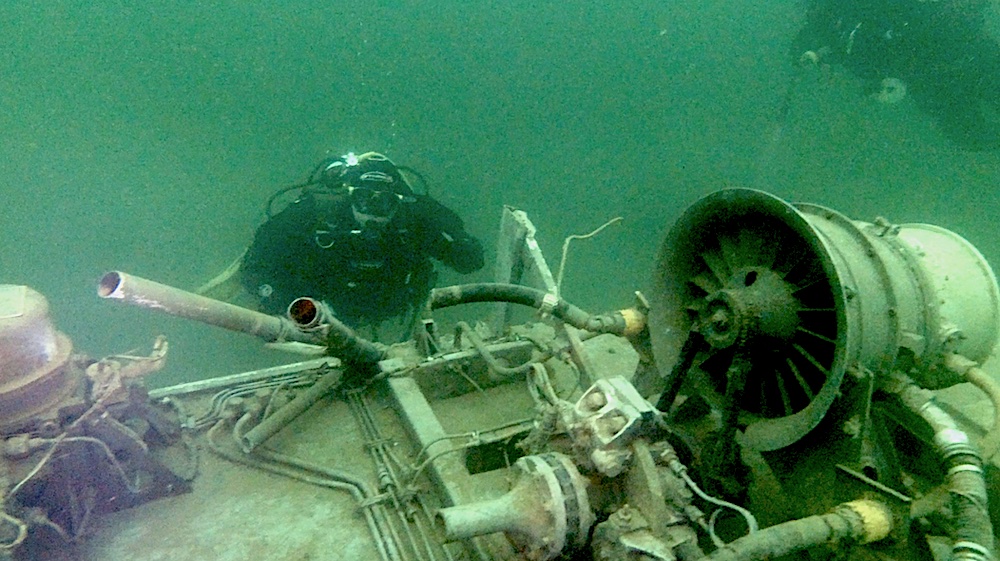 The plane was lying on a somewhat crushed trapeze/scaffold where it had come to rest after its’ final underwater flight (apparently it didn’t go straight down when sunk); the helicopter particularly impressed with its sheer bulk, wide selection of complicated looking machinery & after a good swim to the tail we were able to look back along the full length. In the roomy cockpit many small fish (minnows I believe) clustered around the dials as we thoroughly explored a different kind of wreck. 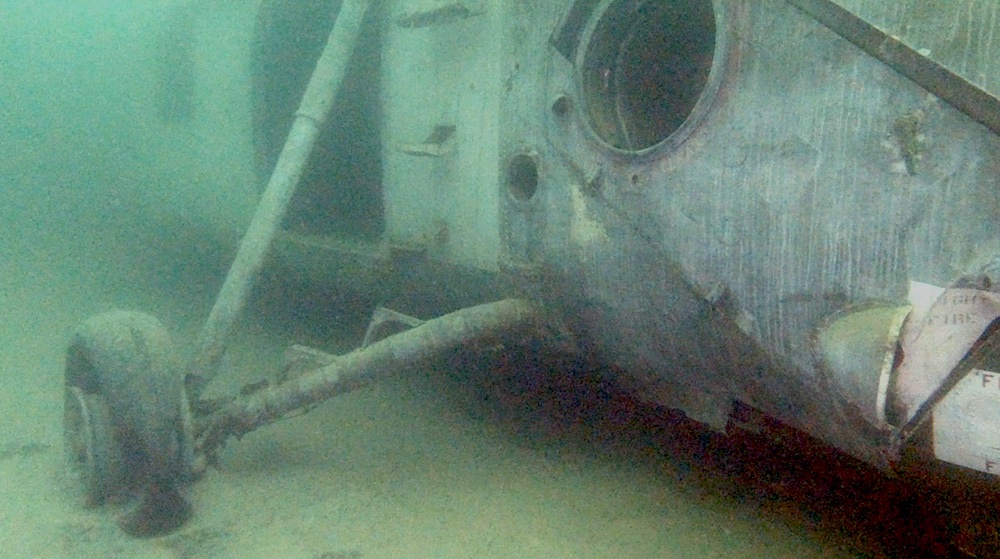 Getting the whole helicopter into frame just isn’t do-able 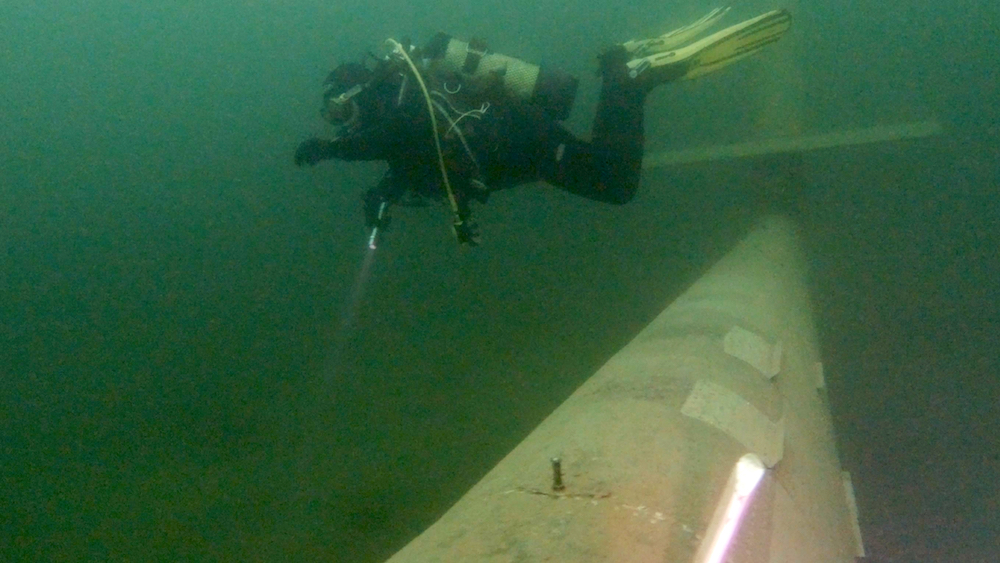 Looking towards the helicopter tail with diver for scale 😉 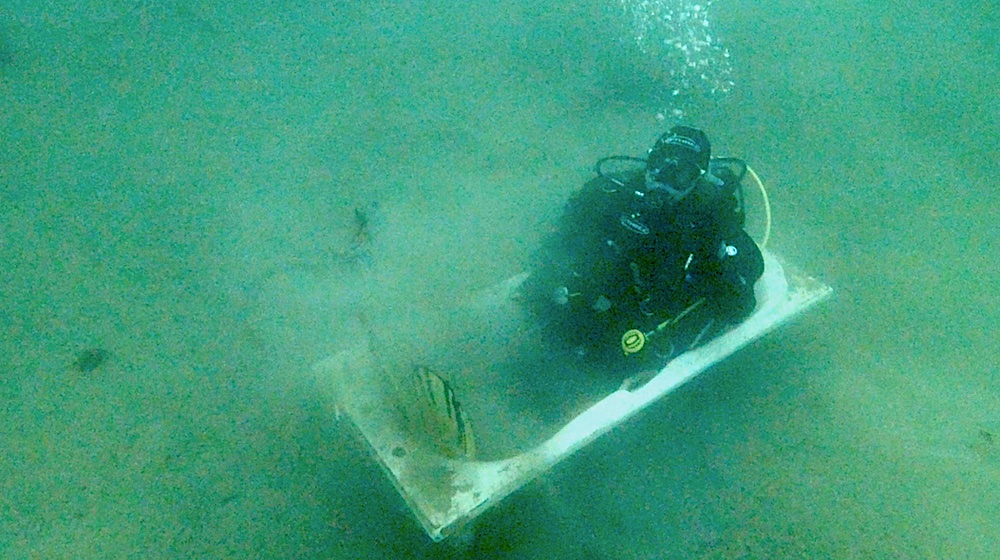 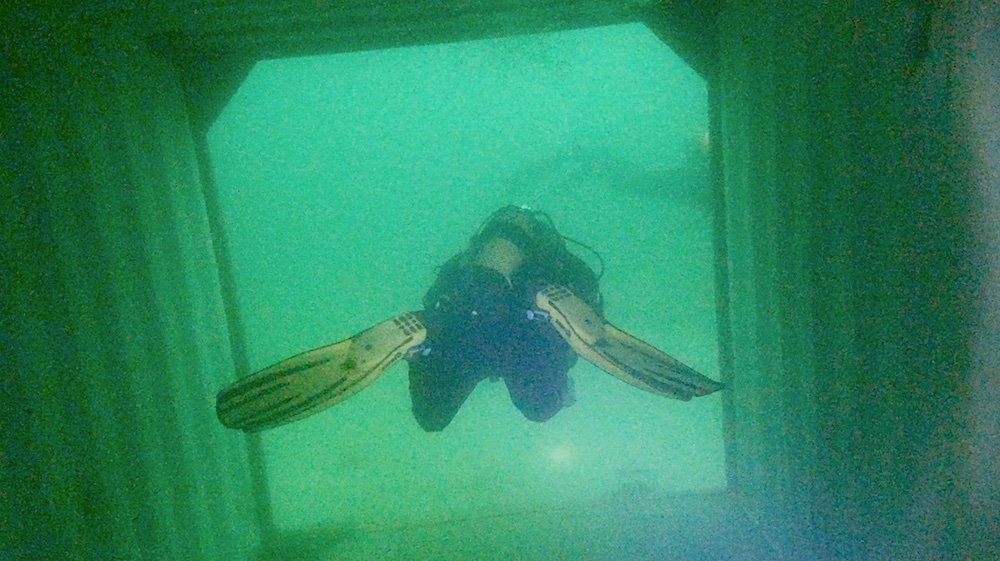 On we went to another shipping container before returning to the cabin cruiser & then a nice slow ascent as we watched the other group of divers down on the boat. 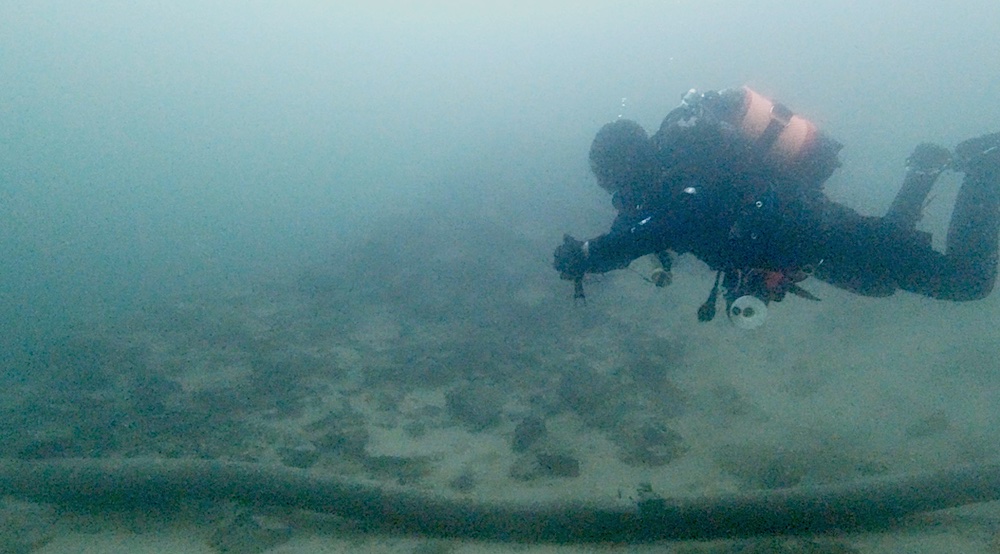 Geoff follows a giant snake – he has history 😉

Surfacing after 64 minutes I realised that with a topside temperature of 2 degrees & a minimum of 9 underwater the cold hadn’t really been an issue at all.

Coming up the pontoon steps we realised we were all a little out of practice, with most of our dives this year involving lifts!

That final climb is never looked forward to!

It was time for something hot a snack & debrief 🙂

My thanks to Geoff & Tim for joining me, my wife for providing a warming bowl of porridge to start the day, a hotty to wrap my clothes in & a coffee for the post-dive – rumour is this might not even be the last dive of the year 🙂