Saturday 20th March, 2016: Nearly a year since I was last here & a lot has changed: new attractions (a swing that takes you over the lip of the quarry), new wigwams (one you have to walk through from the car park – not very sensible – divers in gear are not small), fewer potholes in the car-park, and a lot more people – must have been 80 cars in all.

This was literally a buddy trip since it was just Chris & I trying out some new kit & looking for some depth progression ahead of Scapa later this year.

Despite being sunny all week, the day itself dawned grey & chilly, but dry at least and once we’d agreed our plan we found that despite the large numbers of divers there was no appreciable delay in getting the van down to the pontoon.

Dive 1 was off the pontoon towards the deep end, heading NE; with a check of swapping to pony & back at 6m & then down to 25m pretty quick, we soon came across the double-decker bus & then the lip from where the depth plunges first to 50m & then further out a stunning 75m! We dropped over the edge & once we reached 33m (our target) we headed back up & then due South to pick up No. 24 (Pontoon chain buoy), No. 31 (Single decker bus) & No. 22 (North Sea Diving Bell); all of this in pretty good viz & despite the activity above, we didn’t meet a single other diver while down. 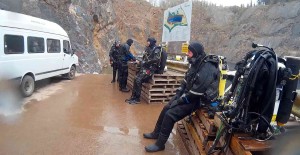 Glad to say my (new to me) pony, regs & 15 litre all performed well , though I can’t say the weight made them my friends and it was good to get a rest while we waited for the van to take us and our kit back up to the top. 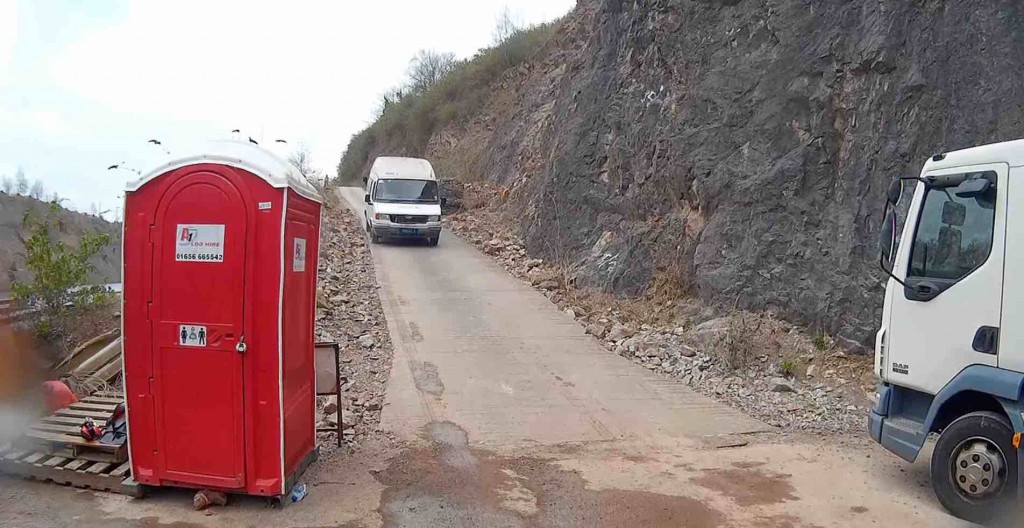 After the always disconcerting reversing van ride up to the car-park & a cylinder swap we headed to the cafe for a warm drink & some bacon/egg/sausage rolls & a debrief – all good. This not only served as lunch but also some vital off-gassing after our deep first dive to ensure we could get a reasonable 2nd dive in. We’d timed our visit right since as we left the cafe a lunch queue was forming.

Dive 2 was just with a 12 litre (blessed weight relief!) so it was back on the van down to the pontoon, this time at the busy ‘shallow end’ (only 25m!). Chris suggested I lead & why not, I need the practice. 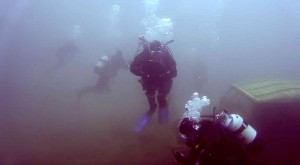 A leisurely meander down the quarry road taking in & thoroughly exploring the various artefacts available, from ‘Landrover Lagoon (No.1), to ‘Airplane & Swim throughs’ (No.4), various army vehicles (Amphibious, Troop Carrier & Self-Propelled Gun: Nos. 5, 6 & 8) to the ‘Gnome Garden/Castle’ (No. 7). Those we didn’t investigate on the way down we checked out on the way back. It was noticeably busier here & not everyone seemed to wait their turn – isn’t there some kind of diver etiquette? 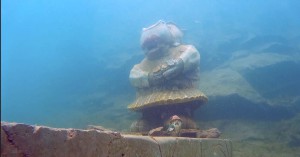 Apart from the various items there wasn’t much life (I saw one fish & Chris 2) but it was entertaining enough, still, despite the traffic, pretty good viz (6m or so). 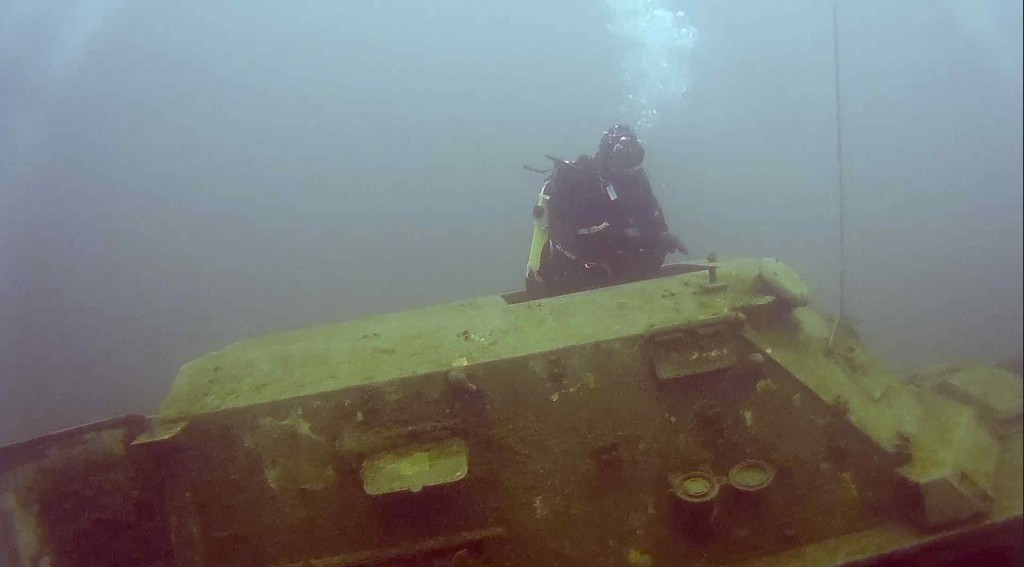 All in all we had to consider it a day exceedingly well spent. Both dives went to plan, we achieved what we needed, we weren’t rushed or kept waiting too long, air is cheap, food & drinks were hot & quickly served – we’ll be back!