18th October, 2008 : The Bretagne is the club wreck and as such it was only right we checked out how she was doing down there!

The Alpha launched from Brixham with 6 divers and Tim scored a bullseye by putting the shot down into the hold of the wreck.

Conditions were about 3 metres visibility, which is pretty good; there were lots of bib, pollack and crabs, and a couple of congers, large fan corals and the sea bed is covered with small conical shells.

We covered 32 miles in the boat in all, having put into Teignmouth to get air, but they were closed, something about getting married? Good luck anyway.

For interest here is a plot of th 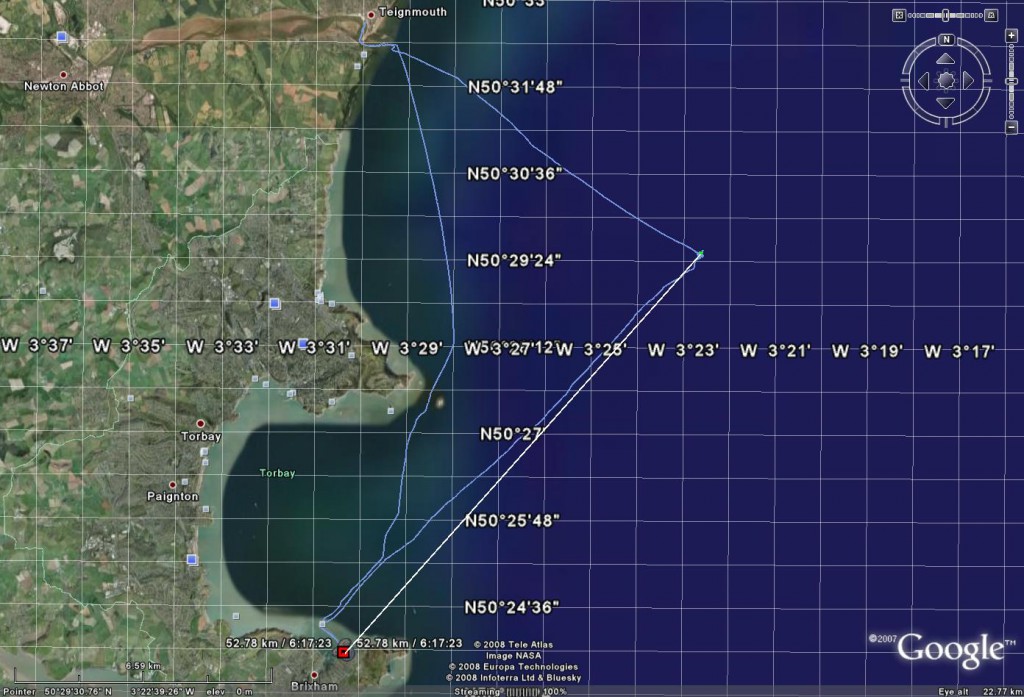 and of our meanderings once over the wreck! 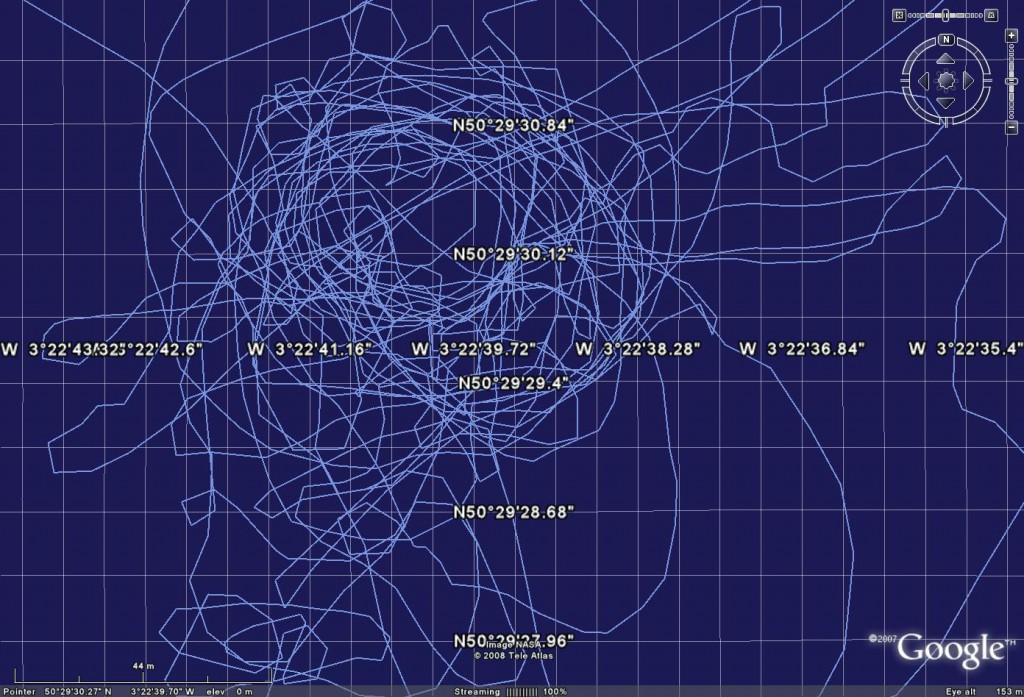